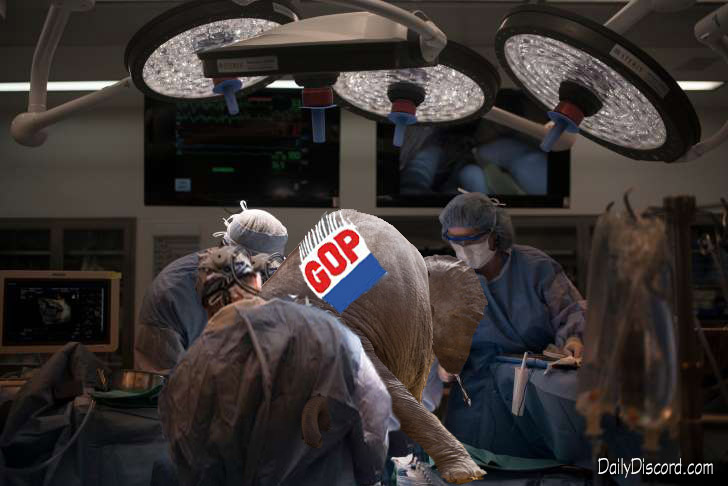 Having the establishment try to pull its head out of its own ass isn’t pretty. It’s kind of like watching Wolverine put in a contact lens, drunk. Liberals are now on the warpath and tearing up Trump rallies. Hopefully riot injuries are covered under Obamacare. Whereas I can’t condone this behavior, the score is still not “even”. Republicans have a problem with comparisons. If our worst behaved liberal citizens are on par with your presidential nominations, you’re still on the short end of the schtick. To put this into war terminology, I tend to point out the horrible actions of General Ass-Clown, while conservatives tend to highlight the behaviors of Cannon Fodder Fred. The intentions of some poorly behaved hoodlums in Chicago do not trump Trump, or any of your other not-ready-for-prime-time candidates. If libs nominated one of the violent rally hoodlums for the position of President, then it would be even. We creep what we sow. So stop planting Trumpquats!

The only enjoyable part of our current political debacle is watching the establishment squirm. The Koch brothers tried getting on the Rubio train, but it was too late. They’ll try backing Kasich after Ohio with similar results. Of course, a liberal spoof news guy suggested they back the semi-sane from the onset, here. Lindsay Graham recently said the Republican party has gone “batshit crazy!” Does this mean Graham is finally channeling Zano? Oh, hell no. Graham is sitting in enough of his own cray-cray guano to power Trump’s campaign for a whole year. Rump Powers?

I agree with Juan Cole’s assessment:

“Trump is still an ethical babe in arms, not having reached the level of kindergarten in his morality. But in this regard, if we are speaking of the principle of the thing, Graham and many in his party just aren’t any different. Most of them speak in this prejudiced way, or use dog whistles to imply it.”

The establishment is almost as flawed as its base. It’s like comparing rotten apples to orange hairs. It’s kind of fun watching them tear themselves apart. 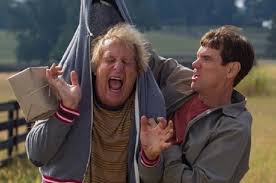 To put this in perspective, the group who hasn’t gotten much of anything right in the 21st century has a crazier and wronger wing about to step into the ring. Worse still, they may yet win a super majority in November. Yay, America! Where does this all end, you ask? As I’ve mentioned, we will either see the end of The GOP, or the end of our nation. Check please! This isn’t hyperbole, but only because I’m not sure what hyperbole means. I can’t get onto the internet right now. They took away my 4G hotspot at work and gave me one linked to my iPhone. It’s not so much a hotspot anymore as a personal warm spot, like after peeing in a pool…onto your iPhone.

Sadly, there are STILL scenarios that could result in a Republican president:

Scenario 1: Hillary clinches the nomination and then her email thing blows up. I don’t believe an indictment is forthcoming, but this could change if documents deemed top secret were mishandled. This one actually has some facts associated with it, folks, thus I’m amazed at the Republicans ability to identify it. Any truth should be effectively cloaked from The GOP. I don’t know the cloak of invisibility spell, but how about Arresto Momentum! Sorry I’m resorting to Harry Potter spells, but these are desperate times. A shadow moves in the east, there are whispers of a nameless fear, Roseypalm Glandheaver of Bugger-downs has reported her dog missing again. Sorry, that was the Shire Report. Miles away.

Scenario 2: If the Bernie brigade is so butt-sour about Hillary winning, they might not vote at all. Let’s face it, motivation is not our young people’s strength. Free college versus polling stations are set to close about when I get up. Hmmm. Wait, there’s a thing on my phone that can wake me up, right?  Seriously, after 4:20 and then the obligatory Circle-K run, this generation is booked.

A friend of mine and fellow discord contributor is clearly falling into scenario 2 country. Last night he announced on to his adoring Fbook fans, “I’m out! I’m not voting.” Well, Sean, don’t you like going to the bank and when you withdraw money, you get…er, money? I like when my credit cards swipes correctly so I can continue to invest in Star Trek memorablilia. It’s going start to paying off, honey. Heck, I even have a Sulu hoop! The only one of it’s kind.

Anyway, you’ll be sad when the banks go on “bank holiday”, or, worse yet, you’re drafted into the Backbacon Canadian Confict. Trudeau is a sensible liberal, so it’s only a matter of time before Herr Trump takes Toronto.  You have no idea how bad things can get in this country, but you’re about to. It’s not really the two thousand mile Grapes of Wrath-style trek back to my brother in law’s farm in upstate New York that bothers me. It’s the flack I’ll get for draft-dodging said Canadianbacon Conflict. Desertion. What’s your policy, eh?

Scenario 3: Conservatives are mind-numbingly motivated. It is dawn of the brain dead. They are coming out of the woodwork like termites on crack. Seriously, I haven’t seen so many red necks this worked up since Will Ferrell opted out of Talladega Nights 2: The Mullet of Ricky Bobby.

If he’d only read the script he would have made that sacrifice. Damn you, Ferrel. Damn you! The right is excited because finally someone as insightful as they are has access to the nuclear codes. Obama underestimated just how sick the Republican party has become. He should have kept up with his spoof news reading. Obama’s plan to listen to their concerns and then reach a reasonable compromise, is like saying, “Yeah, Hannibal Lechter, leave that lady alone. Here’s a coupon for Sizzler.” Good luck with that.

Please vote, Sean, the bank account you save may be your own.