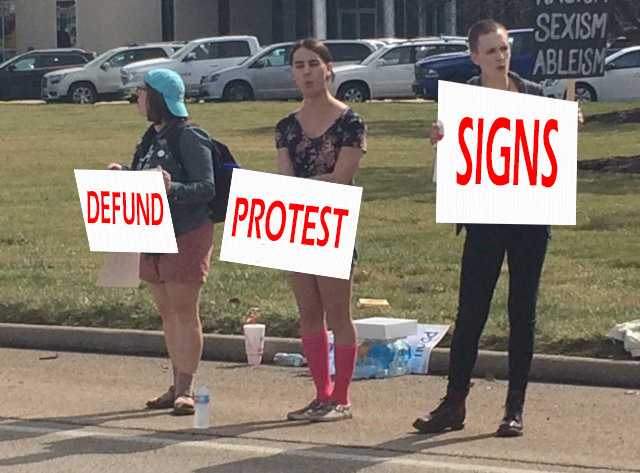 I covered this last time, how dysfunctional green (liberal-level) is attacking potentially higher and lower levels through a new brand of illiberalism. If you don’t understand consciousness theory that’s okay, just understand that in my scenario the culture warriors represent the life-Taft *cough* life raft. [Sorry, I swore I wouldn’t do that one.] This group will singlehandedly breathe new life into this dying elephant in the room. We have them on the ropes, gang, (gang meant in a nice, non-threatening chummy way), so how do we mess this up? Let’s try a plucky band of time-traveling-libs who root through everyone’s browser history for ‘issues.’ The PC police are forming now, but how long until they start turning on their own? What if someone started the reverse trend to embarrass members of our transgender community? How healing would that be, healers? Whereas republicans want to legislate a predominately Christian-minded morality through laws, liberals want to do the same thing by mandating their version of compassion. Both are unconstitutional, period. These actions are illiberal to the core, but that’s not why I am writing this. My key fear is the strengthening of MAGA through this shortsightedness.

Besides, if your focus is supporting the transgender community, why not start with all 38 states that are attempting to pass anti-trans bills, right now? My state of Arizona is shooting for SB1551 and SB1637, which focuses on the usual, sports exclusions and restroom usage. But Montana’s bill is arguably the most offensive; it supports a doctor’s right to refuse to treat trans children. Lovely stuff. You know the difference between their bills and your complaints? Theirs have a much better chance of becoming legislation. They are much better at this than you are, even with an ever-increasing minority. They cheat and you let them.

Focusing on harsher punishments and widening the net for this purge should not trump our current mass extinction, climate change, disparity, or clean air and water. We have some shit to fix here, kids, and pitting constitutionalists v LGBTQ supporters is not the best move on the chessboard. We have to be better than them, every time. We don’t have the luxury of fucking this up. Our worst aspects and impulses will appear in Drudge headline after Drudge headline and they will sway moderate voters in the midterms.

I am trying to move away from politics because processing this political schiessgiest is not healthy. Today you can find me in that bookstore with the bar, but I’m in the teen section. Not because I enjoy the Twilight series, I just picked the physically furthest bookshelf from the political one. Fine, you caught me, I’m getting drunk and rereading Breaking Dawn 2. Don’t you date a werewolf and a vampire, Bella! Just say no.

But here’s a brief little historicity lesson that I hope will show you what we are up against:

In the lead up to WWI, the far rightwing of several European countries, including Germany, were squabbling over parts conquered in areas of Asia and Africa. This was a key cause of the war. And the same conservative brand was there at the table during the nastier parts of the Treaty of Versailles, the conclusion of said war. In fact, French Prime Minister Georges Clemenceau (R) outmaneuvered President Woodrow Wilson (D) by adding a lot of stuff to the treaty designed to weaken Germany for France’s political gain. You know, the same treaty hailed as the leading cause of WWII. This gave the Sean Hannitys and the Laura Ingrahams of the time all the ammunition they needed to talk the German people into voting for the guy with the small mustache.

They were there throughout England’s colonization period as well, aka the same folks forever pushing Apartheid. And, yes, the same folks reared their ugly heads recently to vote themselves out of the EU and plunge the country toward a catastrophic no-deal Brexit. They were the ones at the table in Israel when they decided to prop up Hamas as a strategy (you heard right), and the same ones pushing for ethnic cleansing in the West Bank today (you heard right). What a coincidence, eh? And they were there at the table in this country when we armed and funded the Mujahidin, who ultimately spawned al-Qaeda. They were at the table when we assassinated south American leaders in an effort to derail budding socialist governments, so when liberals someday suggested universal healthcare, they could respond with, “Venezuela.” They are the same ones who pauperized parts of the southern hemisphere in general through crushing trade deals, although that was more of a bipartisan effort. They were in the oval office when we invaded Cambodia while telling the country we were not invading Cambodia. And they were there too when we invaded Iraq by painting them as the key perpetrators of 9/11, who Bush now ironically paints.

Republican leadership further destabilized South America which greatly contributed to the immigration caravans arriving today. Same idea across the pond. The Iraq War, and subsequent democracy planting, destabilized the Middle East further and caused the mass exodus to Europe that caused Brexit and hurt more liberal leadership as they floundered with the resulting and massive influx of immigrants arriving on their shores.

No matter what key moment in history we are talking about, those harsher punishers, those apartheid defenders, and those inhumane aspects of humanity, are always present at those tables. It’s the same level of consciousness that rolled Panzers into Paris, annexed Crimea, set up rape rooms in Baghdad, and impaled enemies on the lawn of a certain Count’s castle. And, yes, it’s the same level that tortured in Abu-Ghraib and Guantanamo Bay.

I even remember when the Berlin Wall fell as a kid. In my own head I played out how I would have handled my meeting with Gorbachev. No shots were fired, so this could have been a partnership from day one, aka Moscow’s seamless shift into capitalism and members of the international community. But no, Lord Reagan, cut from the same pathetic cloth, needed to punish the Soviets, which made way for Putin, who a future republican president got to collude with. Winning! Let’s not forget Reagan illegally funded the drug-dealing Contras in Nicaragua and hostile aspects of Iran to help in his proxy war with Iraq. Yes, I was functioning at a higher level of consciousness than Lord Reagan at 12.

It’s amazing how republicans always do something evil and thoughtless in the past that actually helps future thems return to power, to perpetuate more evil and thoughtlessness acts. For much of this history, especially as far back as the Treaty of Versailles, I understand the liberal level of consciousness was just budding. But today, it consists of about 30% of the population of the US. It’s arguably larger than those operating at fundamental/republican levels of thought.

But where were these higher perspectives hiding through all of this madness? Most liberals are still those amazing, shining beacons of compassion and tolerance, but we need to identify when we start going off the rails. This is a skill almost entirely absent on the right. And, yes, most of us in 2021 have figured out just how horrible our republican friends can be if left to their own devices, but if liberal-minded leaders can overcome gerrymandering, voter suppression, republican propaganda, and lies, and somehow get beyond this increasingly radical supreme court to claw our way to one of those seats at the next reeeaally important historical table …well, here’s what I fear:

The representative from California has the floor.

“Before we talk about this Borg cube-thing entering the Earth’s atmosphere, we need to address the republican chair’s behavior in high school; when he made fun of Def Leppard’s drummer for having only one arm.”

In no way do I want to minimize the plight and/or the rights of anyone in our LGBTQ community, or one of the only drummers in rock-n-roll history to not choke on his own vomit, but if we lose focus on the constitution and the ball … look, no matter how each of us was biologically born, we all have assholes, which is a good thing because we are going to need those during the long, dark humanity-buggering to come.