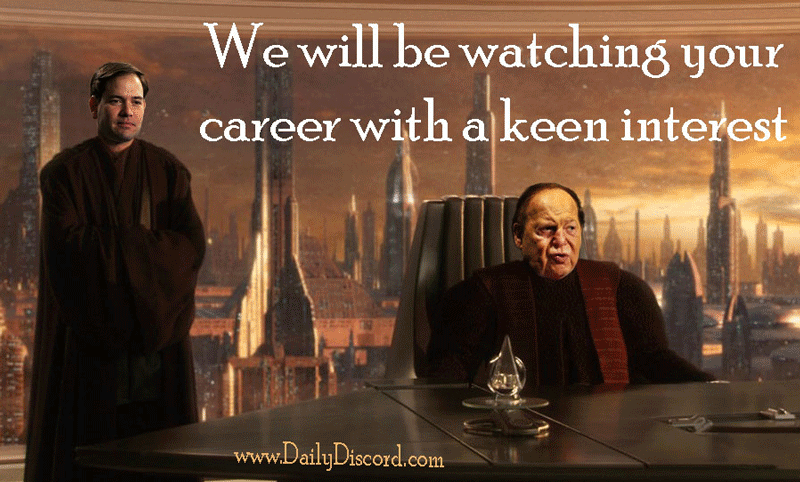 If only republicans could harness Rubio’s palpableness, or, in this case, his Palaptineness. I like to start off by not making sense, but let me explain how our democracy works today. Sorry that I used the words democracy and works and today in the same sentence. Boy, I’m off to a worse start than the Mets. Republicans can’t identify their best and brightest, which is shocking when one considers how few exist. Celestially speaking, if republicans were a heavenly body they would be a black hole. They’re a large light-bending mass capable of sucking the air out of any room, and then the room, and then the planet the room is situated on. Theory of Irrelativity?

Rubio handily won both key debates, but he initially got little reward for his efforts. Enters Citizens United—a law foisted onto us by this clown car of a party. This allowed the Sheldon Adelson’s of the world to help someone like Rubio emerge from this know-nothing wasteland. Billionaire Paul Singer just added his two billion cents, here. A few moguls have the right idea to win back The White House. Apparently their money can outright elect their chosen candidate—just like our Founding Fathers envisioned. Colonists United? If this works and Rubio becomes the nominee, republicans may have inadvertently spared themselves by their own shortsightedness. The Tao of Dimness?

After the first debate I told our resident expert, Dr. Kwela Juluka, that Jeb would fall and Rubio would rise. Folks are now asking Jeb to take his campaign out back and shoot it. I would like to extrapolate that a bit by suggesting The GOP takes its entire political party out back for that same purpose. This shouldn’t be difficult; they’re all packing. The fact the presumptive nominee was another Bush in the first place is off the chart, which is fine because historically republicans haven’t mastered those either. 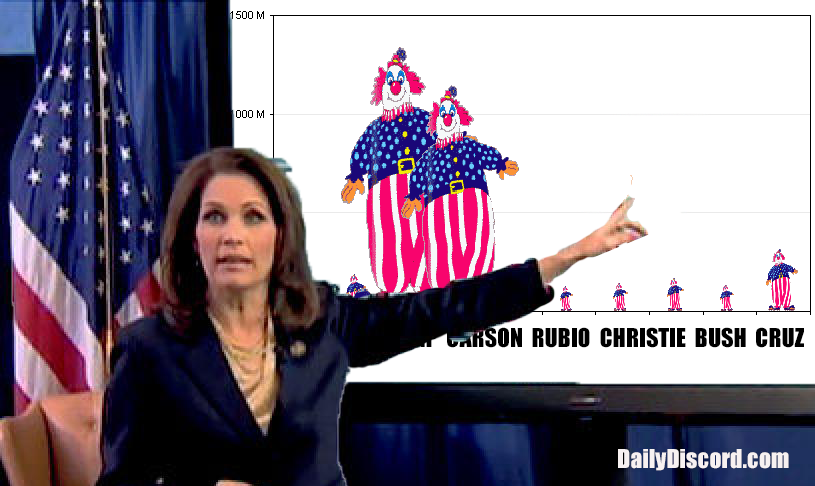 Of course, they will invariably counter with, well, you want another Clinton. First off, I don’t. Even still, here’s something else none of you are really good at, math. You’re comparing a good president (Bill) and a question mark (Hillary) to a mediocre president (Bush senior) and a Holy Shit, WTF?! (Bush Jr). See? That’s not an even match—even in a world so slanted that all the beer coasters in Milwaukee couldn’t level a bar stool.

I’m really concerned Rubio will eventually become the nomination, effectively splitting the Latino vote and increasing the chances of a republican general election victory. Like me, he’s a good debater, good looking, articulate, and he presents as presidential. No responding with pictures from the staff Halloween Party, please. 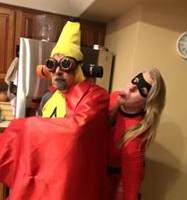 Don’t get me wrong, Rubio’s is still a delusional know-nothing like the rest. He thinks Benghazi makes sense and Climate Change doesn’t, but at least he cleans up well and can form complete sentences. This generally doesn’t help in the primaries, because the audience can’t. He can also assess what’s happening in real time. I know that’s incredibly pathetic, but he does stand out in this crowd. Why, you ask? Well, I’ve been covering how The GOP only distorts events. He did accurately predict what Putin would do after building his military airbase in Damascus. Hint: it involves airplanes.

“Here’s what you’re going to see in the next few weeks: the Russians will begin to fly combat missions in that region, not just targeting ISIS, but to prop up Assad.”

“They’re opening a new sporting goods store here in Flagstaff. Here’s what you’re going to see in the next few weeks, people are going to go into that store and purchase a wide range of sporting goods for their recreational use and pleasure.”

His skills may be better, but the word ‘better’ in republicana is a relative term. Republicans are playing so far in right field today, if they were Yankee Stadium, they’d be playing waste deep in the East River. Sadly, Rubio is gaining ground. I’m a fairly good prognosticator, except when it comes to political races, so I hope I’m wrong about this one.

“Everyone seems to think Rubio is probably going to be the nominee, but the voters themselves don’t seem to be aware of it yet.”

“The battle to consolidate establishment support has begun. And despite his name, family associations, size of his Super PAC, Jeb has lost ground to Rubio. Look to Marco to emerge as the establishment’s last best hope to take down Trump.”

OMG! I’m agreeing with Pat Buchanan! That’s another sure sign of the apocalypse. I think this dark omen comes between swarms of locust and then the swarms of radioactively-enlarged ants. Sorry, I haven’t read The Bible lately, but I think that’s it. I have actually enjoyed watching the death throes of this shit-show of a party. But can they regroup? Of course they can, but will they? Probably not. Regrouping takes self reflection and insight and the republican party has shown neither for the majority of my adult life. I know from that picture I don’t exactly look like an adult, but… oh, never mind.