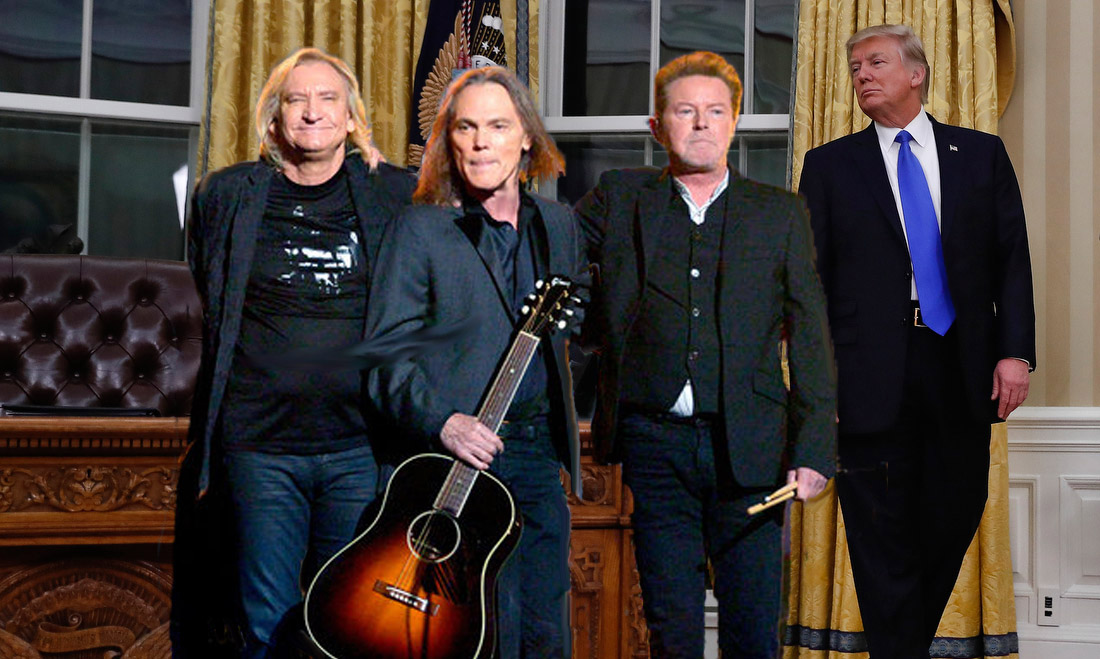 Tweet Tower—President Trump met with the surviving members of the rock band, The Eagles, today in the Oval Office. When asked about the meeting with the Super Bowl champion, Philadelphia Eagles, the president made it sound as if this was the plan all along. “I said I wanted to meet with the Eagles and there was some confusion from a staffer who I since fired, but I think it’s good now,” said President Trump. “I love Hotel California and Sweet Home Alabama. These guys are my favorite band—next to Ed Zeppelin. I love me some Ed. Hey, can we get Ed next time?”Critics believe the president is deflecting attention away from the fact many of the Philadelphia Eagles were not interested in meeting with the president. A survey found three quarters of the football team believe the president is “a douchebag”. The president is denying he is a douchebag and has buried the results of the survey under a pile of McDonald’s wrappers in his desk.

Press Secretary Sarah Huckabee Sanders insists there was no snafu. She reiterated that a staffer had initially misunderstood the president’s wishes, but the situation was quickly resolved. She also denied two of the band members took a knee in the Oval Office during their historic visit, claiming, “They were just kneeling before their new king.”