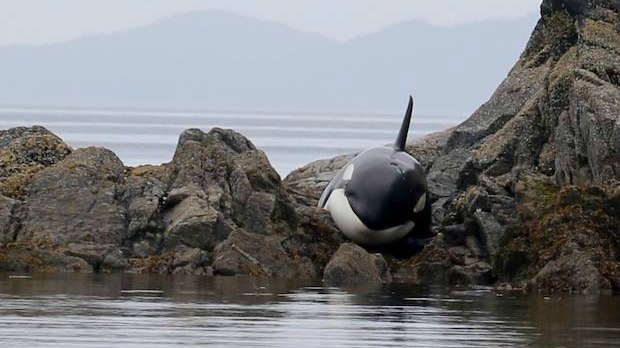 The Pacific Ocean—A killer whale was found dead yesterday after consuming 17 lbs of now non-recyclable plastic during what friends are calling “a bet gone awry.” The previous record for plastic consumption by a cetacean was held by Polymer Pete, a blue whale who one day turned bluer from asphyxiation and choked to death. A liberal oceanographer remains annoyed at this hour, “Sorry another whale is dead, but the thing was mixing high and low density polyethylene as well as any and all vinyl and terephthalate. It’s like going back in time to prehistoric cave-people recycling.” Fred and Ethylene Flintstone were unavailable for comment.

Marine biologist Sterling Hogbein, of the Hogbein Institute and sushi, said, “Generally sea creatures of that size can ingest roughly eight pounds of plastic in one sitting, especially if they’re in a fraternity. Seventeen pounds, however, should not be consumed without the advice of a physician. I’m a physician and, sure, I’m fine with it …well, if you’re in a fraternity. Oh, and remember 17 pounds is almost 4 meters for those unfamiliar with the metric system.”

A dolphin acquaintance of the deceased killer whale said, “Yeah, that fella’s whale pod is chock full of total assholes. They were always encouraging him to jump ice bergs, hump walruses, or break Polymer Pete’s plastic record. Sadly, this whale was an accident waiting to breach.”

The dolphins comments are paraphrased from a serious of aquatic squeaks and whistles. He may have just been asking for another smelt.