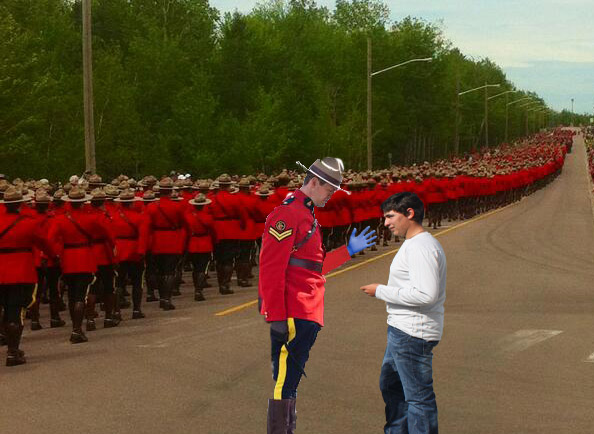 The Frozen North—Prime Minister of Canada Justin Trudeau has announced his decision to deploy Mounties to the border on the news that droves of Americans are flooding northward in an attempt to better meet their healthcare needs. Trudeau had a stern message for his southern neighbors today, “I have authorized the redeployment of 17,000 Canadian Mounties to our southern border. I’m sending the horses later as there was a bit of a mix up. But sorry America, Canada is full, so kindly piss off. Go fix your own healthcare system and don’t over-strain ours. Of course we have coverage for strains and you probably don’t, but whose fault is that? I’d suggest you get your head scanned, but that’s probably not covered either. Turn your heads around now and cough, because the only medical care you’re going to get at the Canadian border is a free prostate exam!”

Trudeau is also floating the controversial idea of separating Republicans from their adults at the border “to see how they like it.” There’s even talk of keeping them in “igloo cities,” while they await processing. And by processing Trudeau means, “made into Soylent products.” Canada is apparently calling this new delicacy SPAM, or Specially Prepared American Meat, but the people at Hormel have already protested.

Trudeau was later caught on a hot mic saying, “They’re all heading to Medicine Hat. What? Do they think there are more clinics and pharmacies there or something?”

[Build the Wallgreens joke omitted by the Canadian government.]