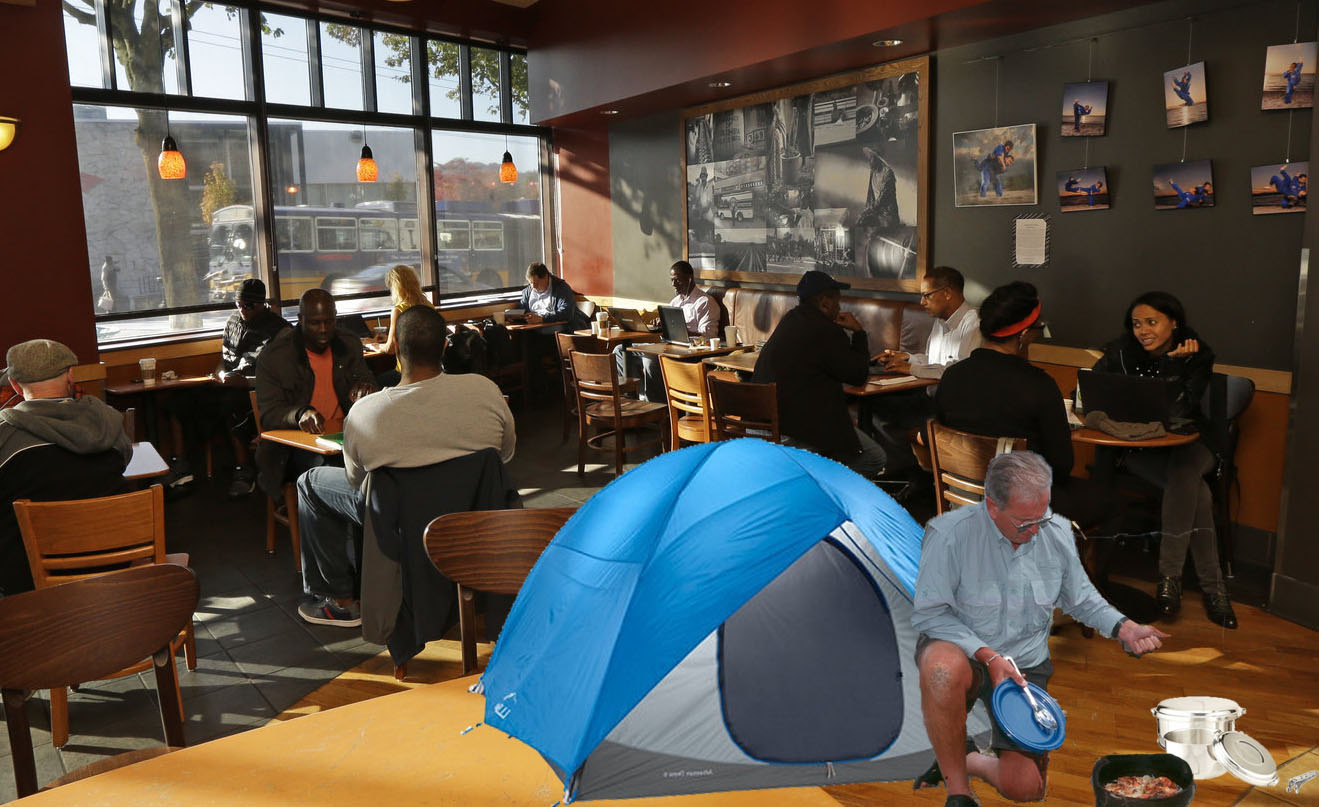 Towson, MD—Stanley Freed, founder of Occupy Starbucks, started his movement shortly after his wife kicked him out yesterday. This morning things quickly escalated when some pro-caffeine, counter protestors arrived from the Black Coffee Matters movement. The confrontation between Mr. Freed and the group of yuppie espressorados lasted for seven long minutes, while onlookers kept staring at their iPhones and laptops. Mr. Freed is white and the Starbuck’s manager is black—so, not liking the odds, the police were never called. The employees resolved instead to huddle in the backroom and snort Via packets until the standoff ended.

The Starbucks CEO is less than pleased with The Daily Discord’s feature and already posted a public complaint:

By now, you may be aware of the disheartening and slanderous post published by The Daily Discord. I’m writing this to convey three things:

First, The Daily Discord is ‘fake news’ and we are working along side Mark Zuckerberg, Al Gore (who invented the internet), and that guy from Trivago to end their reign of fake terror.

Second, the fact that some of their garbage is written in various Starbucks across our nation makes me want to throw up in my mouth a little bit.

Finally, after last week’s debacle we are still trying to implement operation Philadelphia Experiment, so, frankly, we don’t need this shit.

Thank you for allowing me to venti.