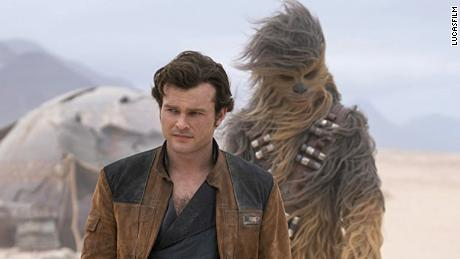 A long time ago, in a box office far, far away—Hailed as an American space western, Solo: A Star Wars Story follows the exploits of character Han Solo and his Wookie companion, Chewbacca. This time LucasFilm went with director Ron Howard, best known for playing Opie in the popular 60s situation comedy, The Andy Griffith Show. The film was named after the one person who went to see this space dud since it’s opening last week. Many are calling this a huge victory for the empire, who really don’t like how they are portrayed in most of the films.

Yeah, I got nothing this week. Does anyone need a comedy writer? Mr. Winslow is ignoring my receipts and business expenses. We need a heliport, Winslow! I have the roof picked out!