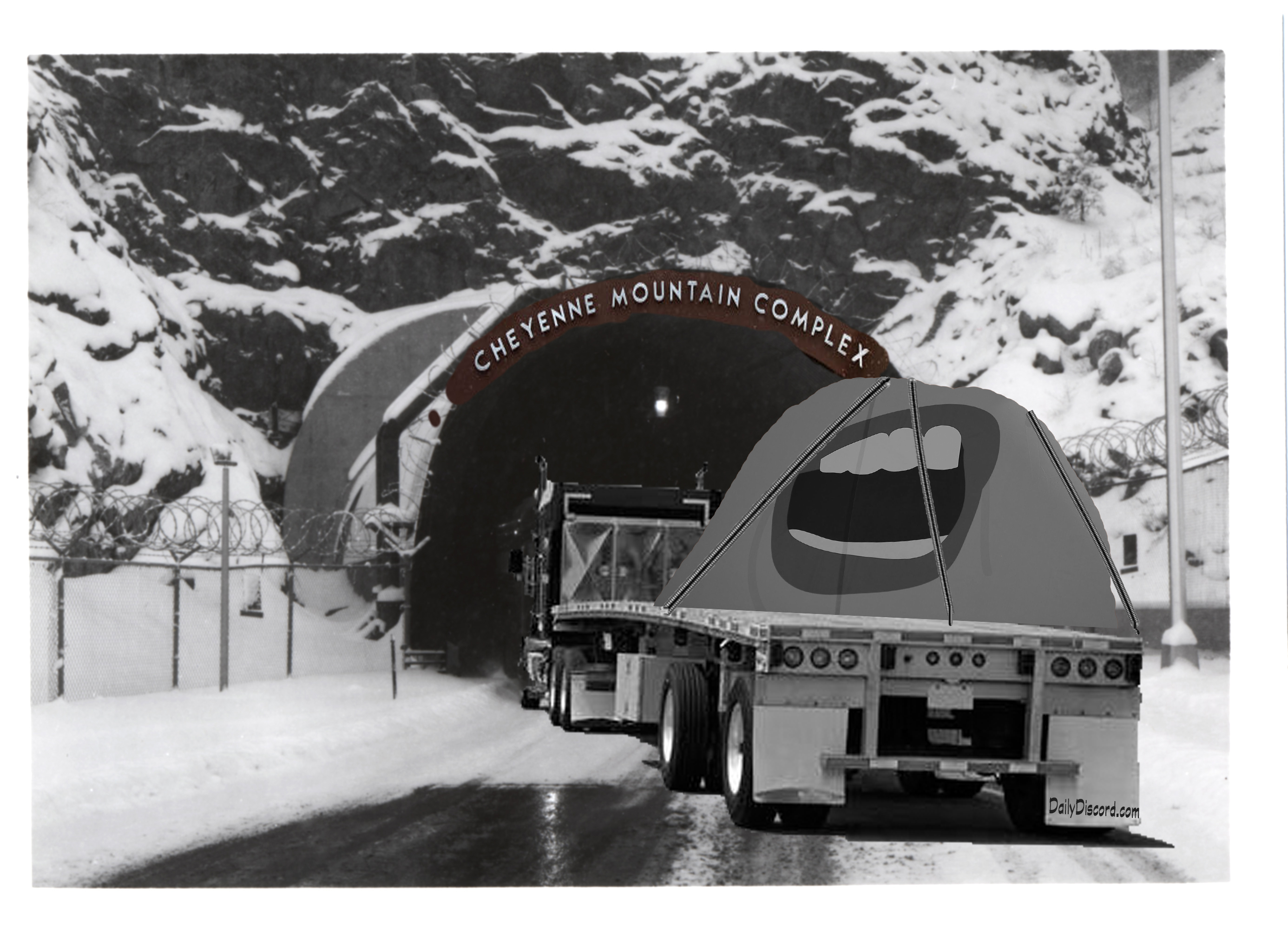 El Paso County, CO—Senate Majority leader Mitch McConnell is denying allegations that he’s worked out a scheme to hold the presidency firmly in Republican control, yet silence the baser impulses of the current occupier of the Oval Office. A senior staffer has leaked a nefarious plot to transport Donald Trump’s mouth to Cheyenne Mountain, and bury it under several miles of granite. The Republican co-conspirators hope to obtain the president’s mouth while he’s sleeping, which according to Twitter feed patterns occurs roughly between 2:00 and 2:15 AM each morning. Scientists estimate the half-life of a half-wit will allow President Trump’s mouth to continue to spout off to the surrounding radioactive barrels for the next 6.3 billion tweets.

Critics are calling this action “an attempted chew.” Even those sympathetic to the plan claim it wouldn’t end the president’s tweeting capabilities, let alone mitigate his mountain-sized ego. Others maintain that if Trump’s mouth could be stored alongside other harmful material, it would be a win for The GOP and environmentalists alike.

“It’s simple,” said congressman Blathers (R-NE), “We want this president to continue to do terrible things in the name of conservatism, but way more quietly #DL.”

Speaker of the House Nancy Pelosi is calling this move a good start, but questions the wisdom of leaving any part of the president in power and/or above ground. She told reporters today, “I said the president was in way over his head last Friday, so burying his mouth miles under the earth would only strengthen my position.”

The president responded today to the leaked plan by tweeting, “You aint gonna put my mouth in Cheney Mountain! If I can’t quid pro quo, they can’t coup d’e twat!!” A second twat from the president included the phrases: “Mounting Cheyenne” and “the Oval Orifice,” but these tweets were quickly deleted and replaced with something even less appropriate.