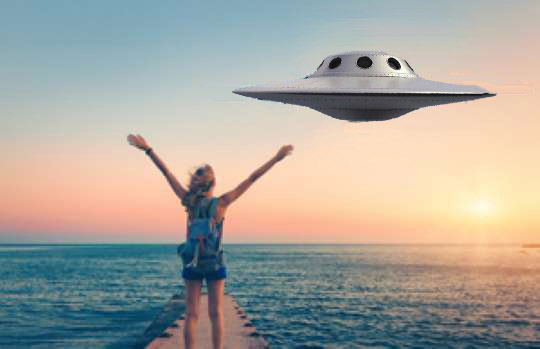 A Discord poll found an astounding 52% of those questioned would prefer to be abducted by extraterrestrials than endure four more years of a Donald Trump presidency. This staggering number remained almost as high when participants were reminded of the whole anal-probe thing (APT). The poll comes with a margin of error plus or minus 95% as Alex Bone was wrongly provided a corporate credit card during the Tucson survey, which took place at a brewpub during happy hour. Charges pending.

The same poll also suggests 100% of those surveyed believe Mr. Bone should not hold any position of authority in any organization, let alone have access to a corporate credit card. Meanwhile, space pioneers Elon Musk, Richard Branson and Jeff Bezos are all scrambling to provide cosmic retreats for liberals as a potentially safer alternative to the false promise of a new life in the Gamma Quadrant by passing UFOs.

Trump tweeted, “Why go all the way to space when we can pick you up and perform experiments on you right here on our southern border? Cheaper! Closer!!”