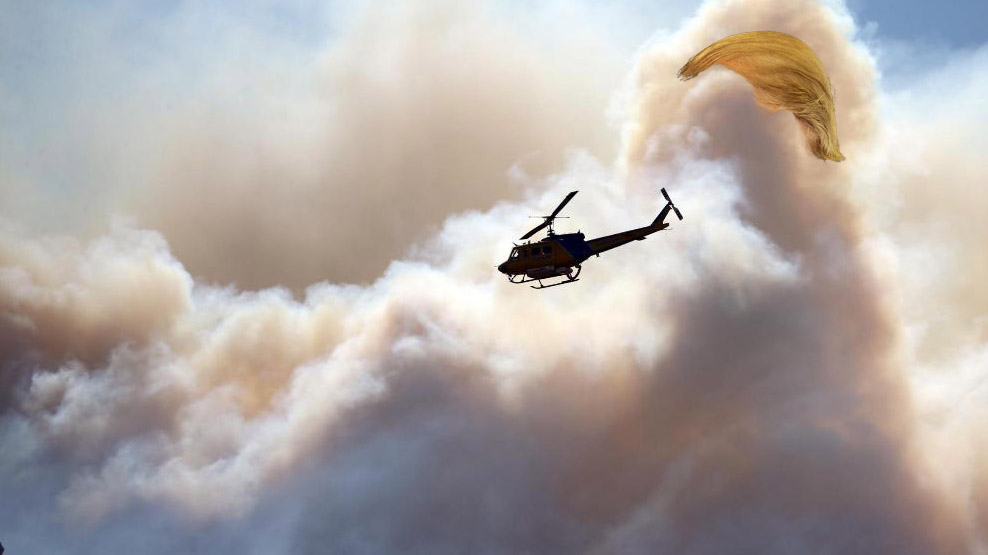 Paradise, CA—A controversial study was published today in The Lancet by Dr. Sterling Hogbein, of the Hogbein Institute and Coin Op Laundry. Data from the self-proclaimed ‘quantum psychologist’ suggests the height of the smoke plumes from the recent devastating wildfires in California topped that of the average size of Donald Trump’s ego for a brief period of time between the hours of 7:15AM and 9:28AM PST Sunday, November, 17. The White House has thus far refused to comment on the controversial piece of peer reviewed research, which may only further the psychologist’s claim.

The giant plume could be seen from space and the International Space Station has verified this is also true for Donald Trump’s ego. These facts compelled the researcher to quantumly misappropriate grant funds and compare the two goliaths in his anti-bartab decelerator (ABD). Dr. Hogbein admits that Trump’s ego could actually grow after the release of the studies results, “It’s all very quantum,” said Hogbein. “Take light, for instance, you can see it is a particle or a wave but not both at the same time. With Trump you can read his tweets, but you can’t decipher them #Covfefe.”

Breaking: President Donald Trump just tweeted, “Who believes a quantum psychiatrist? I have a note from my quantum psychiatrist written by me! He/me says my brain and all my emotions are more normal than normal. My brain is super normal!! Very rare, but good! #AbbyNormalSuperNormal.”