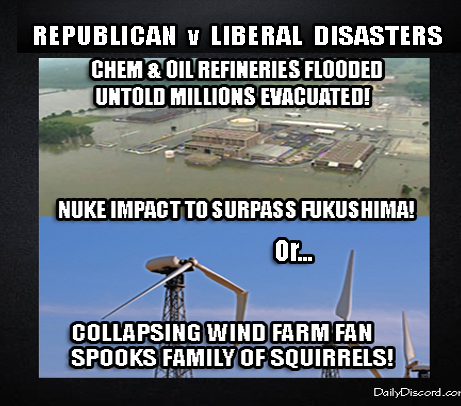 While we should all be very proud of the individual efforts of Texans during the aftermath of Harvey, let’s not let this impressive local chutzpah distract us from the key takeaway points. Wait, I’m being told the Keys have already been taken away by Irma. In 2017, we remain woefully unprepared for future meteorological events, which can mostly be attributed to a Lemony Snickets-syle series of unfortunate elections. Let’s review the Republican scorecard: 1. They didn’t want a carbon tax to reduce the CO2 levels in the atmosphere; 2. Under Trump, city planning projects are forbidden to use flood studies that take rising sea levels into consideration; 4. They never want to fund basic civil engineering projects to protect our cities in the first place, citing cost and a general repulsion to anything resembling forethought; and 5. They have always been reluctant to switch to green energies for fear of improving our species chance of survival.

The result? Fourteen superfund sites and over 450 refineries and chemical plants were at risk in Houston and two nuclear power plants were threatened in Florida. Whether weather ultimately destroys our economy is unknown but, fear not, Republicans will likely finish off capitalism long before the climate has a chance.

This is just one reason why, when it comes to all things foreign and domestic, the GOP has proven to be an unswerving beacon of wrongness. What conservatives haven’t figured out, even in 2017, is this: the only way this country is going to survive their own abject stupidity is if the GOP goes back to the old Glenn Beck drawing board. Ok, scratch that. Wait, I don’t like that sound. Scratching a chalkboard is the worst thing in the world, well, next to Republicans.

What’s the answer? Republicans need only take this one step toward relevance: learn to process information, not just regurgitate it. It sounds simple, but they just suck at it. Have you ever heard any of your Republican friends and family stray from a Fox News talking point? Yeah, me neither.

According to a Washington Post article, just weeks before The Winder Twins came to towns, Trump was trying to rollback Obama-created standards designed to “reduce the risks posed by flooding that established new construction standards for roads, housing and other infrastructure projects that receive federal dollars.” Dip-shit hooray! Dip-shit hooray!

Texas probably represents one of the most unregulated of our unregulated states. By never bothering to address the real problem, namely fossil fuels, we have more shit leaching into the Gulf right now than during the aftermath of the great gas station, chilidog eating contest of ’04. Never again. Obama era EPA reports suggest that if the situation at the Houston Akema plant had worsened, it could have put 23-million people at risk. Fear not, the Trump risk-management team downgraded this risk to:

“The only danger is to those people insistent on breathing in the impacted area.”

Yes, the new joke-EPA under Scott Pruitt plans to bury the environmental impact of all of these disasters. In fact, he will likely bury them in newly approved EPA Styrofoam container …under a playground …near an aquifer. Fear not, brave Foxeteers, the true ecological impact of anything industry-related will likely never reach your sensitive ears, as facts rarely do. The Atlantic just posted a related article: The Looming Superfund Nightmare.

Ted Cruz had a different experience this round when it’s your own state hit by some weather. This climate argument should have been settled long ago, as it has everywhere else. What’s still the Republican excuse? The science isn’t settled. We still have more questions …about Benghazi. 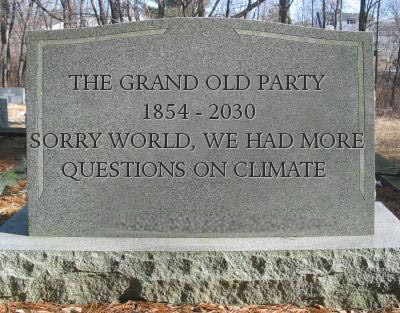 Start to understand the threat posed, not by radical Islam, but by our own fundamentalist throwbacks operating right here in our midst. Having countless and, for the most part, meaningless conversations over the years, I think I understand the problem! Never confuse the warrior class with the thinking class. EVER. We need you, but not as the visionaries. Your War on Reason will prove as effective as all the rest of your bullshit wars and initiatives.

In the near future climate scientists are warning that huge swaths of the Middle East will become entirely uninhabitable. Ironically, this will likely only help the conservative cause, as it already paid dividends through Brexit as waves of displaced peeps stoked nationalistic fervor across Europe. So you cause the problem by destabilizing the entire Middle East via the Bush Doctrine, you then ignore climate science, and then you sit back and reap the electoral rewards. It’s win-win! At least for the species most likely to replace us.

So you best make that wall high, folks! Kidding, this country will be a shell of itself long before Trump’s wall settles. Still kidding, the wall will never be completed. At this rate he won’t have enough of a wall completed for a photo op.

Humanity, as led by the incompetence of one particular U.S. political party, is barreling toward a Great Culling. But don’t fret, folks, ‘Great’ is right in the name, so you wont have to change the words on your hat too much. I’ll even try to help you with that, well, at least until net neutrality laws are gutted. What’s not to love about the GOP, besides everything? 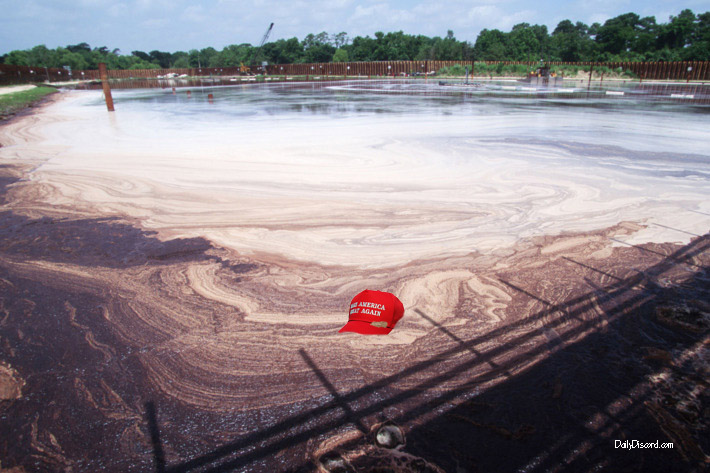