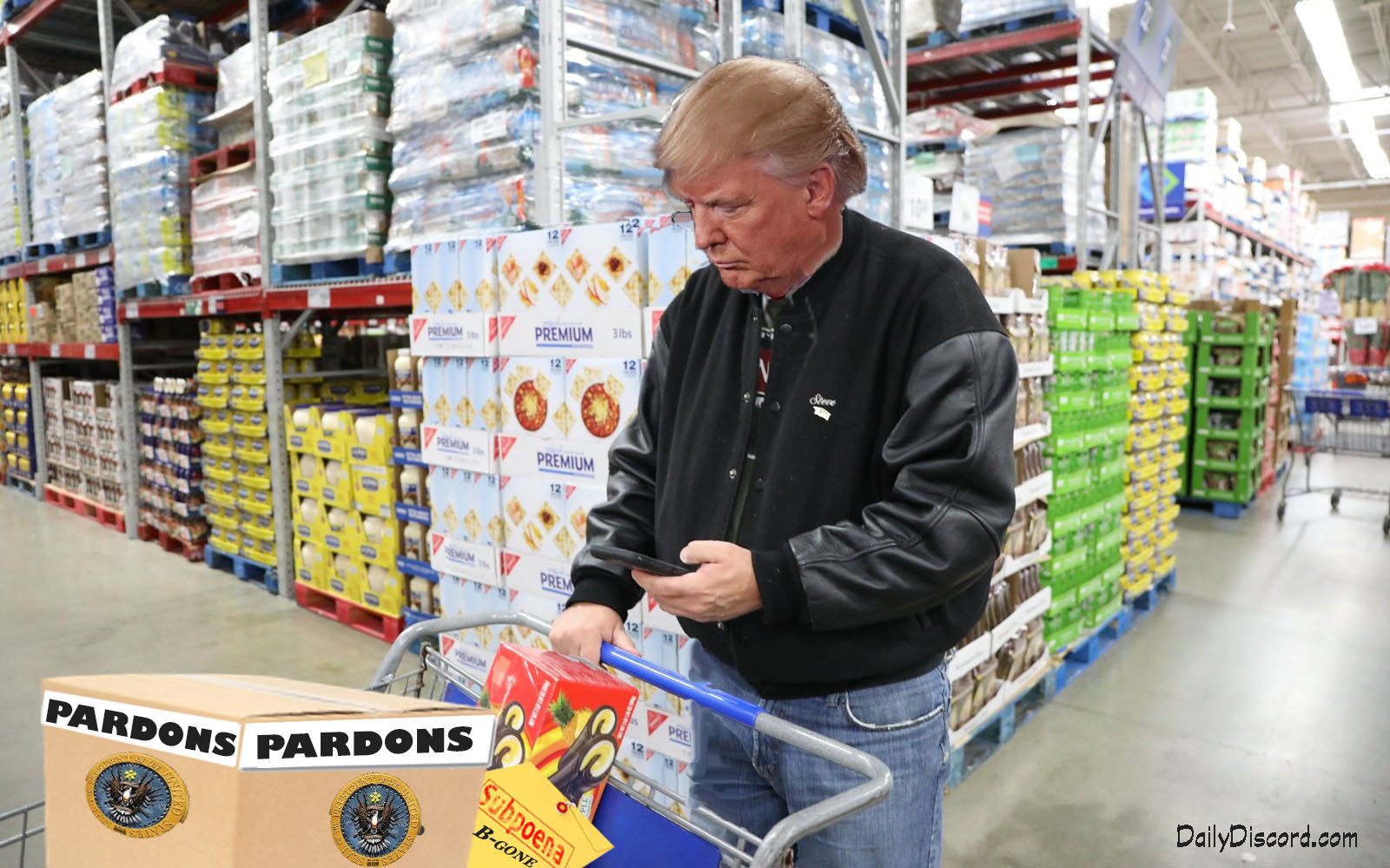 President Trump said, “I love this pardon-thing! Love it!! No one can say shit because it’s totally at the pleasure of the president. And pardoning myself, my friends, and my family will be a great pleasure. I can pardon who I want for good reasons, bad reasons or no reasons, because I’m beyond reason. By the end of my administration everything is going to work like that. Kidding, there’s not going to be an end to my administration.”

The president’s lawyers have floated the idea of a pre-pardon that covers the president for all past, present, and future wrongdoing and there is even talk of a pre-cognition pardon (PCP), which pardons the president before anyone even thinks about indicting him.