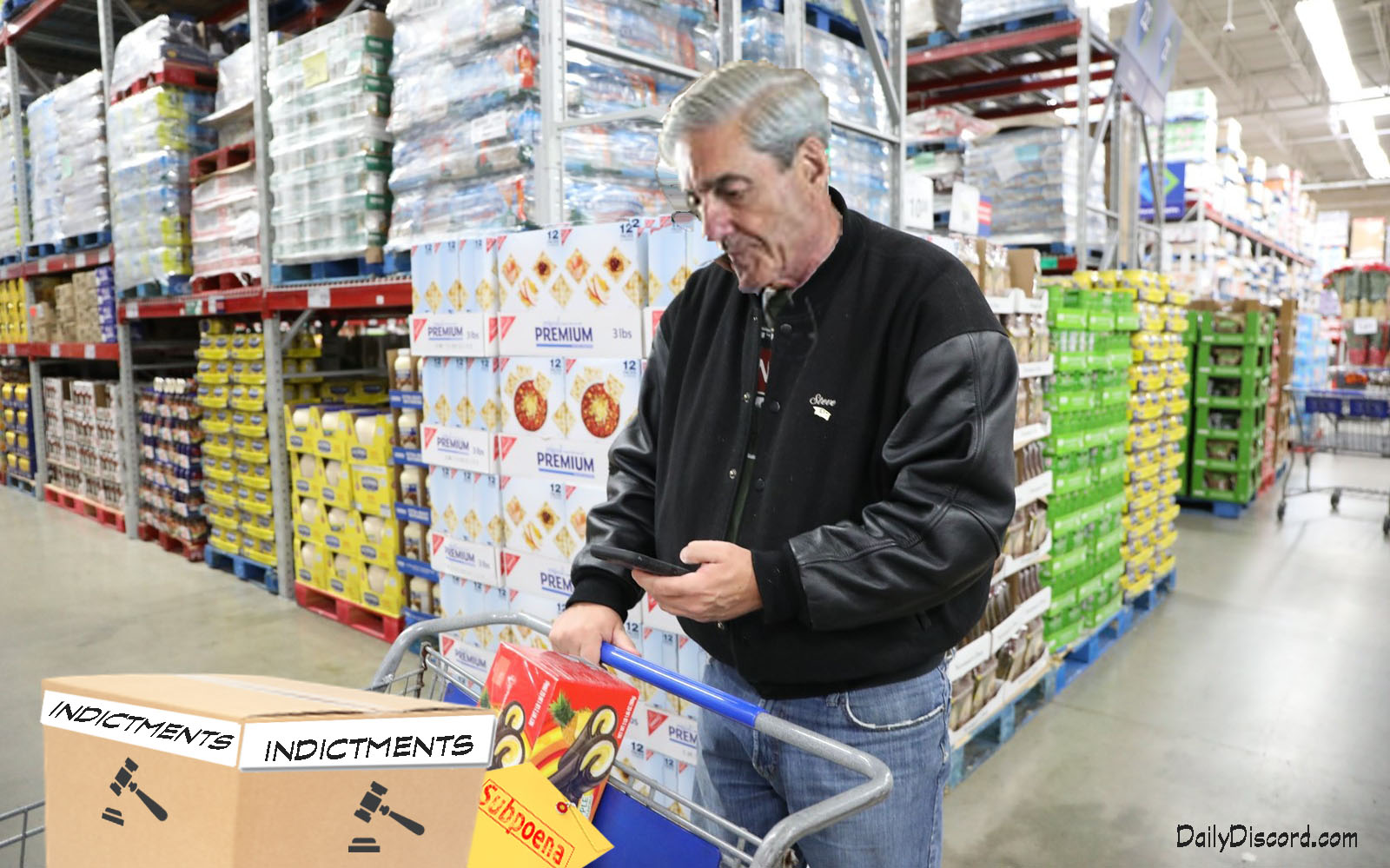 Rockville, MD—Special Prosecutor Bob Mueller was seen leaving a Sam’s Club in Rockville Maryland pushing a shopping cart full of indictments and subpoenas. An unnamed source believes the special counsel-led investigation has expanded to the automotive and hardware sections. In a rare public statement, Mueller told the Daily Discord, “I was thinking about going to Out-of-Office Max or Indictments-R-Us, but then I was I like, Fuck it, I need to get gas too.”

Mueller denies this is a two-year fishing expedition, and claims his trip to the sporting goods department for lures and live bait was “just a coincidence.” He then reminded a butcher, “I do have a wide latitude in this investigation, but due to some blood sugar issues I will be steering clear of the bakery aisle.”

Mr. Mueller requested numerous documents from the office supply section, before asking one ‘Cliff’ over in Hardware, “I would like to expand my special prosecutor’s toolkit, where are the screwdrivers and sledge hammers?” He later refused to comment on whether it’s curtains for the President, but did state, “But the curtains in my house are sagging horribly. Whether the president himself is sagging horribly is self-evident.”

If this is a witch hunt, Sam’s Club personnel made it clear to the Special Prosecutor that such costumes will not be hitting the shelves until September. Only two aisles were open when Mr. Mueller was ready for checkout, so he initially threatened to subpoena additional checkout clerks, but ultimately opted not to make a federal case out of it.