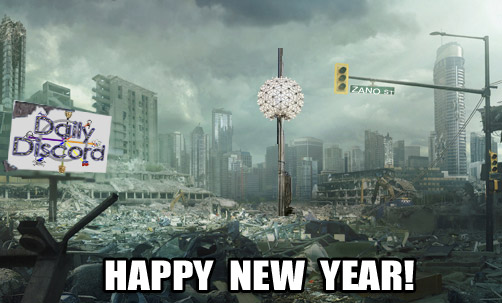 Perusing the Discord files was an enlightening trip down memory-impaired lane. It was a great reminder of the staggering consistency of Republican ignorance. The Ingraham-style Angle is always a distraction and it’s an astoundingly cyclic and repetitive one. An event happens, Republicans draw the opposite conclusion, then they’re proven wrong, then they’re too busy being wrong about something else to notice, and then Reince, Priebus, Repeat. So what were they going on about six months ago? According to our archives here. How about this time last year? Pizzagate! Remember that slice of cheesy crapolla? How about two years ago? In 2015 Pokey was Caliphate fear-mongering for Christmas. Holy Crusades Batman! How about this time in 2013? Oh, yeah, Travelgate. Wow! Check out that overblown pile of Traveloshitty, here. It’s harder to go back in the archives further from our old server, but dammit, let’s do this! Yep, it gets worse as you go back …for them. Over the years my predictions seem to be spot on, so there’s must be spot off …which is fine if you’re a carpet cleaner.

The archives also showed some articles on Climategate, remember that steamy pile of fixed data? For those not sure how that one ended, the scientists at the heart of that WikiLeaks-style scandal were exonerated.

And sprinkled lovingly throughout the last two and a half years is, of course, Benghazi. Trey Gowdy, the main Hillary-hunter, just asked Mueller’s team to wrap this Russia-probe up. What?! Why is there such an inverse relationship to the truth? The Russia probe will likely prove to be the story of the century, but investigate quickly, guys, because we have the eighth Benghazi committee already lined up.

Bigfoot To Testify On Benghazi 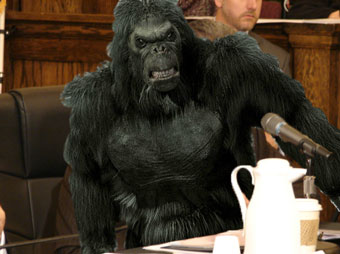 There’s not only a great disparity of wealth in this country, but of political prowess. Republicans are still trying to get an unemployed woman on a technicality, instead of addressing the real problem: themselves. While my friend and blogversary, Pokey McDooris, was up at night worrying about the ISIS caliphate that was doomed from the getgo, I warned about our march toward war with Iran under Bush. Obama managed to pause the war drums with the Iran deal, but here we go again on our own. In 2015 I pondered a Republican winning the presidency and the inherent associated dangers, story here.

“President John Q. Republican would likely be even more delusional than their last president, as that’s the current GOP trend…

Meetings with other world leaders would become surreal as other parts of the globe aren’t really privy to the whole Fox News alternate universe thing (FNAUT). This will likely come as a great surprise to President John Q., who doesn’t understand why everyone doesn’t thank America, regardless of its actions, or recent policies, or inability to adhere to international law.”

Yep, it’s a recap before it happened. I’m actually not all that insightful, folks. It’s just that you can set your watch to Republican incompetence. Today is no different. During the lead up to ass-clown’s demise, the right is stoking up Russian Dossier and Uranium One fires. Let’s see, so we have some rough British intelligence that seems to check out and suggests our president may be compromised to the Russians. He’s been doing Putin’s bidding since his arrival, best recap here. Oh, and it will likely prove 80% to 90% accurate. But that’s not the story. The story is how the Dossier was obtained. You know, obtained by a known and trusted British intelligence Kingsman-type who tipped off the FBI about the possibility of a compromised candidate for president. That’s the best you got? No, it’s Uranium One, a deal between Canada and Russia that has so little to do with Hillary Clinton. Even the president’s own AG doesn’t think there’s enough to open an independent council. Of course, that won’t stop ass-clown from forcing one anyway… Benghazi Jr.?

There’s one area of common ground with my blogversary: we are both disturbed by the expansion of the NSA surveillance program. But this week a group of Republicans are trying to, without debate, renew the NSA program and expand it by sneaking it into another bill. So in the rare instances of insight, your solution is to vote for the people who invariably exacerbate shit? This is today’s news, Poke, not some debunked scandal from the ghost of Pizzagate past. How do you fall for false narrative after false narrative after false narrative?

Why not stop making shit up? Stop breaking our economy, stop invading the wrong country, stop rolling back the Constitution in the name of freedom! You people are politically deranged. Trump is giving $80 billion more to the military. I never thought I would ask this question, but what does he know that we don’t? Hopefully Mueller represents an intervention, of sorts …oh, that’s right, you’re trying to kick him out too. On that note: The Discord is officially calling for an investigation of the investigation of Mueller’s investigation of the president. You people are batshit.

How about going further in Mr. Peabody’s wayback machine to the onset of the Great Recession:

“We are heading toward an incredibly difficult period for the United States, which, when it ends, a multi-polar system will emerge (not just one superpower).  We will be struggling for many years economically, and foreign policy is going to become increasingly sucky as everything comes to a head. Unless, of course, the Mayans are right and we go back to the Stone Age. Now if Obama legalizes pot, which he just might, we can go back to the Stoned Age, which sounds preferable.”

“Barack Obama is an aspiring tyrant in the tradition of Mussolini, Fidel Castro, and Hugo Chavez, who would do or say anything and who would sacrifice all of our liberties to benefit his own power.”

This is the difference between insight and delusion. Similarly there’s a difference between questioning authority and questioning reality. If you call yourself a Republican in 2017, you need to come with a warning label. The Republican agenda is rotten to the core and will cause this country great pains …again. Your adding $1.5 trillion to the deficit while gutting Medicare, Medicare? Who saw that coming? Oh yeah, me!

There’s just no realization of what they’ve done. It took ten years to recover from your last douchebag-of-a-president and this next recovery, if it’s even possible, will be much, much harder. Thanks? How do we move toward forgiveness when these incurables have shown zero insight into their own shortcomings? And worse still, they get rewarded for their mistakes with more seats and control of all chambers.

How could you listen to candidate Trump for five minutes and think this was going to be a good idea? I guess my old quote strikes again:

“I want someone smarter than me in office, yet the typical Foxeteer is always searching for someone dumber than them.”

You know why Trump should be worried, right? Dems tend to investigate things with merit. About 90% of the charges levied against George W. Bush turned out to be accurate. Conversely about 10% of the scandals Republicans pursued over the years were worth the trouble. And all the made-up diversions and distractions about the Clinton Foundation can’t change this fact, as much as you hate facts.

The next unnecessary, botched war, collapsed economy or ignored constitutional crisis, I am storming the bastille, as our founding fathers would have insisted, at least the French ones. We both think this is going to get interesting, me because of Mueller and you because of the investigation of the investigation. You will be proven wrong again, but will probably keep with tradition and fail to notice.

There was a list, back in the day, of my fears vs Republicans’. Mine are here; their’s can be summed up as “hyped delusion”. You have access to the archives to Poke, so go at it. Are there any hidden insights amongst the vast swaths of wrongness? Political insights, not cultural ones. I may agree with your assessment of our ailing culture, but this has nothing to do with the consequences of a fascist ass-clown president backed by a super moronjority.

Here’s an old scandal summary list of mine. Same as it ever was: