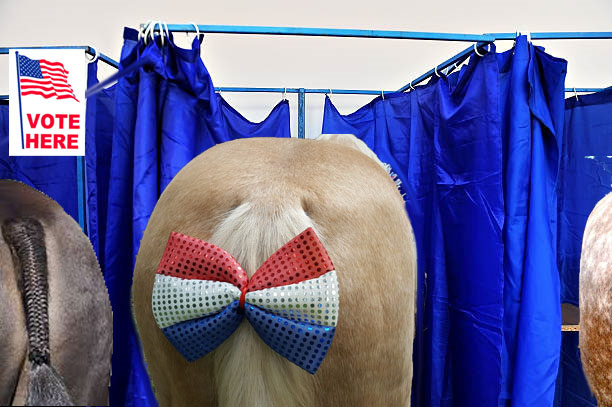 Sweet Home Alabama—Judge Roy Moore is claiming the recent special senatorial election was clearly rigged against horses. The former judge and presumed pedophile is pointing to widespread equine voter suppression as the culprit behind his recent loss to known liberal and Hillary-sympathizer, Doug Jones. Moore told the press today, “Sassy gets even sassier when her vote is being systematically suppressed by liberals. Not on my watch, not in my country, and not on the horse I rode in on. There is enough evidence today that horses did not get to vote to trigger a recount, particularly if Trigger didn’t get a vote.”

A spokeshorse warned state officials today of “consequences” should Democrat Doug Jones be certified as the winner of the election. “It was a special election and Roy Moore was a special candidate. If horses were allowed to vote, it would have been a landslide victory for our candidate. And that’s not manure *horse whinny*.”

Judge Roy Moore said, “Our campaign spent all night making up crazy allegations and we demand, in the age of Trump, that said crazy allegations be heeded. Where was Hillary Clinton the night of the election? That woman is singlehandedly trying to undermine our republic. A lot of black people voted against me in heavy African American districts. It’s suspicious. Blackies needed to produce 17 forms of ID, didn’t they? Why bother to have voter suppression laws at all if their just going to be ignored on election day?”