Collapsing Shack, AZ—Most of us have our mental health ups and downs, or as I prefer to call them: 1. drinking or 2. working. Some people certainly have a leg up on the happiness scale. What advantages do they have that I’m missing, besides talent and a life? Between dumpster diving and jamming out to old punk tunes in the dirt, I have discovered what these other Americans have going for them and where I may be lacking. After almost thirty minutes of effort, I have outlined a method to improve one’s happiness. I don’t think it will help me, I am too far gone, but perhaps you, gentle reader, will gain something from all of my hard work …or at least come to appreciate how you’re not as bad off as the old Bone Man.

The first thing the vast amount of Americans enjoy is sports. I wish …oh how I wish I could find pleasure in watching grown men run back and forth after a ball. I often imagine what it would be like to wake up and know my day could be filled with just sitting on my ass, drinking beers, and eating munchies while fixated on my flat screen for hours on end. Hell, I can barely enjoy normal shows …you know, the ones that involve at least one decapitation per episode. Ah, to find joy and wonder in watching millionaires bounce off each other. Must be nice. Then again, I suppose dung beetles probably love the taste of shit.

Before I shift away from this topic, there’s another pay off that sport hounds have that I do not. Two guys meet at a bar, they have never seen each other, but, if they’re talking ESPN, they can have a heated conversation for hours on end. Me, I might have to discuss something real and who wants to get saddled with reality? It’s so 20th century.

So here’s the first of my three easy steps toward blissful Nirvana:

Find a way to like sports, which should be easier than actually doing something mentally or physically challenging. 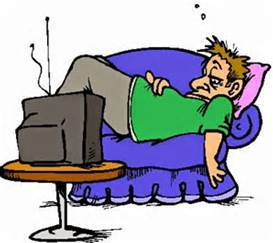 Now I already have a bowl of pork rinds and a thirty pack of Silver Bullet waiting for me, so let’s move onto step two. And this next one should piss nearly everyone off:

I am not talking about worshipping cool deities like Yig, I’m referring to the big three… you know, one of those popular religions with a billion or more followers. Again I can’t imagine what it would be like to think I will be going to a perfect paradise one day. Hell, I would be willing to settle for a seedy bar with an old mattress in the back. Hey, it sounds better than where I imagine I will be going. What a delightful cozy feeling that must be… And you have a billion other people to show solidarity with, wow. I cannot even imagine anything like it, except maybe that Rush concert in Rhode Island. So now all I would have to do is somehow convince myself that this imaginary manmade drivel is true. Is there brain surgery involved? I would prefer that to drinking Drano if possible.

Okay, now that I’ve ticked off about 97% of the Earth’s population, let’s see if I can get that number closer to a 100%. The third gateway to potential happiness is:

I mean, seriously. Imagine I am sitting on the sofa, eating some onion dip, sipping some macro beer while watching the Saints play the Angels… or something. I know God loves me and, despite my stunning lack of ambition, I will be living in paradise in just a few short years.

What could ruin this perfect scenario, you ask?

Perhaps someone reminding me about all the chores I need to do and having me look after all the children I have helped bring into the world. If I’d been gay from the start, no kids to look after, no obligation to do all the ‘man’s work’ and hopefully I would just have a chill partner and we’d be endlessly kicking back while the old pigskin gets tossed back and forth. That’s a football reference… what were you thinking?

“Hey can I get a blow job during the next commercial? I gave you the last one.”

Even The Pope is open to letting gays into paradise. Good for him. Again, I still can’t figure out how to make that part of my end game. But just because I may be hopelessly screwed, it doesn’t mean you are. Especially those open minded young readers out there… do not give up. You have the necessary time to change your ways by embracing homosexual, god-fearing sports fans. For those of you who make this transition, my Mets hat goes off to you. 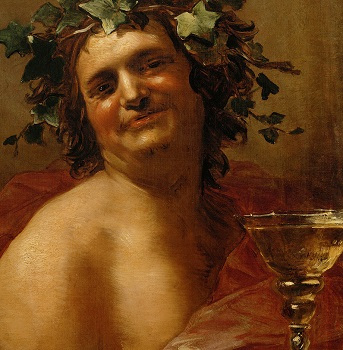 Now just kick back and enjoy your perfect life.

Get more of my Action here.