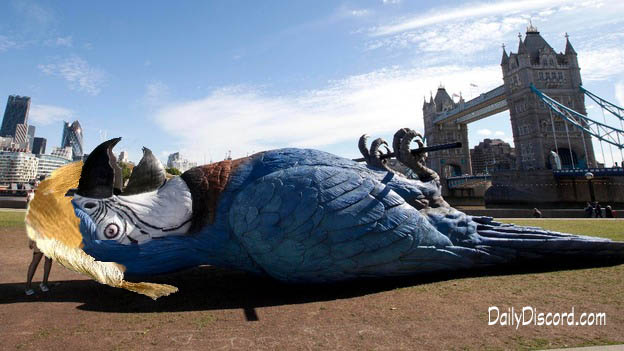 Youngstown, OH—During a key foreign policy speech this week, presumptive republican nominee Donald Trump referred to the sitting president as the “founder of ISIS”. Initially Mr. Trump defended his statement as did many prominent republicans familiar with the delusional arts. The Donald then changed tact by downgrading his remarks to a form of sarcasm. When it was explained how sarcasm implies wit or irony and that his statement was neither, Mr. Trump replied, “I meant a pun. It’s a Yuuge pun! Or what’s it called when a word is spelled the same way backward?” Mr. Trump was then explained that the palindrome for ISIS is SISI, which is not particular funny and somewhat plagiaristic.

Senator John Q. Republican came to Trump’s aid today, “He is correct in all of his contradictory assertions. When he called his response to calling President Obama the founder of ISIS sarcastic, that part would actually be considered sarcasm.” When asked if Trump’s remarks would also be considered a pun, the Senator pretended to receive a phone call and stepped dangerously into traffic.

Indiana Gov. Mike Pence added, “Trump is serious about this comment being a wholly unserious. His remarks are also a very deep and complex pun. By calling Obama the Founder of ISIS there are two meanings. He is saying that President Obama is both the head of the Islamic State, as well as the father of the mother-goddess ISIS from Egyptian mythology. That makes no sense, but in a good and funny way. Thus it’s a very serious funny …(sigh) somebody fucking shoot me.”

We got you covered Pence! 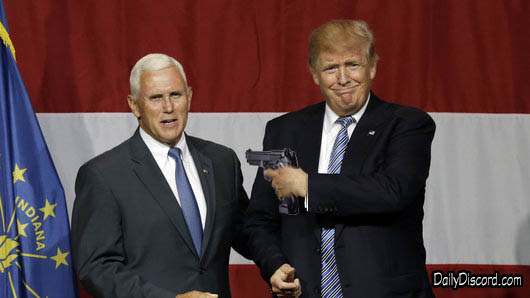