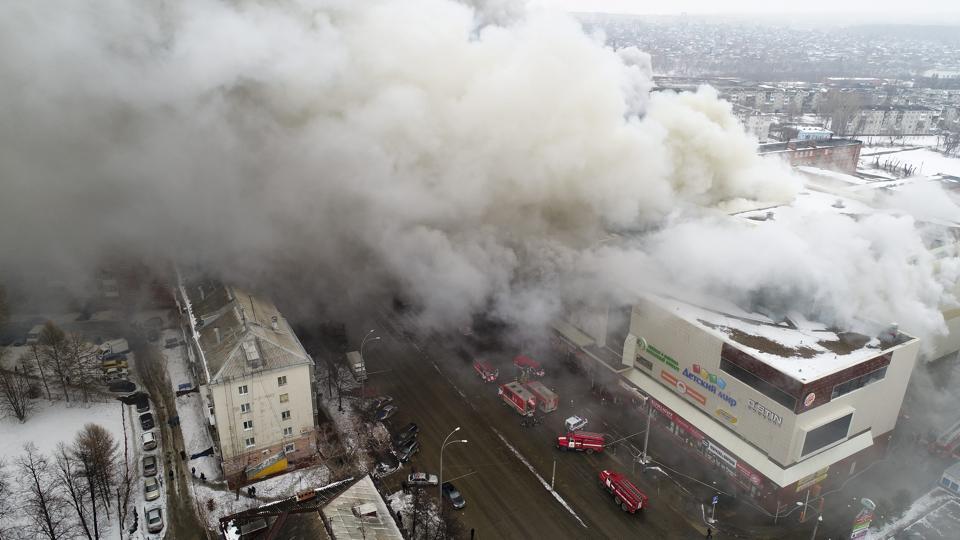 Kemerovo, RU—Despite instructions written clearly on an index card in ALL CAPS, President Donald Trump congratulated President Putin today for the Winter Cherry Mall fire that claimed 64 Russian lives. The mall fire, which equates to a series of errors including the disabling of the public announcement system and a number of blocked emergency exit, is currently a national disgrace. Present and former diplomats alike were aghast at Trump’s comments and are calling them “insensitive” and “really dumb.”

Former VP Joe Biden said, “After they finish putting out that fire in Russia, we need to extinguish our president’s mouth. And I’m just the guy to do it.” Biden went on to remind President Trump of his middle school prowess with the “nuggie”, the “wedgie” and the dreaded “purple nurple.”

Russian officials are downplaying the incident, but Putin critics are calling this the Chernobyl of all mall fires. A fire marshal on the scene claimed, “There was only one alarm in the entire building, and it had been chirping for a very long time. Uh, but Russia is currently out of nine-volt batteries.”