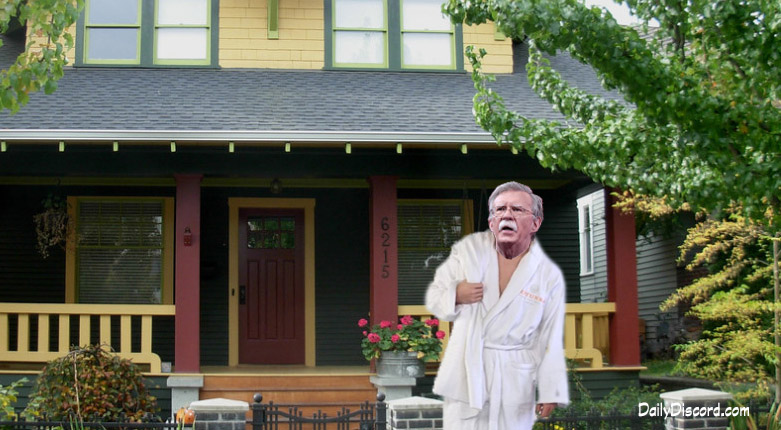 Rusty Acres—Shortly before medication time, National Security Adviser John Bolton was found outside of his nursing home, walking in circles and babbling to himself incoherently. The manager of the group home said, “This isn’t uncommon for John. He sometimes says he’s just trying to get the United Nations to ‘stir some shit up’. We usually just direct him back to his room where he can get back to sticking pins in his ‘towel head’ doll collection.”

The staff read a letter to John penned by the president himself. The group home manager explained, “It read, ‘John, we’re getting the band back together. The crazy, dangerous band. I need a war, before the midterms, maybe with Canada. I hate that prick, Trudeau. I think you’ll be perfect for the job. Sincerely, President Donald J. Trump.’ John suffers from a personality disorder, so all the medication in the world isn’t going to make him any less of a douchebag. But we’ll miss him here at Rusty Acres, or at least the spitting in his food, or stuffing his used Depends in his pillow case part.”