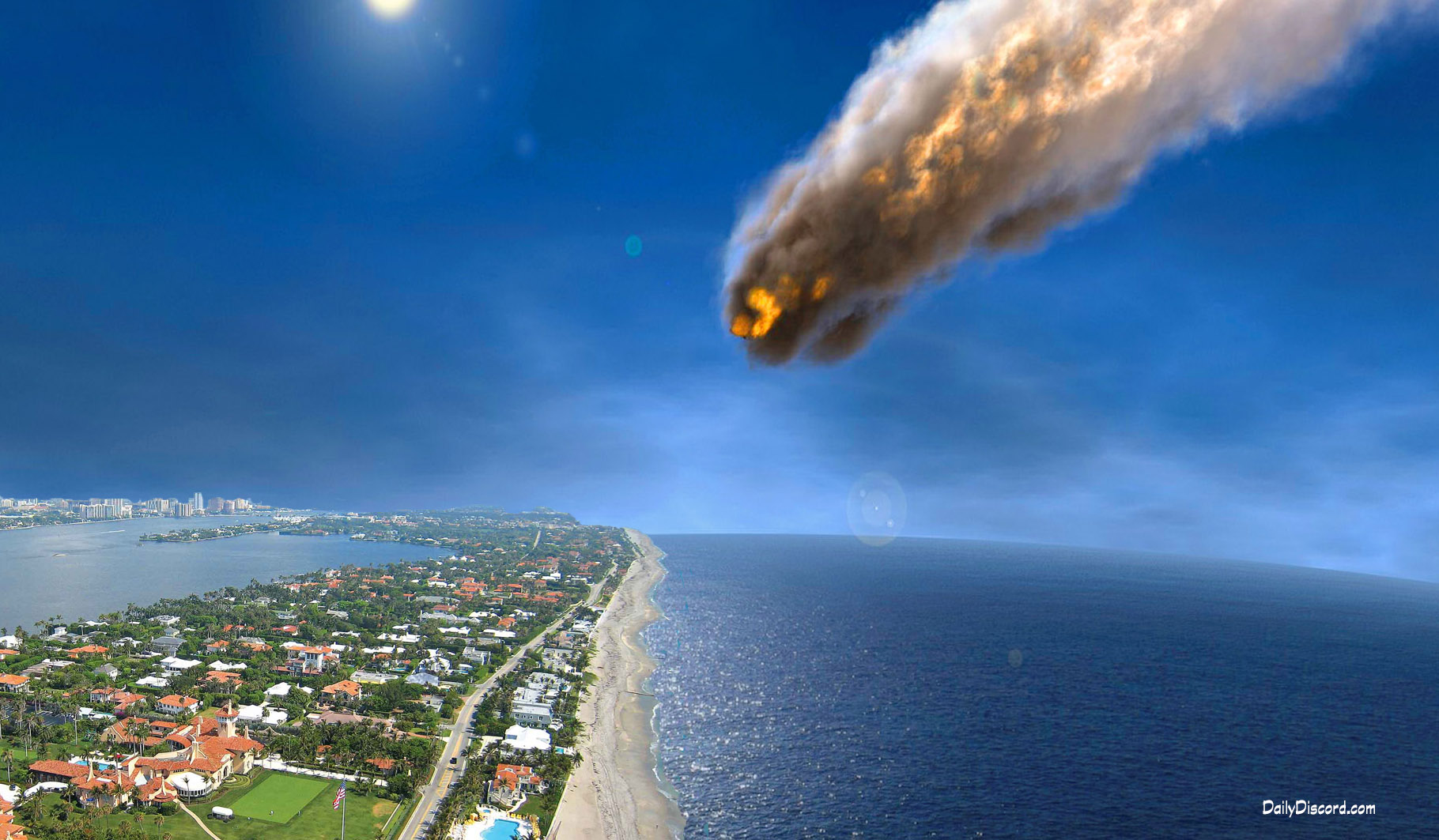 Palm Beach, FL—President Donald Trump is reportedly “furious” with the news of the current trajectory of the Chinese space station, the Tiangong-1. Current data from both the China National Space Administration and NASA estimates the decaying orbit of the doomed space lab will end on April 1st directly over Trump’s prized resort, Mar-a-Lago. The Chinese government is maintaining their story that this is an “uncontrolled re-entry” and later added the word, “Oopsies”.

Dr. Evil was able to broadcast a hacked message on several major cable carriers today: “China has angered Mr. Bigglesworth. He loves the doggy trail at Mar-a-Lago. Don’t you, Mr. Bigglesworth? And I have already booked my frickin’ League of Extraordinarily Evil Gentlemen conference there in September. So today my death ray, which has a new sharknado feature, is pointed directly at Beijing. Your move, Xi.”

President Trump addressed the press from the Rose Garden today: “I call bullshit! We are just about to release our spring menu! I offered those [controversial racial slur] my famous chocolate cake and free golf and this is how they repay me?” The president then whispered something into National Security Adviser John Bolton’s ear and patted him on the head.