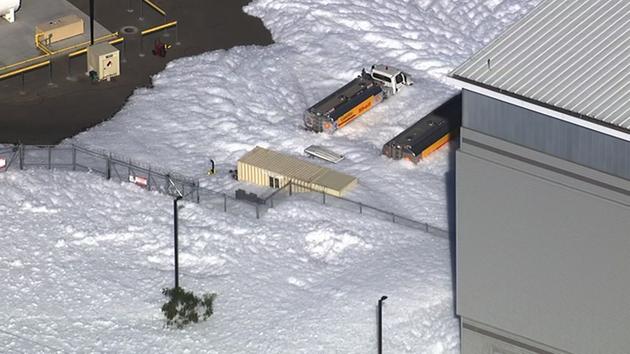 Flagstaff, AZ—The town of Flagstaff is still under several feet of foam at this hour after The Discord’s Mick Zano vomited in Biblical proportions. One hipster who witnessed the event described it as “retching some serious suddage.” Satellite imagery shows a foam flow not seen in the southwest since Zano attended Matt Mathewson’s Naked Hillbilly Party last spring. Just as Donald Trump became the projected winner, the Discord contributor began chugging massive quantities of Pabst Blue Ribbon. Zano explains, “I have to acclimate to shitty beer now, since the election of Ass-Clown Hitler. Drinking large amounts seemed justified in light of the economic carnage to come. Masochism is fine, I suppose, in the right club, in the right mood, wearing the right Wonder Woman costume. I Marvel how Republicans still think they’re right about stuff, and not in a cool Gotham-vigilante kind of way.”

A witness claims that just before last call at bar called Hops on Belch, Mr. Zano was heard yelling, “Quickly to the batshit signal!” Moments later a PBR tidal wave swept across the bar and out into an unsuspecting community. Many around Flagstaff are affectionately calling this disaster a spewnami, or Mount Brewvius, or, my favorite, Pabst Blew Ralphed-some. In the aftermath several of the effected areas will be changing their names to cope with this new reality. Sunnyside will now be referred to as Foamyside and Cheshire will be known as Fraternity Floor Heights.

The Discord’s CEO Pierce Winslow said, “I hope this gets everything out of his system so Zano can get back to our important work *cough*. The work Mark Zuckerberg will soon be targeting.”

Mayor-elect Coral Evans told reporters, “We have not seen anything like this in the southwest since Zano attended Matt Mathewson’s Naked Hillbilly Party last spring. Oh, you already did that bit? Well, I’ll get better at interview questions. I just got elected.”