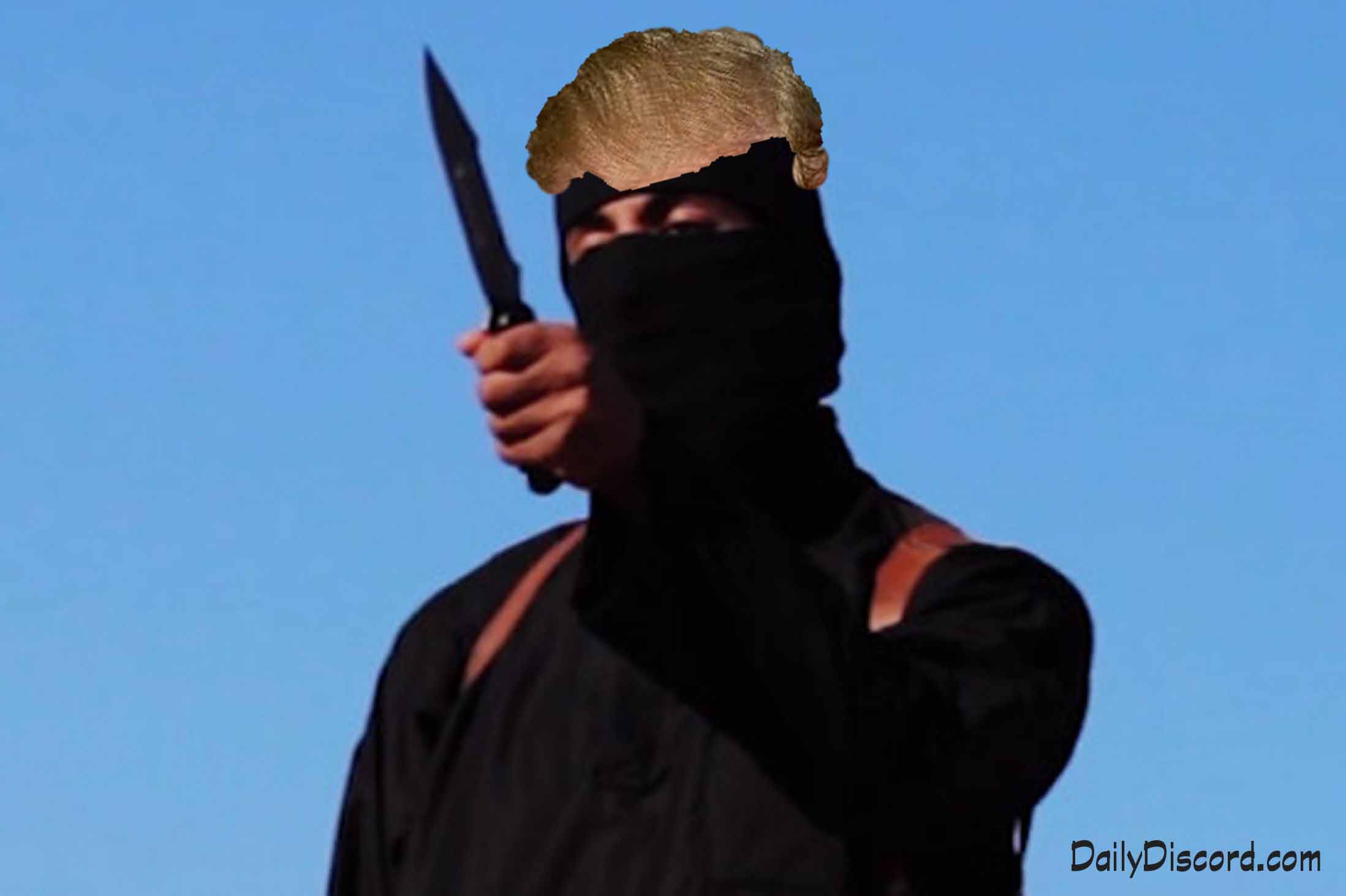 Syria—The head of the self-proclaimed Islamic State, Abdul Mohammed-Edlestein, is claiming responsibility for Donald Trump. ISIS worked diligently to infilitrate the Donald’s personality and promised a “really great deal”, if he agreed to work for them as a double agent. “We promised him cars and girls,” said Mohammed-Edelestein. “The usual. We did this using a series of suggestive Tweets. Join ISIS, Donald! #carsNgirls #DesertHotties4U. We promise different things depending on the region of the world, but for Americans we always get them on the old cars-and-girls routine. You see, some Republicans are fighting for us and the rest are recruiting for us. It’s win win! The cars are actually U.S. military and the girls are just us wearing hijabs (ha, ha!). We like dressing like girls, but don’t tell our creator.”

Donald Trump is calling these allegations, “Preposterous and other synonyms for preposterous!” (Sorry, thesaurus.com is down again.)

President Obama said, “This situation is both serious and grave. See, I don’t need to rely on Thesaurus.com like my Republican friends. Now if you will excuse me, my teleprompter is failing to show me any more words to read.”

Presumptive Democratic nominee Hillary Clinton added, “The CIA is already investigating Mr. Mohammed-Edlestein’s claims, so I don’t want to comment during an ongoing investigation. But I am hoping their efforts will shift the focus away from my own email server debacle.  I would like to think the allegations against Mr. Trump are true, because it would greatly increase my chances of becoming president and it would restore my faith in the world. Kidding, the world is fucked.”