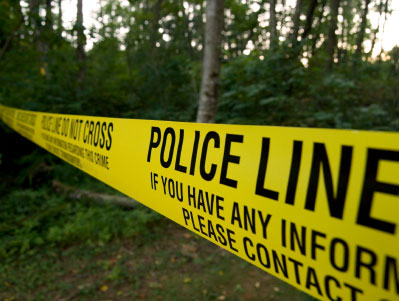 South Fork, MO—Cooter and Reeves had some city folks in town for the weekend, so they decided to round up the gang for the traditional Snipe Hunt initiation. As a result one person remains in cynical condition today after what many are calling a prank gone horribly hick. Snipe hunting enthusiasts insist tens of thousands of snipe hunting expeditions have ended without incident, but data to back these claims are lacking. Officials report the pair are facing a list of charges including, reckless endangerment, bootlegging moonshine, and hunting for snipe out of season. Meanwhile, officials have yet to clarify if the weapon at the heart of the investigation was a sniper rifle or a regular rifle used to hunt snipe.

Many are calling the incident and act of eco-errorism. Ultra-liberal Jeff Newton explains, “To my knowledge snipe are not even edible, so these hunts are conducted for the sole purpose of terrorizing and bagging these little understood woodland creatures.” Many ecological conscientious citizens, like Newton, are attempting to get the snipe added to the endangered species list as well as increase the penalties associated with the hunting or harassing of these important fictional beasts.

Sheriff Buford T. Justice said, “There’s a rule book for snipe hunting and these assholes just threw it out. If you’re going to be packing for the event, you never—repeat never—hand any weapons to the city folk. I know what happened last night is terrible, but I don’t want this to reflect badly on the whole snipe hunting industry. These morons didn’t even hand anyone the snipe bag. That’s the part that just breaks my heart.”

Captain of team Search Truth Quest, Mick Zano, said, “We don’t know much about the snipe. We do know they are often spotted when urbanites, unfamiliar with nature, enter the woods. We also know they’re nocturnal creatures and that they fit into a normal-sized bag. Despite the lack of evidence, I refuse to discount the thousands of people across this country who claim to hunt them each and every year.” When asked if team STQ has ever hunted for snipe, Zano said, “We have, and one time Alex Bone even returned to camp with what he believes is snipe scat and a clump of snipe hair. Unfortunately, DNA testing was inconclusive. The lab believes the sample was contaminated by a Sasquatch.”