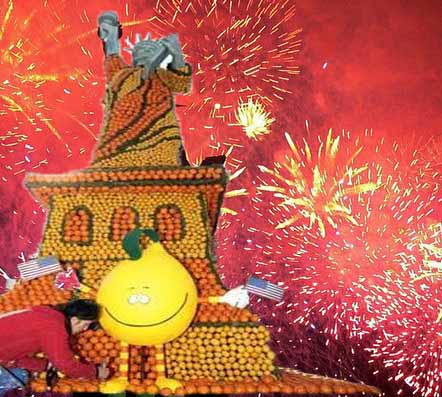 Conservatives are quick to quote the Constitution and complain how the left is always out to destroy life, liberty and the pursuit of happiness …well, at least liberals can multitask. Kidding! Republicans have shown an aptitude for starting and losing multiple conflicts simultaneously. Does anyone else find it odd how conservative-types only seem content when they’re gutting our liberties in the name of freedom? Or, how they seem to have just a little ISIS in ’em when dealing with restroom transgender issues? So let’s kick the tires, look under the hood, and find out why our Republican friends keep trying to sell us such a liberty lemon. How about we start with some happiness indexes, because they always depress me.

There seems to be no better indicator of a happy country than socialized medicine. The happy places are already feeling the Bern (ten for ten, folks. Full article here). The approval ratings of such programs in those places are in the high 80s or higher. Apparently people get old and tend to need healthcare—not ours, of course—that shit’s waaay too expensive. Who knew well-being was tied to some basic financial medical safeguards? From my cold, broke heirs?

Forget other countries, take the ten most miserable states right here in the good old U.S. of A. Check out the happiness index for all 50 states here. Eight of the states in the bottom ten are clearly red in nature and the other two are purple. I have traveled all over this country, but I have always unknowingly gravitated toward our more liberal towns and burbs. I would never live in Texas, but if I did it would be in Austin (about the most liberal town). I love almost every corner of Colorado, yet I’m drawn to Boulder (again, about the most liberal town). This plays out similarly across the fruited planes.

I moved to Flagstaff, because I always loved it here and it’s also the most liberal hamlet in Arpioville.  Also of note, a recent poll suggests my hometown is one of the happiest places to live in the Southwest. Coconino County Arizona (where Flag is located) is the only county in the state whose delegates went to Sanders. Coincidence? I don’t think so …cialism. But I don’t need a poll to tell the difference between shit and shinola. No really, I think Shinola is few miles south of Yuma. Don’t get me started on Yuma. What a joint! Speaking of which, pot should be mandatory there. 4:20 to Yuma?

There are certainly some poor liberal urban areas in this country, Oakland comes to mind, but the beacons of coolness seem to have more progressive roots. Moving.com suggests the top ten major cities to move to and, lo and behold, only one of them is conservative. The odd balls in that list are Fargo and Indianapolis, which both represent the most liberal cities in their respective conservative wastelands.

On a side note, tens of thousands of folks, including yours truly, were wrongly forced to fill out provisional ballots for this primary. And the judge just threw out the case—not because shit was F-d up—the case was thrown out due to the lack of evidence that said shit changed the outcome of the election. Really? My tragic Arizona voting experience here. I guess voter suppression is at the heart of Republican happiness.

Oh, and what’s the most conservative town in my state? Mesa. I visited Mesa once …once.

“My grandmother hung me on a hook once…once” 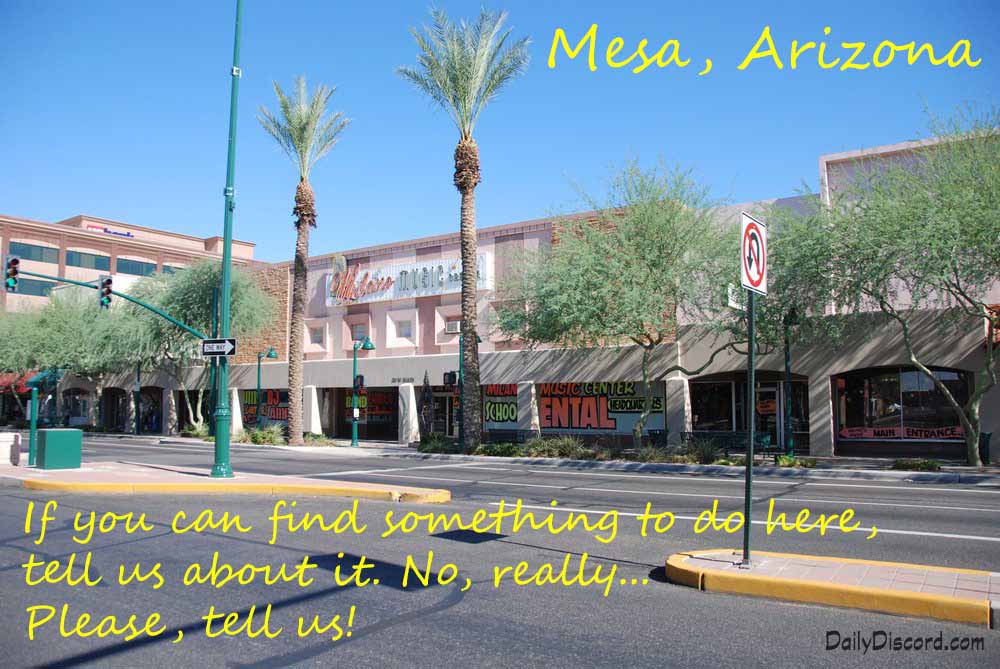 What exactly is the Republican version of happiness? It certainly seems a bit skewed to me, like watching Hannity’s America through a fun house mirror on Salvia. How did we get to this sad state of affairs? I think their version of Nirvana involves working long hours in a right-to-work state for minimum wage. Smells like Teen Labor? The Sweat Shop Boys? Their version of bliss is living in permanent servitude to the Visa Gods. Oh, and who made bankruptcy an option for folks? Hmmm. Think about it, but don’t strain anything. To them happiness is part Protestant work ethic and part serfdom. In reality their vision only makes this guy happy. 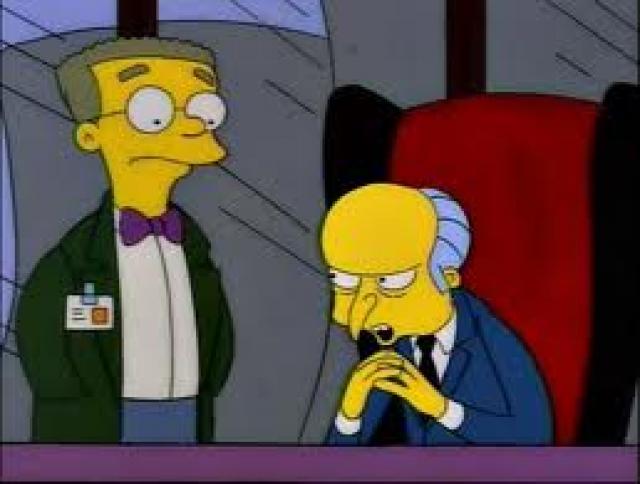 I think the entire GOP is Smithers—in bent over form. Most of our country’s debt is not our deficits, it’s actually wrapped up in our own unpaid tuition and medical bills …you know, the stuff Dems are at least attempting to address. I remember back in the day drinking a smidge of the Ron Paul Kool-Aid. I too believe certain libertarian sensibilities are damned important. What did we get for our trouble? A blanking Tea Party—a group of misinformed miscreants whose idea of change is blind obstructionism and whose only strategy is to double down on every bad conservative idea of the 21st century. Ron Paul’s son, Rand, is a complete dweeb. Even your “libertarian movement” is hyper-focused on your boss’s rights, not your own. Chait’s related feature: Rand Paul: Let’s Not Impinge on Your Boss’s Freedom to Fire Gay People

Do you see a pattern emerging? Good ideas = liberal and bad ideas = conservative. If you haven’t figured it out yet, Republicans are full of crap.

Here’s a summary of our Tea Party friend’s constitutional prowess (from my last feature):

1st Amendment  = This protects me so I can continue to be a loud, wrong, bigoted asshole, right?

The Rest = Something Ayn Rand said while blowing Lord Reagan (well, things she tried to say).

What they are really defending is their own bigotry and white privilege, just like Jesus intended. Meanwhile, some believe the handling of the War on Drugs (led by Republican failed policies) is the biggest affront to our freedom. I tend to agree. People who don’t expand their consciousness tend to be Republicans. If that’s not ringing endorsement for peyote, I don’t know what is. Hmm, maybe we should add something other than fluoride to the water?

DMT in the water = a progressive commander-in-chief

Lead in the water = President Palin

“The list of freedoms we enjoy today that were not enjoyed by our ancestors is indeed a long and impressive one. It is therefore exceedingly strange that Western civilization in the twenty-first century enjoys no real freedom of consciousness.”

The War on Drugs has senselessly ruined countless lives and is strongly linked to Republican bad idea 5,189, the privatization of prisons. Pot smokers are not the felons here. That achievement is best reserved for those responsible for pushing Republican policies. The other Hastert Rule? No Child’s Behind Left? Sorry, I was channeling Hitchens.

Sorry that I’m a broken record on the Patriot Act and Citizens United. One paved the way for the gross expansion of executive power, including the NSA spying, and the other is paving the way for a handful of moguls to pick our leaders. Of course both of those gems were made possible by our freedumb people. Let’s list the left’s horrible atrocities on our freedom:

But if Obama gets another pick, America will be unrecognizable. Riiight. Recognizing things …you’re doing it wrong. Look, if you want to be miserable that is your choice, but don’t foist your misguided sense of “happiness” onto others. You’re not authorities on well-being. In fact, since I’ve been blogging, it’s hard to see where you’re authorities on anything. Behindfulness?

“We have outsourced our critical thinking to Fox News, with mixed results.”

Ok, you’re close, Sentor, but think about it…

Okay, that exchange would never happen, but wouldn’t it be cool? Don’t hold your breath. No, really, you could pass out. But the next time you hear someone say, “Socialism has never worked anywhere, ever,” encourage them to revise their comment to: “Uh, actually, all ten of the happiest countries on earth are socialistic in nature. We even have effective socialistic programs right here in America, but we Republicans have completely lost the ability to process information.”

The truth remains very elusive for conservatives and their version of happiness seems pathetic. Hey, maybe they can find the truth by listening to AM radio backwards. Let’s meet in Mesa this weekend and listen to some Limbaugh over a cup of Joe. Better yet, let’s have a Tea Party! Are there coffee shops in Mesa? Well, they have benches …. happiness benches, yeah, that’s the ticket. I got a better idea, let’s 4:20 to Yuma. I love that movie. *cough*