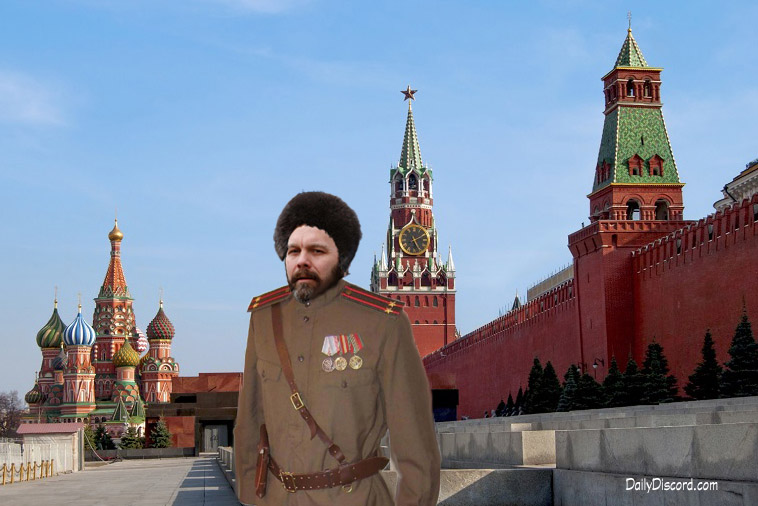 Flagstaff, AZ—Rick Gates, business partner to Trump’s campaign manager Paul Manafort, will likely plead guilty to charges this week brought by special prosecutor Robert Mueller and his team. Even prior to the pending guilty plea, The Discord is touting its wordsmithular prowess by coining the phrase “Gates-Gate”, one that will likely go down in the annals of Discord history as “meh”. Rick Gates likely knows everything Manafort does, so if he ‘flipped’ and there was any collusion between the Trump campaign and Russia, this may well be, in the immortal words of Redd Foxx, “The big one, ‘lizabeth!” It is the belief of this writer that ultimately Gates-Gate will trigger the fall of this president. Look, Warren Zevon just went home with a waitress with Russian ties and that ended badly. Offhand, this seems much worse.”

Meanwhile, Paul Manafort is fighting the charges and remains confident he will ultimately be acquitted of all charges, adding, “Well, depending on what the word ‘acquitted’ means.” An incriminating paper trail of emails *cough*—so not really paper—exists between the two business partners, because allegedly Manafort was unable to transfer PDF into a Word document. Manafort later admitted that he hates PDF files, Yahoo! instant messenger, and how Microsoft had the audacity to jump from Windows 8 right to Windows 10. “I felt really behind the eight ball when they jumped right to 10,” said Manafort. “What kind of world do we live in where you can skip the number nine?”

Bill Gates, a huge Spinal Tap fan, later explained how he wanted to get to Windows 11 sooner, so he could tell people, “Because my Windows go 11.”

CEO of The Daily Discord, Pierce Winslow, added, “Gates-gate? Hmmm, yeah, this is my proudest moment as a member of this team. Yeah, that’s what a piece of shit rag this is. I am so done with this crap. And for the last time, Zano, bar receipts are not business expenses!”

*The word wordsmithular is a word.