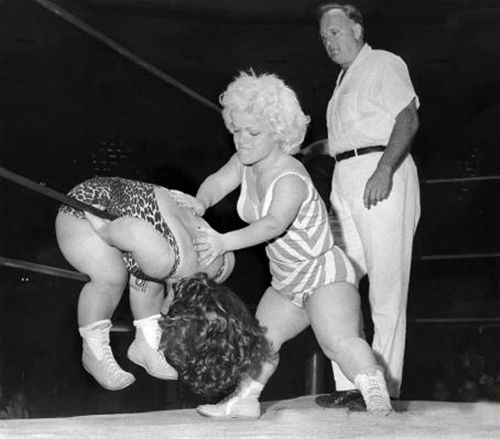 This is in response to some of the major themes brought up by fellow Discordian Pokey McDooris in his latest article.

Socialism is certainly part of the solution moving forward—hell, its part of our past and our present—but how much is too much of a good thing? That I don’t know, but an increase in social programs is imperative, especially amidst the harsh economic realities of both the future of this country and my Historic …Brewing Company bar tab.

Will Bernie’s plan end America as we know it? Single-payer healthcare is not going to dissolve our union. Give me a break. Bernie’s vision of democratic-socialism is not dissimilar to FDR’s and, with this growing disparity, that’s not the worst idea. For the worst idea you need a Republican:

“During this period of great disparity, we need to give more money to the super rich because the money is right at the rim. Seriously, it’s just about to start tricking down …any billion now. Look up, see gold.”

Ah, the toilet that is conservative economics. It’s funny how most Republicans look back fondly at the era swept in by FDR as the Golden Age of capitalism. Rove colored glasses? Did the Constitution end with FDR? I must have missed that part. This is simply not your father’s comrade’s socialism. Republicans can’t seem to tell the difference between Sweden and communist Russia. Sanders is lean on the details, which is why I remain skeptical. Meanwhile, Pokey leaves out how FDR used to stick pieces of the original Declaration of Independence in his wheelchair spokes.

Your example, Belgium, is an extreme one. No country—especially one the size of a Denny’s—can absorb so many Muslims in such a short timeframe. Especially when Cindy called out again. These fleeing Syrians are not the dazzling urbanites of NYC. I agree with you on this much: too much of Middle Eastern ideology is twisted, and much of Sharia Law is in direct conflict with Western values. I also agree there’s a real possibility that liberal pluralism could allow these seeds to grow right here in the land of Freedom Fries. However, the Dems in office are not as naïve as you portray. Face it, we need a war of ideas and you don’t have any. What liberals do seem to understand is the context of our ominous future. What the Republicans don’t factor in is: dwindling resources, population booms, and decimated ecosystems. Widespread starvation across the globe is looming, dogs and cats, living together, mass hysteria!

Fun Fact: Republicans like to drive their big trucks to steakhouses but, one way or another, our childrens’ children won’t be doing that.

Whereas your main beef, smothered in A1 sauce, is the Muslim boogey man. Mine remains the need for sustainable fuels and sustainable communities. How do you miss this part in the whole talking-about-relevant-tidbits-of-the-future? I admit I would prefer if Abdul helps me set up the solar panel rather than strapping me to it.

Fundamental religion, in any form, is part of the problem. Things either evolve or dissolve. Just look at the end result of Christian values… essentially it’s a political party filled with hatred and ignorance. That’s not a ringing endorsement for Christ consciousness, is it? Can’t things get better with age, like a fine blood of Christ? Oh, and if you take that bit literally, Christians are a vampire cult. Vlad the Crucifier? You are all too happy, Pokey, to allow Christianity to remain in it’s more fundamental/evangelical form. Young folks are simply not going to buy into the literal interpretation of any ancient document amidst the Age of Wikipedia. I think Pope Francis has the right idea in this area.  I don’t believe he’s selling out your values; he’s just making them more palatable for the 21st century consumer.

What does this mean for America moving forward? Do I want to see a world government like Bernie and the Pope were just talking about last week? You don’t spell this out, but I’m assuming you’re eluding to this New World Order. I fear this too, but primarily because when I’m kicked out …then what? Nibiru?

I overheard four pastors talking in a coffee shop this week. Their topics ranged from Obama’s attack on church “values”, societal decay, to the inevitable return of Jesus Christ. One topic that received a lot of attention was transgender issues. A friend of mine recently talked about the inappropriateness of someone with a penis entering the ladies’ room. Transgender issues seem to be all the rage these days, at least among conservative pastors and otherwise. What all these folks shared was a real lack of understanding of the plight of those with gender identity issues. Why is this such a big deal?

In the days of global mass extinctions, let the record show how one group perseverated on proper potty etiquette (PPE).

The church, in general, just doesn’t seem to care about the staggeringly high instances of suicide amongst the LGBTQ communities. What exactly happens in the bathrooms that Republicans frequent?

[The joke about Senator Larry Truck-Stop Craig was removed by the editor… You’re welcome.]

There are usually stalls with doors in the ones I’m accustomed to using, except back at Sal’s (our old college bar). Speaking of which, you really should have walked over to the Six Pack Shop to take a dump like the rest of us, Pokey. It’s too late now, Mr. McDooris …or, as the Ghetto Shaman would call you, Chief Poops-with-No-Stall.

We needed a strong conservative party to defend our founding documents and our religious heritage. We are now seeing the effects of a deranged GOP—a party that will slide away into irrelevance soon enough. As a result, many disenfranchised real ‘Muricans will radicalize. This is our future and conservatives seem to have taken little notice of this fact …until recently. I suppose it’s human nature to lash out at the boogeymen without really acknowledging your own demons. Suffice to say, thus far, my life has been impacted by Republican policies, not radical Islam.

[Winslow: Speaking of not acknowledging demons, stop mentioning the Discord on police reports, Zano. These are not a “work-related” citations.]

Have you heard Republicans discuss the Constitution? Here’s the recap:

These bunker-loving bumpkins are not going anywhere and neither are Muslims. What do you propose, Dr. Insightful? The concerted efforts of the Murdoch, Drudges and the Limbaughs of the world have dumbed these people down to a point even they never imagined. Meanwhile, you, Pokey, spend most of your time sifting for those scant corn kernels of wisdom in the otherwise steamy pile of modern day Foxal matter. This is why I always say “if these are the folks defending our founding documents and our religious heritage, say bye-bye.” Face it, Dems are ‘meh’ and Republicans are a disgrace. They add virtually nothing to the political discourse of the 21st century …and adding nothing is my job.

Reminder: this is what Pokey was bitching about in the article.

Our cultural identity will evolve, because it must. I don’t believe in the literal interpretation of any spiritual documents. Joseph Campbell refers to this as the literalization of myth. This is where all things turn south, throughout history, regardless of the brand. I believe, like he did, that if the old orthodoxy does not incorporate knowledge of the sciences and the current human condition then our myths will die. That can not happen or we will lose our identity. I know this means little to the Dawkins and Hawkins of the world, but they are wrong on this count. Our roots are decaying and some of that falls clearly in the hands of the messengers, which, in this case, is the Republican party. The world without spirit is a wasteland. Amidst the Age of Information our spiritually has become very fragmented. I would also agree with Campbell that all cultures are based on myths (not bullshit, but important symbolic life insights). But I ask you, Pokey, what part of the Christian myth is relevant? Well, in my opinion, Christ Consciousness and the New Testament clearly hit the mark, but that’s not what Republicans focus on these days, do they? The Gospel of Drudge? The important part of the messiah’s message seem to be championed by liberals. Colbert’s take here.

As you well know, Integralists are calling for an approach that incorporates the four quadrants of the human condition on a quest toward an evolution of consciousness. Folks like Joseph Campbell have called for the adoption of a planetary myth, one that incorporates all people on Earth. His view, somewhat Jungian, equates symbols as a reflection of the universal truths. He posits our myths act as timeless life lessons that help us move through key transformations. The culmination of human understanding throughout history is not all fictional crapola. This spiritual movement, which is fragmented at the moment, can easily be hijacked by globalists. People squatting on a mat and contemplating their naval are damn easy to control. Despite this, there is no way to hold on to the better parts of our orthodoxical roots …especially the way you people are doing it.

Like it or not, we are evolving, my friend, period. I realize that is not as evident during one of Matt Mathewson’s Naked Hillbilly parties, but it’s occurring nevertheless. On that note, sorry, Matt, about the Patron Incident. There is an impulse, as you well know, to move from ethno centric to world centric levels of consciousness (an emphasis on country that shifts toward an emphasis on all people). My country matters and then we all matter. Historically, civilizations shift toward liberalism but, admittedly, this leap usually ends badly. Despite the challenges of the future we can not hide in the past. We must find a way to embrace the future. It’s never easy, but it’s necessary …unlike my behavior at the aforementioned Naked Hillbilly party.

[Winslow: Zano left out one thing: the expression “…define the United States cultural identity to which all immigrating citizens shall assimilate…the Bible, the traditions of Judeo-Christianity” is in direct conflict with Rule #1 of the U.S. Constitution “Congress shall make no law respecting an establishment of religion, or prohibiting the free exercise thereof.”]