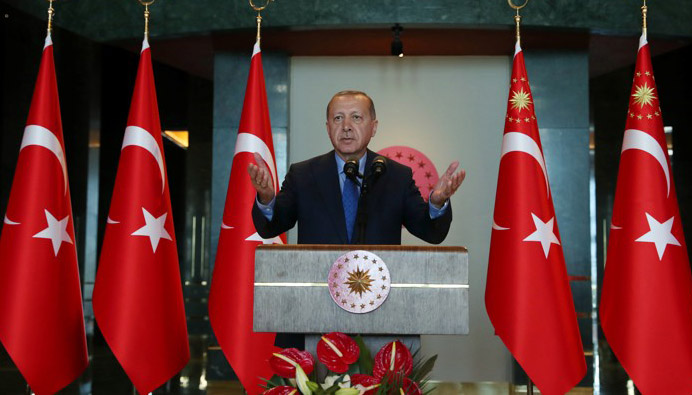 Turkey—Turkey’s President Tayyip Erdogan is reaching out to a 15-year-old young man from Carlstadt, NJ, who just purchased his country on eBay for a measly 500 ₺. Turkey continues to suffer from a major economic collapse, spurred by growing inflation and stifling tariffs. Now the country remains teetering on the brink of a full sophomoric dictatorship. In an address on turkey’s national television today, President Erdogan pleaded with the boy to: “Sell me back my country, you little shit! We can rent to own, or something.”

When Turkey’s pleas fell on deaf ears, because the country’s new owner was apparently out playing basketball, Erdogan took on a more defiant tone. “We will not submit to some bully with a high school mentality! This is not the U.S.A!” Erdogan is calling on all of his NATO allies to use the full force of the military to end this hostile takeover. “A sale on eBay of one of us, is a sale on eBay for all of us.” He is suggesting a tactical drone strike on the child. “The kid should be easy to take out. He’s probably in school right now. When does school start this year?”

President Donald Trump is denying allegations that he is already in negotiations with Erdagon to solve “his little problem” by either extraditing or assassinating the young lad, “for the right price.” Press Secretary Sarah Huckabee-Sanders added, “The president was joking. Obviously Turkey could not afford the cost of a domestic assassination attempt.”