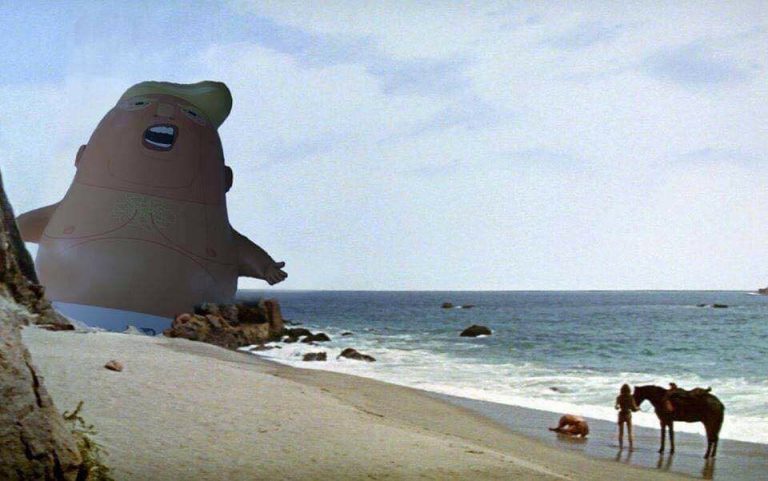 Let’s take a look at how republicans continue to handle the scandal, so to speak while weaponizing ignorance. If we’re going to survive we need to crack this GOP code, because they’re on some serious crack. A rightwing conspiracy typically starts with a totally baseless origin myth. After several inquiries, these tend to morph into an unrelated factoid, a tiny truthiness morsel that surfaces during their endless inquiries. The findings of this are then exaggerated and spun and then transmitted directly into the core of the republican brain. These origin myths are usually hatched as a distraction during an uncomfortable news cycle to coverup actual wrongdoing. This Foxal matter is then watered each day by Sinclair radio and Fox & Friends until it becomes a series of growing revelations that, like a reverse mortgage, eventually leaves you out in the cold. Is there any exception? Will there ever be? Let’s take another look at good old Hunter Biden.

Under Obama republicans adapted this formula to:

These rightwing scandals generally have an origin myth, which shifts the focus when there’s a need for a distraction from real wrongdoing. Then, as the plan invariably unravels, they order a double scoop of Foxal matter by seizing on something uncovered during the initial witch hunt, also known as the Factoid. This all ends during the last phase, the investigation, wherein during the hearing, trial, or publication of an official report, nothing relevant is ever found.

Let’s run through it with Burisma:

In the case of Ukrainian wrongdoing, the origin myth had less to do with Hunter and more to do with Joe’s alleged collusion with Kiev, or the patented I know you are, but what am I defense. While in the official role of veep, it was posited that Biden went after a Ukrainian prosecutor who had his son Hunter’s company in his sights, aka looking out for his own personal interests over that of the country’s. Our current commander in chief summed it up bestly while speaking directly to the Ukrainen president.

Translation: I’m gonna have my guy call your guy so we can make shit up, together. What would be a good word for that? Collision? Protrusion? I’ll work on that one.

Republican-led witch hunts start as cover for more obvious republican crimes. They are intended to divert the news cycle elsewhere, but as time goes on the scandal takes on a life of its own. Since the original premise, aka the origin myth, is baseless, they need a factoid.

Trump was in the process of being impeached when the Burisma narrative surfaced, but during the congressional hearings—you know, to determine the possible removal of a sitting president—republicans ignored the actual crimes in favor of this important work of fiction.

Although the president was impeached, it was to this background chatter. The House found Trump guilty, but the Senate was too preoccupied with semirelated Hunter matters to really even discuss the matter. I would like to try that sometime. Your honor, during my disorderly conduct at Sal’s last night, my friend Dave Pa was, in fact, stealing a cardboard cutout of Paul Hogan. This may well be true, but it doesn’t absolve me of the jukebox incident, aka the reason for the actual hearing. This isn’t the best example, because Dave and I were both at fault at the same time in decidedly different areas of the bar, but, right or wrong, Hunter Biden’s antics had nothing to do with the reason for treason.

This is when republicans go searching for scandal-gold in them there hills. In this case it started with multiple trips by Guiliani to Ukraine, but per NY Magazine this saga ended with our own Attorney General, William Barr, doing his own snooping for factoids.

Can You Make That A Double Scoop?

Your average republican isn’t savvy enough to really follow why this original premise failed. Kidding, they’re below average. As part of my zenwrongness theory, they stay laser-focused on the even more tantalizing factoid that emerges from their fishing trip. This double scoop factoid has some truth to it, which is good because by now the first scoop has already dropped off the cone and onto the sidewalk. This new tidbit is then exaggerated and extrapolated into a full-blown scandal.

Having failed to prove Biden strayed one iota from US policy, republicans needed to launch Operation Nepotism, which exposes Hunter’s past and brings into question how he landed the gig in the first place. These are legitimate questions, wholly unrelated to the matters at hand. The other factoid for this one is Hunter’s laptop, the contents of which will prove all kinds of wrongdoing. It’s like a tabula rasa in that whatever Sean Hannity can dream up will appear somewhere on that machine. It’s all very quantum. Schroedinger’s Scat?

Per the NY Times it looks like the FBI does have this mysterious laptop, but they also told Senator Grassley that it contains “no Russian disinformation.” For that you need someone with clear links to Russia, aka a republican.

The investigations into any rightwing invented schtiznik do tend to have their day in court, but they never end with an indictment or even any wrongdoing. My complete list of court findings, or lack thereof here. Let’s compare Trump collusion findings vs Hunter Biden findings (WAPO quotes covering Mueller):

The Russian reacharound was considered “a grave counterintelligence threat” by our intelligence agency, which made Trump at risk of  a “malign Russian influence.” The report also says Russian spies “were capable of exploiting the transition team’s shortcomings” and concluded: “based on the available information, it is possible—and even likely—that they did so.”

Now on the Hunter side, we have Grassley and Johnson’s 79-page extravaganza:

Uh, his Linkedln account could use some work. If Hunter used his father as a reference, did he really provide three professional references? Hmm.

OK, paraphrased, because they didn’t find any crimes, whatsoever, but did they find three professional references for Hunter’s Ukraine job? They did find some “bad optics,” very fertile for ongoing Foxal matter.

Remember what happened with a different laptop? in 2016 the Feds seized Congressman Anthony Weiner’s laptop (husband of then Hillary-aide Huma Abedin) and the rightwing media projected all of their delusions onto that machine. Fox even ran with “Indictment imminent” for Hillary during early voting after this important event. Brett Bair later issued a retraction, no doubt after the election, but you see what happens here? Nothing related to Hillary came from that laptop, but it was still relevant to the outcome of the 2016 election. So this meaningless stuff matters, because it has implications that can rock our political worlds. Their crap is our king.

I do believe Burisma is not dead. More “revelations” and intrigue will surface and there will ongoing speculation and more disturbing Hunter revelations, as the guy obviously has some issues. Prediction: they will eventually explore Joe’s obstruction of Burisma, because of their patented I know you are, but what am I defense. But will anything surface related to the initial inquiry? No.

Burisma may now be devolving further into questions of Hunter Biden’s taxes. So think about the senate ignoring the removal of a sitting president for the possible tax issues of Trump’s political opponent’s son. Hmmm….

Now QAnon takes the dumbest double scoop scandal and doubles down on that, so let’s call it a Quad, because it takes Pizzagate to a whole new level. This can be interpreted as:

“If there’s no basement to this pizza parlor for Hillary to run a sex ring out of, where going to need to dig one.”

This new approach by the reality impaired expands this conspiracy stuff to any judge, politician or counsel who doesn’t agree with the crazy initial premise. In the case of Pizzagate/QAnon, that a Kabal of satan worshipping pedophiles secretly run the DNC. Yes, we will be spending more time on this, sadly, so watch for the next Qdroppings. This is where we are at, folks. My friend and the Trump base don’t believe the findings of judges, special counsels, the Feds, and anyone can be deemed a member of the deep-state for disagreeing. It’s like McCarythism with a head injury. Today we’re not talking about the greatest cyberattack in our history, we’re talking about QAnon. And anyone who doesn’t further their narrative is corrupt. It’s a conspiracy that everyone’s is on. If I join the deep-state do I get a decoder ring? I’ve been waiting for that…

On the way out the door William Barr finally gave up the ghost and wouldn’t back Trump’s latest craziness, so he is obviously in on it. McConnell accepted the results of the election so he’s out. So we’re talking about the Trump crime family and the majority of their fanatical followers. Who is running this ship besides the mad King and the mysterious Q? Maybe my friend Pokey is the sharpest tool in that shed of theirs. Maybe he is as close to an intelligentsia as they’re going to get. And that should frighten us all.

*As I move to post, my blogvesary just posted his version of this same phenomenon, in reverse. His post can be summarized as the media is harping on Trump and a bunch of fake crimes to cover for this Kabal of satan worshiping democratic pedophiles. Wow. It’s the reverse of the reverse.