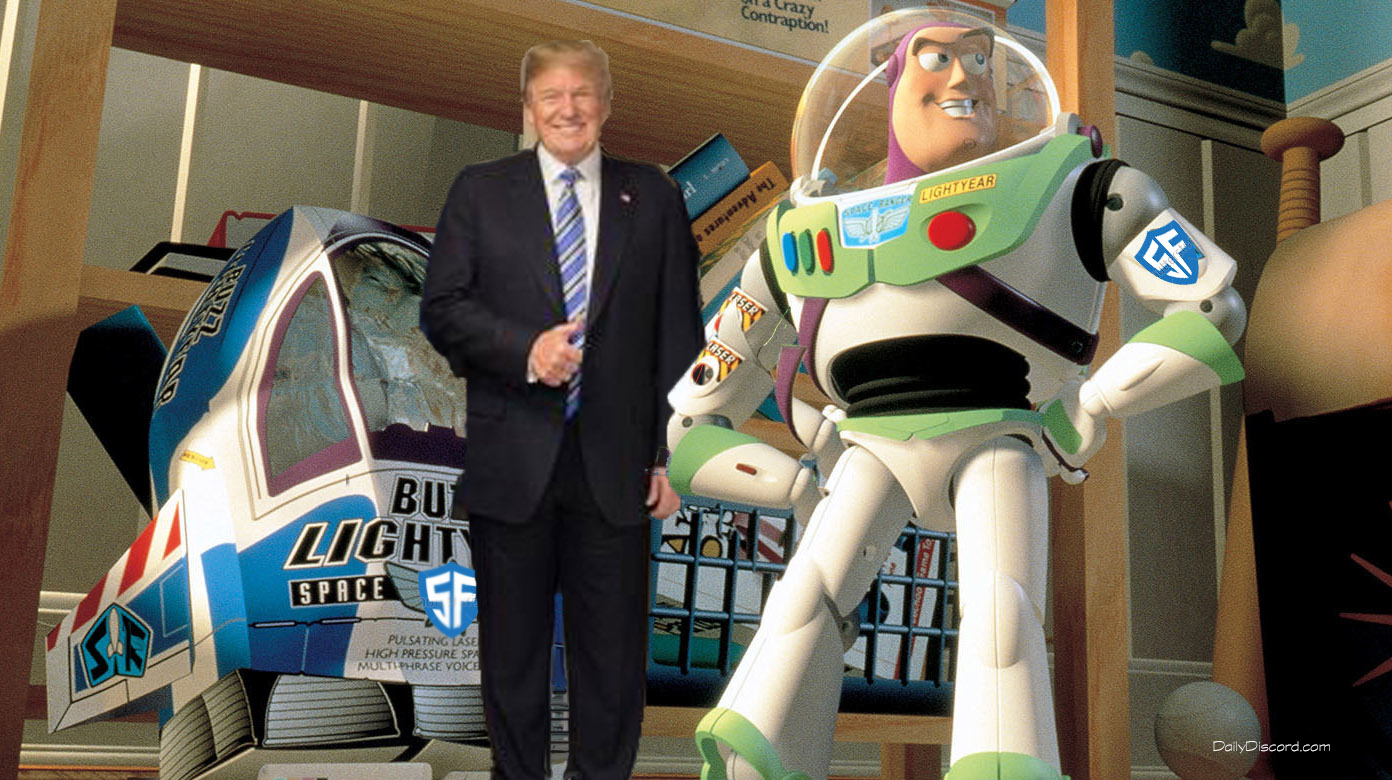 Tweet Tower—Soon after the announcement of the creation of a United States Space Force, President Trump revealed his intentions to appoint Pixar giant Buzz Lightyear to head this new branch of the military. Lightyear, a twenty year veteran of animated space exploration, has already expressed his excitement and his desire “to protect this great country from all space threats while our nation’s deficits reach to infinity and beyond!”

Lifetime friend of Lightyear’s, Sheriff Woody, told the press today, “I am proud of my friend, and I hope I can still be on his crew. They can make me with a space helmet and a cowboy hat. It’s been done before, remember the movie Space Cowboys? Yeah, I could be all Tommy Lee Jonesing this Space Force shit.”

*A Space Force? What the hell is wrong with these people. The international nature of space exploration has been the theme my entire lifetime. To have the final frontier be hijacked by a warmongering, bigoted asshole is a little too much to take. Resist.