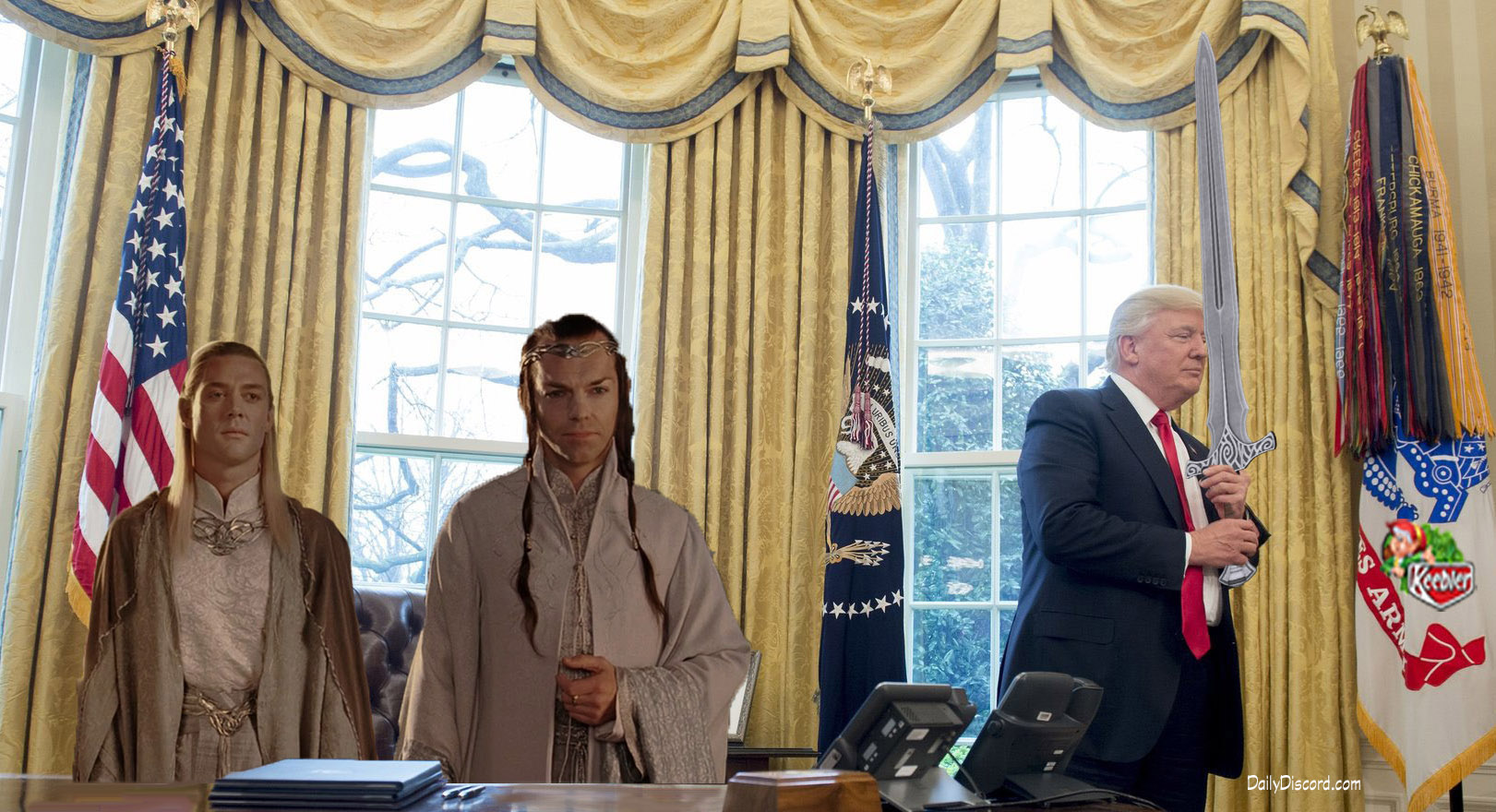 Tweet Tower—Two members of the White Council descended from the Misty Mountains of Rivendell today to bestow unto President Trump the coveted Sword of Tweétit-nuiân. The High Elves complained of boredom since the conclusion of the whole “ring thing” and felt ready to “stir some shit up again.” They stand ready to come to the aid of the armies of men once more. Rivendell has very limited cable; they apparently only get Fox News, which has made them very wary of the actions of both Kim Jong Un and the Whitewater Witch, Hillary Clinton.

The Lord of Rivendell, Elrond (not to be confused with L. Ron Hubbard or El Chapo), told the press today, “We have heard your desperate tweets and we will heed this call to action #RivendellReady. We elves still have a lot of questions about Benghazi and the use of a certain private email server. Now the pantsuited menace is breeding an army of millennial-goblins on the coasts. We were summoned to answer the threat of of this foul sorceress and her green minions. Real ‘Muricans stand upon the brink of destruction, therefore, the last of the Avari will stand with the forces of men. The White Council is dispatching all 11 of our armies, because our armies go to elven. See what I did there? Nîn o Chithaeglir lasto beth daer. Rimmo nîn Bruinen dan in Ulaer! This translates roughly as, ‘May we please rent some vegetables?’ Sorry, I didn’t have time to prepare a proper speech, so I just wrote one en route.”

The absence of Galadriel, the only female delegate of the White Council, did not go unnoticed. There is a rumor circulating around Rivendell that she blew off the event because she thinks Trump is an “asshole”.