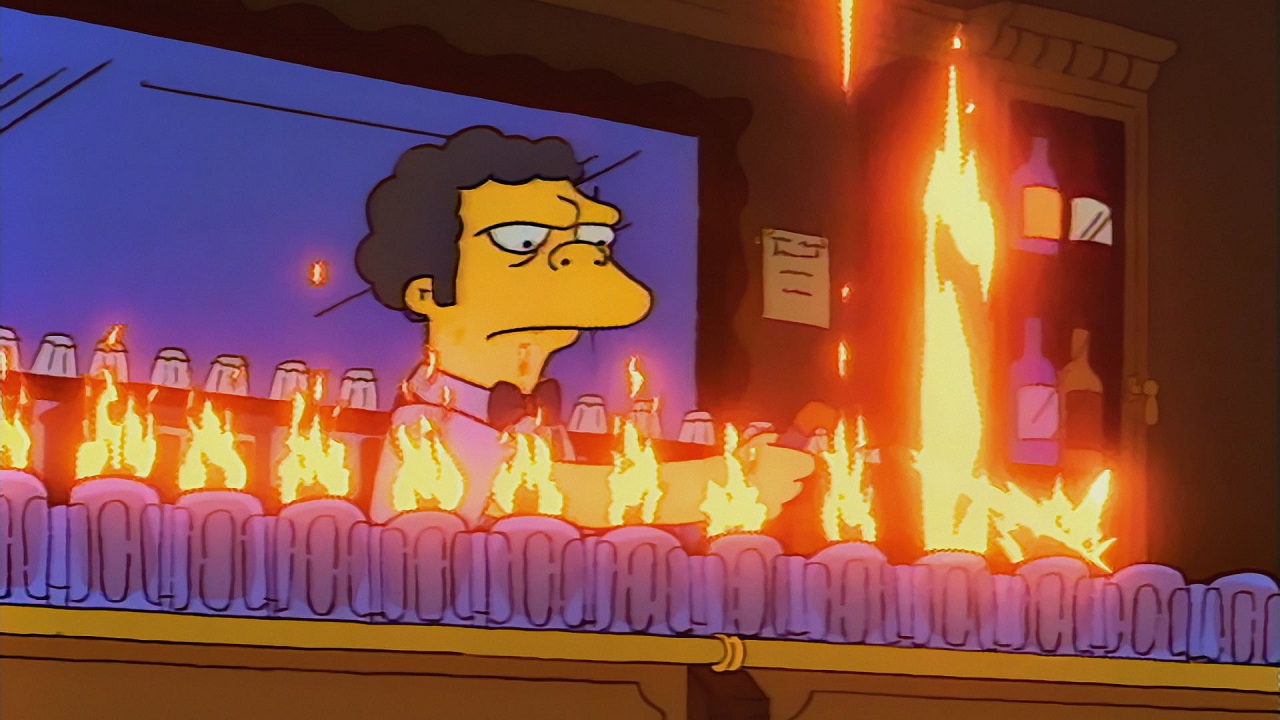 Washington, D.C.—The White House is downplaying a fire that started earlier today in Chief Strategist Steve Bannon’s office, or, more specifically, his liquor drawer. The fire occurred as Mr. Bannon was trying to recreate the Flaming Moe, a fictional drink of Simpsons’ fame. The flames quickly spread from the liquor drawer to one of President Trump’s auxiliary hair product drawers, and in moments the fire claimed a chair, some drapes, and a portrait of Dolly Madison. Everyone involved agrees the fire was quickly contained and could have been much worse. In a presidential tweet, President Trump calmed the American people: “Luckily we only lost a painting of that chick who made the first ice cream cone #GoodbyeDolly.”

The White House is also denying reports that during the incident few followed proper evacuation procedures. Most of team Trump never left the premises and those staffers who did were found milling about the south lawn by the dumpsters. The president himself failed to egress, but later told the press, “I don’t have to leave. That’s what the secret service is for. They’re trained to jump in front of me and breathe in all the toxic fumes in the room. Gutsy guys. The best smoke suckers anywhere.”

Mr. Bannon explained how he is a big fan of fictional cocktails and has a personal goal to create and imbibe all of them. In a Discord exclusive, Bannon said, “I think we should all be thankful I wasn’t attempting the Pan Galactic Gargle Blaster from the Hitchhiker’s Guide to the Galaxy. That could have taken out the entire West Wing, not to mention what’s left of my liver.”