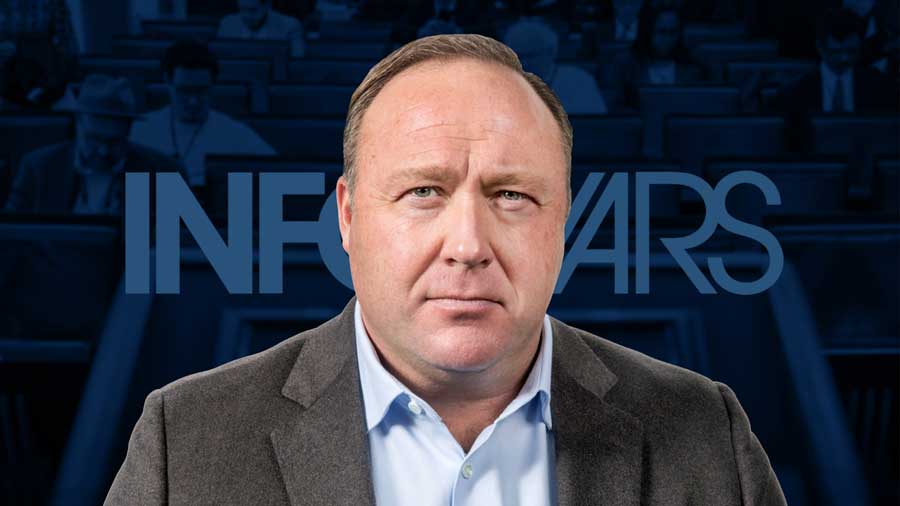 Sure, that headline is a bold statement, but I am basing my hypothesis on both my blogvesary’s latest Stop the Steal article, as well as the deeply disturbing fact that roughly 70% of R-Anywhere still agree with the stolen election premise. Yes. Here we are. It begs the question: are average republicans shifting right of even Alex Jones’s typical schitznik? Think about that, and then check your dual citizenship status. This should further discourage our Flat Earther friends, because anyone right of that guy should plunge off the map. Hey, we could market it as the rapture. But I find it fascinating that, regardless of how many details unravel, the main premise of any given false narrative holds. The wrong remains the same. Rightwingers can hang onto any factoid, in any situation, regardless of how many pieces of their overall puzzle fall off the table and roll behind the couch. It’s a like my grandmother back in the day; she could make a delicious and hardy soup out of a potato and half a stick of celery. But, in this case, the soup isn’t so much delicious as seditious.
Here’s the pattern I keep pointing to:

These rightwing scandals generally have an Origin Myth, which can be linked to a Factoid or two, which is a tiny, related truth. The Investigation, aka the witch hunt, tends to uncover the Double Scoop, or this extra tidbit of Foxal matter to spread around cable news and our social media platforms. The Distraction then allows rightwing media to ignore what’s actually happening, which in many cases is the inverse situation. This model can both generate and perpetuate a faulty narrative and keep it humming for countless news cycles.

Let’s see how my friend’s latest yarn plays out. Hint: it’s very close, but with one notable exception; as republicans hone their Gobblesque craft, these schemes can run much longer on even less truthiness. Is this their idea of energy efficiency?
The ‘Stop the Steal’ breakdown:
The Origin Myth
The Origin Myth for this one actually starts with Trump himself, who said, should he lose, he might not honor the results. By the way, a similar situation would likely result if any country chose to elect a malignant narcist as their leader.
Factoid
The factoid typically has some element of truth to it—no matter how small or irrelevant to the greater narrative this morsel may be. In this case, I still don’t quite understand what happened with the ‘bursting pipe’ that allegedly stopped the counting in Georgia. It is almost as if republicans have a point on this one. Kidding. But the “burst pipe” situation was strange, and to my mind it has not been adequately explained. Although it’s debunked fairly thoroughly here, I still don’t understand how some poll counters thought the count was suspended. The matter did cause some chaos, and where people are dazed, republicans are confused.
The other part of the GA irregularities involved some ‘mysterious suitcases’ that proved Dems were dumping in-person ballots. Fact Checker summarily debunked this as GA officials explained: in the ‘controversial’ video we see how we transport counted ballots, per policy and procedure (full article here). Factoid Two: yes, amidst the pandemic and for reasons of public safety, many states paved the way for more early mail-in voting options. If you believe the estimated million-plus Americans are still faking their Covid deaths, I can understand how this might appear nefarious.
Each of the conspiracy theorists claims fell one-by-one via either reviews of Homeland Security, the state departments of the district involved, or a variety of courtrooms from sea to shining sea. A brief list includes: Dominion voting machine glitches debunked by the State Dept of Michigan. Most of the GA irregularities are debunked here. The State Dept. of Michigan debunked the dead people voting notion, and the State Dept of Wisconsin debunked the ‘suspiciously high voter turnout’ premise.
The Distraction
Clearly one part of the distraction involves Hunter Biden and his now infamous laptop. If Hunter is found to have bent the rules, which I suspect he did: A. it will reflect badly on the president but will not directly involve him. B. it is a drop in the Trump crime family bucket, for those familiar with such words as: ‘Crime Family,’ or ‘Magnitude,’ or even ‘Bucket’. And, more importantly, it has little to do with sedition, insurrections, or our crumbling institutions. Guilty or not guilty, it’s a distraction.
But what were they distracting from, Zano?
Well, their own diligent efforts to suppress voting in key districts. The Atlantic breaks down step-by-step how republicans plan to steal the next election, and this narrative has the advantage of being based in fact. If any Trumpies get into any of these key positions, this will likely happen. Dems are actually supporting radical republicans, based on the notion MAGA candidates are more vulnerable in the general elections. This is going to backfire, rather spectacularly, should any Trump friendly politician find a home as one of these election-integrity gatekeepers. We should never goose the results in such a manner. This is playing with fire. My friend misses all of this while mired in delusion.
He is also missing this part: the January 6th committee painted a horrible picture of our former president’s actions and inactions in and around that infamous date. He continues to ignore how Trump alone pushed ‘stop the steal’ through sheer force of will. Hell, even Trump’s two most loyal cronies, AG Barr and Ivanka, weren’t buying it. Again, 70% of the republican party lives ideologically right of those two gems. And the only election-related felonies thus far come courtesy of some small potato Trump-supporters, playing games. A Trump-only-delusion is enough to convince the majority because their worldview is quite immovable in 2022. It’s like if the Buddha parked in the wrong spot, announcing: Sewage treatment plant? Sure, but I aint budging!
[Dookhisatva joke returned to the temple, postage due.]
The Double Scoop
The double scoop, as explained in my initial pattern, usually involves some factoid revealed during an investigation. We don’t have any of those, because everything from Trump’s to Lindell’s to Guiliani’s ‘evidence’ was thrown out of court, with prejudice.

Past double scoop examples include: when the first several Benghazi hearings revealed nothing, the effort shifted to Hillary’s emails. And when Podesta’s hacked emails failed to be sensational enough, the strategy morphed into ‘hidden codes withing the emails themselves.’ The double scoop is when our republican friends typically charge into the basement of the basementless Pizza parlor, guns a blazing.

I am telling ya, the reptilians will enter into this. But our narrative marches onward minus any double scoop, because savvy QAnoners just dug deeper to keep this Frankenelection narrative alive. Case in point, the rest of my blogvesary’s premise shifted to Steve Pieczenik, who claims to be working with a CIA operative with ample proof of election wrongdoing. Yeah. Get out that celery stalk, grams. It’s time to make soup! So I looked into this one, and there’s a Daily Beast article (an actual news publication) addressing Exhibit Steve:

“Whatever grip Pieczenik had on reality began to slip decades ago, when he began to appear on InfoWars. Pieczenik became known for claiming that a tragic event, often a mass shooting, was in fact a false flag event or even faked entirely. He’s argued that the 9/11 attacks, the Sandy Hook shooting, and Pearl Harbor were all false flags. Among other claims, Pieczenik insists he once arrested Pope Francis.”

This isn’t an ad hominem attack so much as an ad Vatican one. So, to maintain the lies, my friend needed to find a guy who was the inspiration behind Alex Jones’ Sandy Hook antics? That doesn’t seem to be going well for Mr. Jones at the moment. This is where my ‘truth-seeking’ friend resides these days. I joke about the reptilian agenda, but David Icke’s main reptoid theory seems more coherent and plausible than where our GOP is currently slumming. Don’t worry. I will find crazier conspiracy theories to stay ahead of these jokes. This might take some time as I recently cancelled my Weekly World News subscription.
An insurrection didn’t require anything except the original factoids: “pandemic increased mail-in ballots” and “a burst pipe in GA,” and then all you have to do is heavily marinate this stew with wholly fictional Foxal matter, and voilla. Again, the double scoop from our committee hearings and court rooms isn’t necessary anymore. The false narrative can fly on almost nothing. Soon Fox & Friends can simply repeat the stuff they like from the grocery tabloids: Bat Boy Colludes with Hillary on Death Star. In fact, I think I am calling it. We have arrived at that promised land.
Keep in mind, there are dozens of other tidbits, since disproven, that my friend has already trimmed out of his narrative (without hardly a mention). This is exactly how most prestigious corners of rightwing journalists operate. He has learned well from the masters. So for this one, here’s the equation:

Simply put, you can easily create this atmosphere of distrust and then justify anything. A prime example comes from my recent IRS feature; it’s a blueprint of sorts of what’s to come. The rightwing scandal that accused Obama of targeting his enemies via the IRS was disproven, long ago. At the time, I suggested the need to tighten up procedures to avoid the possibility of future abuses. Republicans, including my blogvesary, weren’t interested. Fast forward an administration and we find a republican president clearly implementing such tactics. He took a once fictional narrative and made it a reality. The chances of both James Comey and Andrew McCabe being saddled with very rare and in-depth audits has been estimated to be about 1 in 30,000. My blogvesary responded to this with something akin to: yeah, they should watch it after what they’ve done. Hmmm. Make up a crime and then justify the same crime years later as to counterbalance the wholly imaginary one. This is how they will internally justify stealing the next election. Accuse your accuser of that which you’re plotting. It’s brilliant. This isn’t new but we keep finding more meat on this bone.

You just said there’s no meat on this bone, Zano?

Oh, right. I retract that.
But in order to maintain the illusion, this funhouse mirror needs to bend further and further. Oh, speaking of increased cognitive dissonance, check out the Tucker Carlson’s interview with Bill Nye the Science Guy. Nye points out Tucker’s cognitive dissonance, and Tucker responds, “So you’re calling me mentally ill?!” Yeah, I have written a dozen articles on cognitive biases and enjoy about as many followers, and Carlson is the most influential republican on Earth …and he’s a &^%*ing brainless &^^ hole! [censored for not meeting Discord community standards.]
But when does the funhouse mirror finally crack and shatter, Zano?
For those who read Zano, you already know that answer. Cracks in the surface are just more places for the Foxal matter to hide. There will always be a Jones (Alex or Jim), Icke, Applewhite, or Pieczenik to further enrage the delusional. And we will never be able to debunk faster than they invent. For this narrative, only one known liar lies and 70% of the republican party still, years later, believes this lie. And this is all happening as we fail to implement policies to avoid the extinction of our entire species. Instead of addressing anything relevant, we now reside a scant half-step leftward of the reptilian agenda. Excuse me, but I am going to eat a cricket now and send the image to my blogvesary. You gotta have some fun.
…no, that’s not considered Insecxting. That’s different.