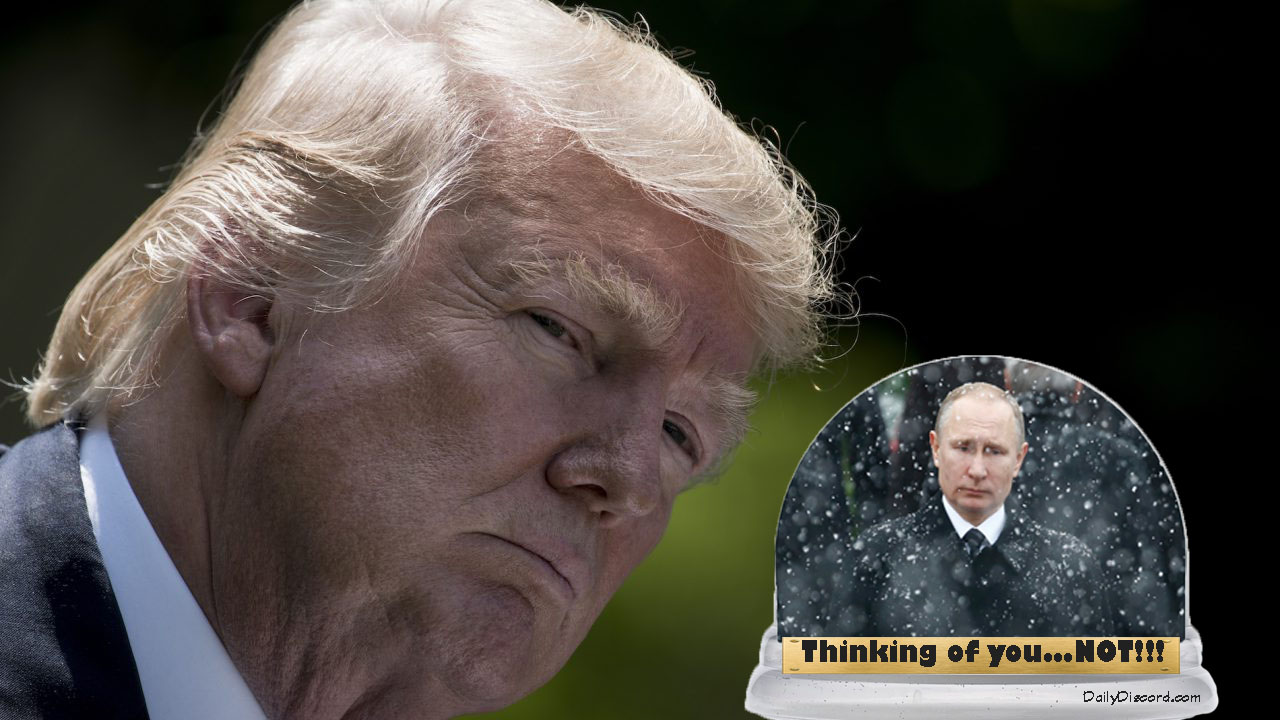 Tweet Tower—President Donald Trump’s twitter account remained at half-tweet today after Russian President Vladmir Putin sent him a gift and a short breakup note. Those interested in employing the 25th Amendment as a means to end ass-clown’s reign are focusing on how The Donald might react to this ending bromance. Trump’s Chief of Staff, General John Kelly, said, “The President is going to get through this.Thus far he is only lashing out at Iran, North Korea, the Mayor of Puerto Rico, and the poor seeking healthcare. Fine! He’s locked himself in a bathroom again, which normally wouldn’t be a problem, but there are dozens of them in this place.”

Vice President Mike Pence told the Discord, “He’s obviously upset, but I think the sooner he starts to see other dictators the faster he’ll be back to his old narcissistic self. I don’t think letting people die in Puerto Rico or escalating a Middle East war with Iran will be enough. So we have him scheduled for a bromantic evening with Philippine President Rodrigo Duterte. We found him on DateDespot.com. We are trying to convince AG Sessions to dress up like a Keebler Elf and talk War on Drugs brutality. We’re pulling out all the stops for this one. No really, there will be no stop signs within 20 miles of the meeting place because they remind the President of all of Putin’s requests to stop sanctions.”