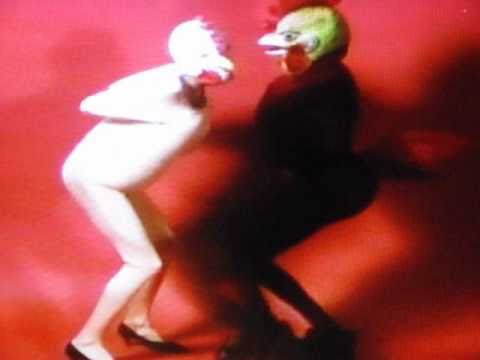 We asked Alex Bone four questions, which, as it turns out, is four more than we should have asked him.

1. I heard you got divorced, so how is that going?

So, yeah, I’m divorced. My family and friends have forbidden me to date again, since I seem to have such bad tastes. My father says you’re no longer allowed to date women or men or animals. Inanimate objects are okay. Just date those.

That’s okay though, because I think I found a nitch which works for me.

I’ve mostly been seeing divorced moms. We have a little fun, but they break it off and say, “Yeah, Alex Bone thanks for the orgasms and all, but yeah, I can’t risk having you became the father of my children, because well, you know, you’re you.”

I try to look sad, while inside my mind is yelling, “Sweeeeettt!”

2. So how do you feel about President Trump?

I rarely give kudos to the Daily Discord, but they kind of nailed this one:

3. Some of my friends quit drinking, where do you stand?

So, I was in a store a few days ago and this woman came up to me and asked, “Are you waiting for Liquor?”

“I meant do you need to get into the cabinet?”

“I think I’m too big to fit inside most cabinets. Why have I been bad?”

“No, I mean do you want to get into the liquor cabinet.”

“Will I have to come out? Because I hate being teased.”

4. If you could do one thing to make the United States better what would it be?

Think about domestic violence. No one likes it. Well, maybe some people like it, but I don’t think we want to hang out with them.

But did you know that yelling at a significant other is considered domestic violence in Arizona? So just about every single person who’s been in a relationship is guilty of being domestically violent. But I’m thinking this brings up a new option.

If getting physical and shouting are both illegal, I have an idea which would eliminate real domestic violence. Men are often stronger and bigger, but on average they say only about one word for every five a woman says, and mostly the words men say are things like, “Hey, this is good beer,” or “Daryl’s crossbow is cool,” or “Let’s get more beer and watch The Walking Dead.”

What I’m proposing is that men are only allowed to talk during arguments and women can only get physical.

Wait, hear me out. Men would be mostly safe, just stand in a corner and cover your nuts and you should be able to weather the storm and it you can’t, you probably aren’t manly enough to have a girlfriend in the first place, aka, hit the gym, Mr. Tubby.

And how bad would this really be for women? Men forget what they were mad about in about thirty minutes. Offer us a sandwich and we’ll start giving you a foot massage. Even if a guy was really upset, what’s he going to say. “I really just want to hang with my friends once a week and play fantasy football,” or in my case Dungeons and Dragons. Pretty soon the girls will get bored and make themselves a sandwich.

For more magical tidbits hit my blog, minus all that pesky editing.