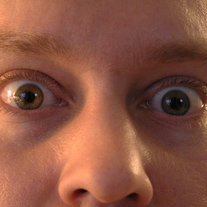 Recently The Discord has fallen below its usual high level of journalistic excellence. As CEO I have identified the problem as the general weed availability in the Flagstaff area. Too much or too little has yet to be determined. In our recent Putin Syria coverage, we implied the Russian fighter was the adversary from Rocky II when actually he was from Rocky IV. On a similar note, I don’t know what XVX even means numerically. We have had so many apologies over the years I can no long count that high in roman numerals. I believe Rocky XVX fought Cthulhu, right? I would fire Zano, but in the past this has only proven to further Miltonize him. On a related note, I want my stapler back.

In retrospect, I should have sent Alex Bone to the Vikings Lives Matter rally instead of Cokie McGrath…

Several Vikings are pressing charges on our field reporter, which raises my insurance rates, yet again. There are several problems resulting from our yet to be aired Search Truth Quest episodes. We have a slew of complaints from Historic Brewing Company and the Ghost Flounders Inc. regarding our team’s recent Billiams ghost investigation. I am strongly recommending we avoid any and all investigations in the Billiams Arizona area. Obviously your brand of humor rubs people the wrong way in that one horse town. Oh, and we’re also sorry about the horse. Speaking of rubbing people the wrong way, let’s keep Tony Ballz away from Hooters. There are no haunted Hooters in the southwest! You are all just being immature, pathetic middle schoolers again.

In our feature Muppet Marriage Mayhem, the pig in question is apparently not a stolen image of Miss Piggy. It is rather a stolen image of her cousin, Denise. I’m just thankful Jim Henson wasn’t alive to witness this dark day in Muppetdom history….or should I say, Muppetdumb.