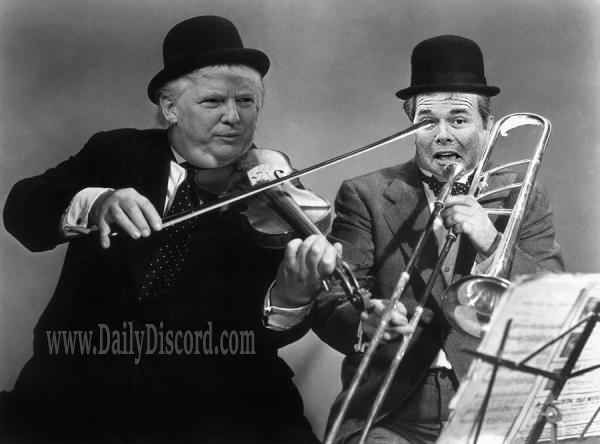 I think the GOP is self-harming again, which may require an inpatient hospitalization. When one self-harms, it initially provides feelings of relief, but ultimately it’s going to leave a mark. Donald Trump is that mark. He represents their anger, primarily with themselves. He is their collective cry for help. The Donald is their way of blowing off some steam and regulating their—who am I kidding? Self-harming teenage girls are more stable than these buffoons. Oh, and I found a test for Borderline Personality Disorder. Do you want to guess how our 21st century republicans fare? Yep, we’re talking the Full Lohan.

“If The GOP were a flock of birds they would all be heading toward the nearest wind farm, backwards—while turd-bombing random vehicles.”

Self-harming behaviors are prevalent with personality disorders, my old diagnosis here.  As I’ve mentioned before the cognitive dissonance pulling at the Republican party is great. I couldn’t tell this week if the republicans were crying because they were happy to see the Pope or sad because he was trashing capitalism. Pope, or no Pope, their bad behaviors will only increase. I know it’s hard to imagine worse than that last debate, but it’s coming. By 2020 we’re looking at a off-his-meds Ozzy and Patriot’s Mascot ticket.

Personality disorders are very difficult to treat even when it’s one person, let alone millions. As I’ve mentioned before, the Republican Party’s prognosis is poor. There’s very little we can do for them now except hide the electoral college points…you know, until they Whig out. Not everyone registered as R is a borderline, many suffer from anti-personality or narcissistic disorder. These are all similar disorders characterized by ingrained and fixed negative traits (See: whenever Trump speaks). In the handy dandy psychiatrist’s handbook these are part of Cluster B, but for republicans I’ve revised it to Cluster F.

I’m not saying every republican in your life necessarily meets the criteria for a personality disorder, but sadly as a collective it is accurate. To put this into perspective, if The GOP were a flock of birds they would all be heading toward the nearest wind farm, backwards—while turd-bombing random vehicles. They should probably work that into their platform. Let’s start with a ‘find’ and ‘replace’ all batshit with bird shit for all my old posts. Microsoft Turd?

Personality disorders are strongly associated with both histrionics and suicidality. They are also linked to extreme and rigid thinking. Sound familiar? I call this all-or-none stinking. Thus we see their political tantrums and their endless attempts to shut down the government. This is also why they have this ‘ends justifies the means’ approach to governing. Trumpivellian? It’s how they can systematically suppress voting rights and not waiver from their firm belief that they’re staunch Constitutionalists.

Here’s a test I found on-line to determine this type of disorder and adapted the answers a bit for fun:

Only when Fox & Friends is over

Only when watching the Science or the History channel

When someone raises taxes

Only during Rachel Maddow

2. Sometimes when I’m stressed out—especially if someone has abandoned me—I can get very paranoid, feel myself “spacing out” or dissociate.

When The Pope is sounding too liberal while addressing Congress

When I just know somewhere Mexicans are sneaking over the border.

When I can almost hear the government getting larger

Only during the 17th hour of a Cruz filibuster.

3. I often idealize others and feel comfortable in sharing the most intimate details with them. But I often feel that these same people don’t care enough and aren’t there enough for me.

Only with Ronald Reagan

Only at Tea Party rallies

Only at Tea Party rallies dressed like Ronald Reagan

4. I’m sometimes very angry, extremely sarcastic and bitter, and feel like I have a hard time controlling this anger.

Whenever I’m on one of those damnable Fact Checking sites!

Only during Michael Moore films

When people misuse food-stamps in this country on food products

Uh, I once waterboarded myself to prove it’s not torture

6. My mood can shift between extreme periods of anxiety, depression or irritability in just a few hours or days.

Only when someone mentions Benghazi

Only when someone mentions Obamacare, which I’m on but don’t realize

Only when I’m reminded of “the takers” in this country.

Happy when watching Fox, but angry when switching to MSNBC

7. I would say most of my romantic relationships have been very intense—but not very stable.

8. I’m currently experiencing enough problems in this area of my life that it’s negatively impacting my ability to go to school, work, be with friends or family, or have a romantic relationship, as evidence by:

Congress managed to only show up 112 days this year.

Lost all wars in the 21st century declared on concepts

Lost all wars in the 21st century on other peoples

I think the proof is in the Putin. Speaking of the devil, as I write this John McCain is angry Putin is now fighting ISIS in Syria.

“We’re the only ones who should be losing to ISIS!”

We are dealing with a highly unstable faction of our society in desperate need of treatment. They’re ready to move to Canada during any recovery and they’re ready to bomb Canada the rest of the time. Beware, anyone who gets in the way of their sick agenda. Keystone Pipedream? Oh, and if you answered YES to any of these questions you are a republican…because it’s multiple choice test! Geesh. I just added Borderline to my old diagnosis. So here’s the republican scorecard:

Axis II: Borderline Personality Disorder, mixed in with a heavy does of anti-personality disorder and a sprinkling of Narcissism

Yes, I lowered their Global Assessment of Functioning (GAF) five points since last year. This is another indicator it’s time to for a nice cozy room and a shot of some Haldol. Wait, I don’t think even Bernie Sanders domestic budget could afford another 40 million psych beds. Well, we should at least take their guns. Don’t worry, this isn’t a 2nd Amendment thing, it’s a serious political illness thing (SPI). You know how you take the scissor away from a running child? It’s kind of like that. Today’s republicans are a danger to themselves or others as well as persistently and acutely disabled, or: 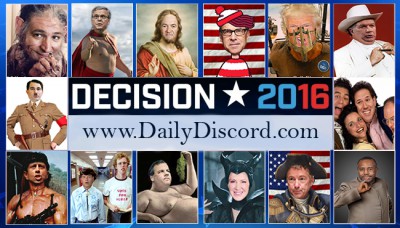