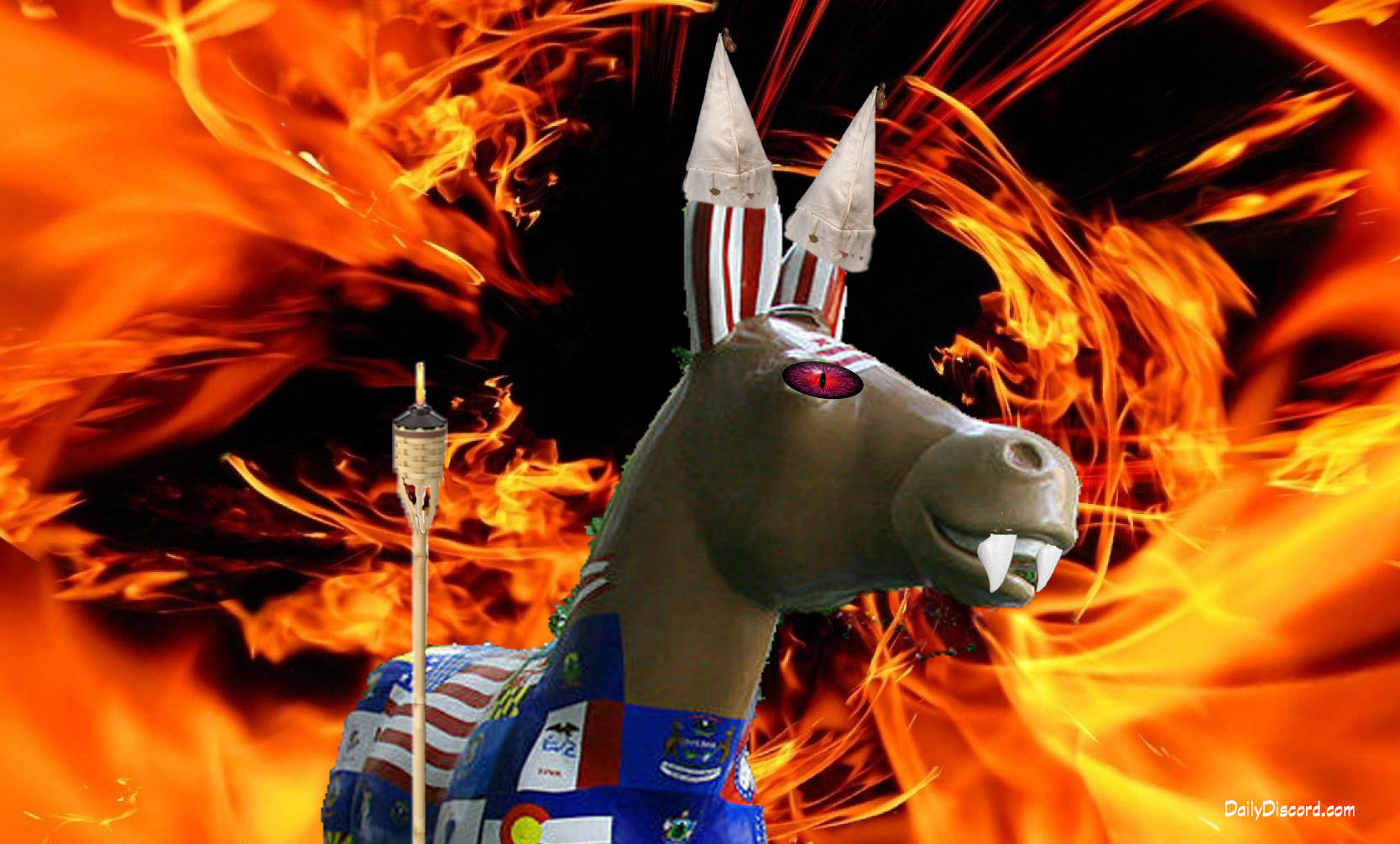 After the Civil War, the civil rights’ movement was ardently opposed by the Democratic Party (North and South). For example 77% of Democratic Congressmen voted against the 13th Amendment that abolished slavery and every single Democratic Congressmen (100%) voted against both the 14th and 15th Amendments that granted full citizenship to freed slaves and gave them the right to vote. As civil rights were instituted for blacks, the Democrats supported a policy of white supremacy involving segregation and racial terrorism (lynching). The Ku Klux Klan was founded and funded as the military arm of the Democratic Party to carry on an underground fight against the equal rights of black people.

At the beginning of the 20th century, Democratic President and Progressive icon Woodrow Wilson promoted from the White House the movie ‘Birth of a Nation,’ which glorified the KKK as virtuous defenders of innocent white people against barbaric blacks.

Throughout the early 20th century, the Democratic Party sought racial purification, promoting biological engineering in the form of birth control for limiting the reproduction of the “feeble minded” and the “undesirable” races. To this day, Planned Parenthood proportionally provides far more abortion to blacks than whites. In 2014 in New York City, more black babies were aborted than born. In following their core values, the Democratic Party hailed this achievement as “racial and reproductive justice” by providing preferential treatment of abortion for black babies.

In the middle of the 20th century, the American people’s attitudes toward race changed drastically. The great majority of Americans now rejected White Supremacy, making the platform politically untenable, so the Democratic Party adapted looking to gain the votes of blacks and poor whites by passing programs that kept them dependent upon government entitlements. Democrats now socially engineered urban communities with government housing, food stamps, and welfare that led to fatherless families forever dependent upon the Big Daddy Government Boss. Through the “New Deal” of FDR and the “Great Society” and “War on Poverty” of Lyndon Johnson, ethnic minorities and poor “whites” were given access to the public treasury (ie. the rich white man’s money) in exchange for their votes. The Democratic Party continues targeting low educated, non-skilled, needy people with public entitlements in exchange for their votes. It is rumored that the deep-rooted racist Lyndon Johnson characteristically stated, “I’ll have those nincompoops voting Democrat for the next 200 years.”

Today we find those communities most fully governed by Democrats–Ferguson, St. Louis, Detroit, Baltimore, Philadelphia, and Chicago–inhabited by the most vocally dissatisfied blacks, with the lowest literacy rates and highest rates of unemployment and crime, mentally enslaved to the Democratic Party.