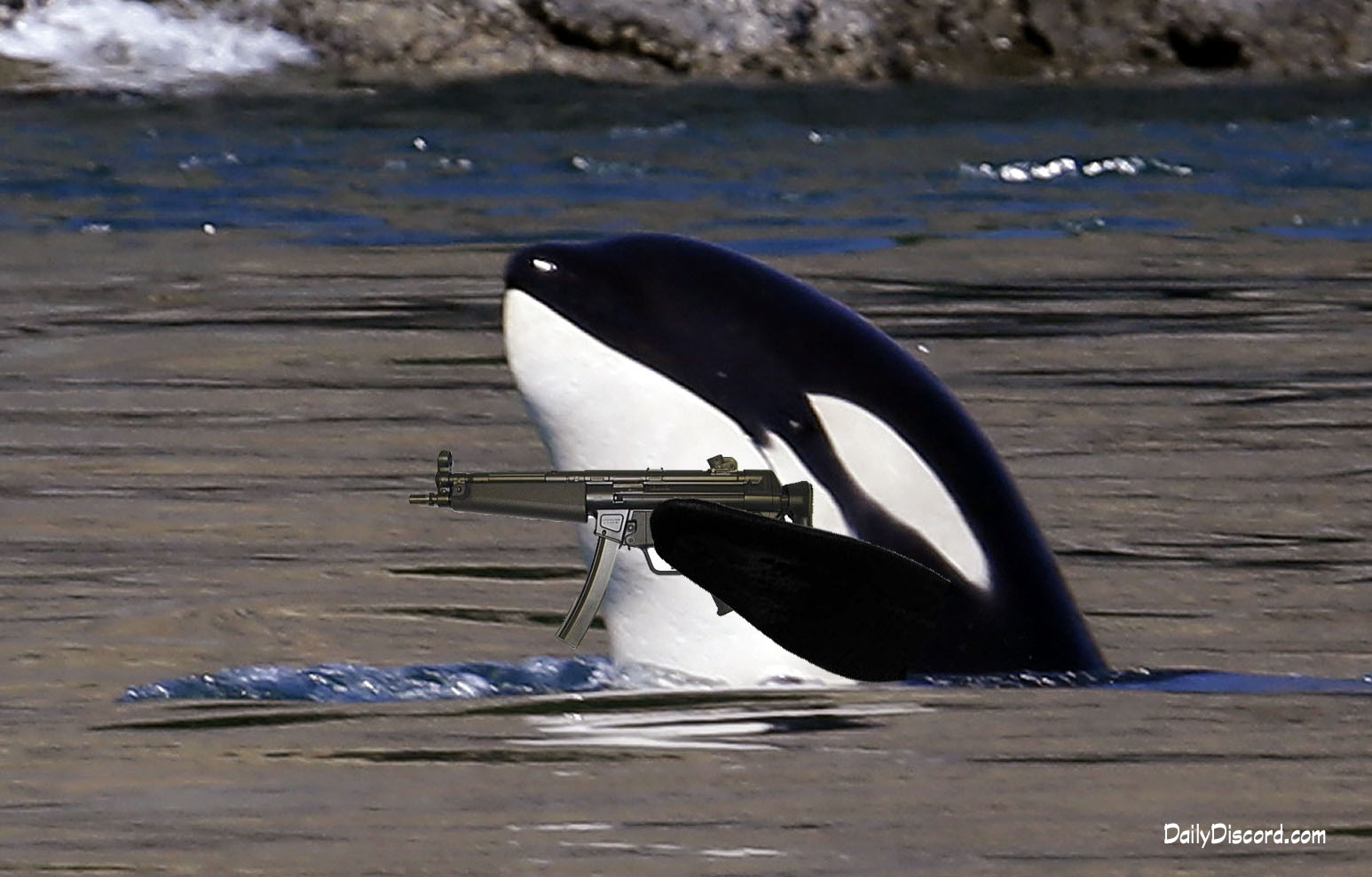 Manhattan Beach, CA—A dolphin is dead after being gunned down on a southern California beach earlier today. Witnesses of the incident claim that the dolphin was trying to avoid a pod of orcas by intentionally beaching itself when one of the orcas rose out of the water and fired a burst of shots at the flailing sea mammal. This opens a grim new chapter to the aquatic gun rights problem, as orcas can legally carry firearms in U.S. waters, just as anything else with fins, gills and feathers.

One local gun rights advocate said, “The killer whale is responsible for this heinous act, not the gun. Killer is in the whale’s name for Pete’s sake, so don’t blame lack of deep sea gun laws. This could fall under existing stand your ground laws, or, uh, …whatever that translates to underwater.”

NRA president, Wayne LaPierre, told journalists, “Maybe this was an orca who crossed the sand bar illegally from Baja. Or he’s some crazed liberal bent on destroying the rights of cetacean and other oceanic mammals. If it produces milk, in my book it can own a gun. Gun control laws are for invertebrate socialists!”

The Manhattan Beach officials are offering a reward for any information regarding the orca’s whereabouts, as well as details of a similar incident involving a group of much smaller minnows currently labeled a ‘bait crime’.