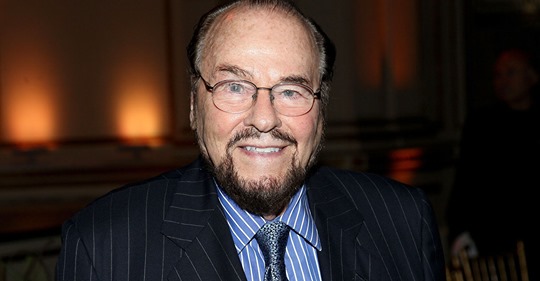 Manhattan, NY—American writer, lyricist, and actor James Lipton has strategically died ahead of Super Tuesday at the age of 93. Lipton always had a flair for the dramatic, and his death is proving to be no exception. As a huge fan of language, Mr. Lipton was secretly unhappy with the president’s tweetular butchery and, after seeing Trump’s competition, the actor wanted to make his last performance a political one. He told a good friend, “With the spread of the Corona Virus, lack of healthcare, and all the strong work republicans are doing across the Middle East and beyond, Death had gotten a big bump in the polls recently. So I thought, why not pick a true winner? …you know, someone who was bound to defeat Donald Trump in the end.”

In his last interview with the Discord’s own, Cokie McGrath, Lipton said, “Right before I checked out I planned to endorse Buttigieg then I’m like, crap. Then I was going to endorse Klobuchar and then a few hours later I’m like, crap. So I just went with the last man standing, which I knew after an ominous knock on the door, I knew it wasn’t going to be me.”

Death added, “We were playing chess and then James leaned over and said, ‘I’m more of checkers man, so let’s just get on with it.'” When asked who the Grim Reaper was endorsing in 2020, he said, “So far I am enjoying all the overtime, so I will stay with the job security associated with the Grand Old Party.”