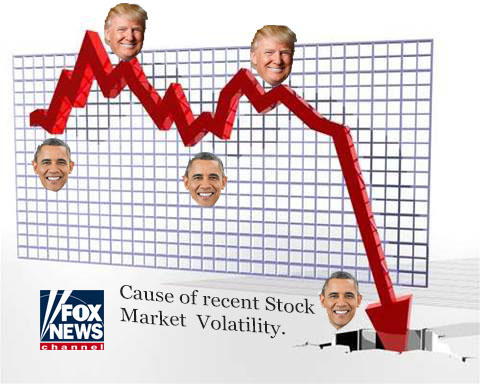 Dimension F—Sean Hannity of Fox News infamy was quick to blame the stock market’s recent 1600 point plunge on Donald Trump’s predecessor. For those Foxeteers among us, that means the black guy. Hannity then proceeded to go on a lengthy rant about Obama’s terribly weak, no good economy, when he was actually referring to Obama’s predecessor. For those Foxeteers among us, that means Incurious George (oh, and you can look up “incurious”, but by definition you probably won’t). Hannity finished his latest insightful segment with a special comment on how #Bear Markets Matter, which, as it turns out, is also bull.

Here was some choice Hannity this week:

That’s essentially correct, but let’s not forget how we actually got here. A quick review:

It’s just like when Republicans take credit for the strong economy at the onset of each of their administrations, but then blame the collapse at the end of their tenor on their predecessor. That was another magical Fox moment, when they compared the initial economic fortunes of each president. Ha! 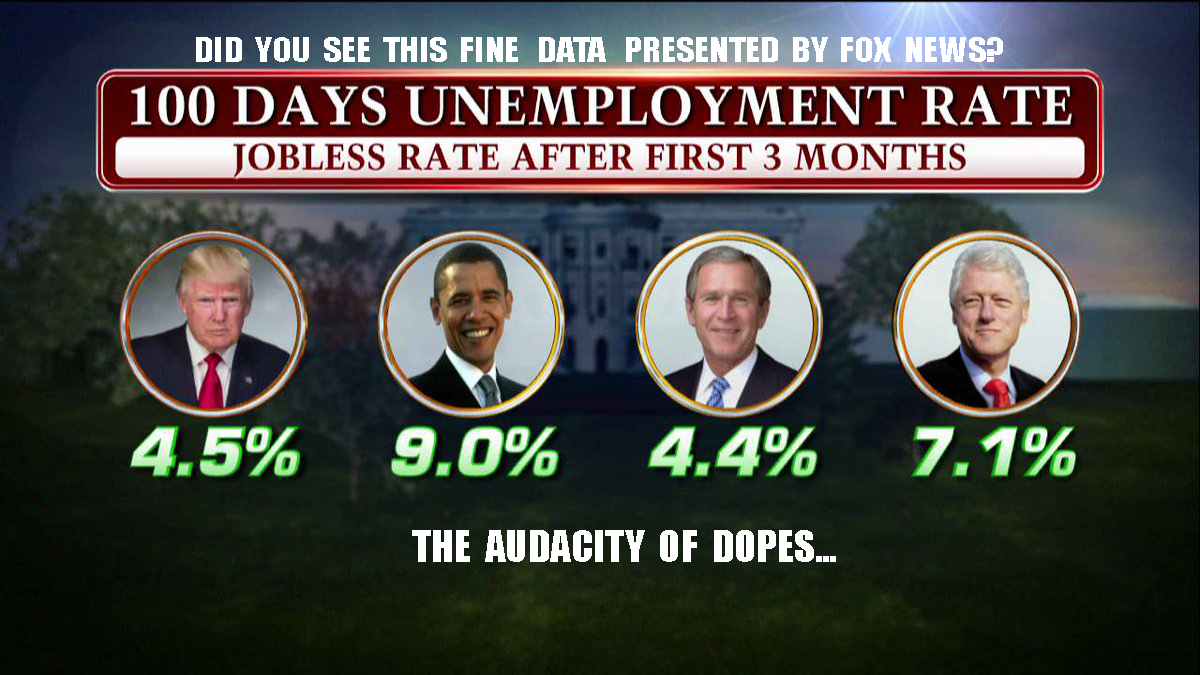 Here was my response:

“As Trump flares and burns across the night sky like a shooting star with too much beta-carotene, Fox News recently tweeted this gem (above). Last week, instead of covering the news, they got tens of thousands of people to retweet something that should be an embarrassment to their brand. … Sure Bush and Trump inherited strong economies—operative word ‘inherited’. Simply put, history will grade Obama and Clinton’s economic prowess and accomplishments light-years ahead of Dubya and Trump’s. So you can shove the rest of your 24/7 anecdotal drivel up Hannity’s America (Mick drop).”

Fox News is recovering their viewers as Trump’s economy continues to chug along. When will the next collapse occur? It will certainly happen by the end of Drumpf. And, despite a strong growing global economy, I am still predicting disaster sooner than later. Never underestimate the ability of a Republican to screw up a good thing, no matter how favorable the winds. The world is finally recovering from your last asshole and then, essentially, you elected an even bigger asshole. Well done. Not really; we’re toast.