Romanticism is an oft-neglected aspect of the delusional Republican landscape that I call the TwiRight Zone. Our conservative friends are desperately trying to salvage their legacy. Social media is awash with folks evoking Lincoln for some scant validation. Could you imagine Lincoln on Hannity? “Excuse me, young man, but I am late for a play …I know, son, but unlike you I can choose the lesser of two evils. Now if you’ll excuse me.” See? I have much more in common with Lincoln! We would both rather be shot in the head than sit through Hannity. It gets worse. Republicans can’t seem to acknowledge how our political platforms switched around the time of the Civil War. Do you really think you were the progressive types at the end of the 19th century? Really? Were you the folks creating the underground railroad, or is it more likely you were cutting holes in some sheets? Yeah, I can see the carriage bumper sticker now: KKK is OKKK with Emancipation! So you don’t fall victim to similar blunders in the future, here’s an easy trick: if it’s something that history judged meaningful or good, you voted against it.
Liberals invented romanticism, but their version emphasizes a return to a pre-industrial revolution model. This makes sense as we exhaust our resources, trash our ecosystems, and die. Tree huggers vs Free buggers? The Republican version remains the story. When you don’t actually have a win column, apparently you invent one. Rightwing romanticism is simply revisionism minus all that pesky history. Your political party is so far down the rabbit hole, you’re lodged somewhere between Narnia and the Mad Hatter’s arse. C.S. Lewis Carroll? Is this conservative quest for some Lincoln-love an acknowledgement that there’s nothing salvageable in the last century? After Hillary’s recent “basket of deplorables” comment, Trump is demanding some respect. Trump supporters deserve our pity, nothing more. After all, you earn respect, like how my parole officer only drugs screens me occasionally these days. Be progressive, lean forward …and piss into this cup. Hillary’s comments only account for half the Trumpster divers. What about the other half? Bucket of batshits? We have hit that point that if you are still supporting Trump you have to ask yourself some hard questions, like “do I still have a pulse?” Hillary aside, you have to realize this guy is not ok.

The other period associated with Republican romanticism is the 50s, an era that ironically reaped the benefits of the tail end of the most socialistic period in U.S. history. My old bit, here.

“Whereas liberals want to go climb a tree to save the planet, Republicans want to get back to a nice segregated community where they can beat their wives and their children with impunity. See? You guys will adjust to Sharia Law a lot better than the rest of us. Even their understanding of our colonial period is fraught with false assumptions, like Sarah “I’m-warning-the-British!” Palin. The colonies were first settled by Protestants who balked at the religious authorities and instead sought a more personal relationship with God, as David Brooks asserts here. Sure the Christian Mingle bunch was mingled in there, but most of our Founding Fathers preferred pubs over pews. The Sam Adams Doctrine?”

So the three main areas fraught with Republican glorification is Lincoln, Reagan and the 50s. They also take ownership of the colonial period as well, not like historians, more like cats. In reality, the terms liberal and conservative prove meaningless within the historical context of that period. No one party can take ownership of our Founding Fathers. Despite some colonial ambiguity, you are not, and never will be, the party of Lincoln. You are to Abe as Mahatma is to the Hooligans and even Lord Reagan rose the deficit far more than any of his predecessors.

Hint of the Day: Reaganomics was a huge fail for those of us familiar with things called numbers.
Republicans only became interested in deficits after George W. Bush broke the shit over his knee. I have already covered the fifties as thoroughly as a handful of hair grease. That decade was kind of a white privilege/economic socialism combo-package, aka nothing for Republicans to actually cheer about. Rebel without applause?

Try harkening back even further to Jefferson. George Jefferson was both a small business owner and pro gun rights. No? How about to the late cretaceous period? Oh, I’m being told the Republicans blocked the asteroid impact-avoidance efforts of the day. You folks never get it right and, at this rate, you never will. What you have done is master the art of getting shit wrong. You do have an uncanny ability to screw stuff up with a certain fanatical zeal. The brown-watershed moment was when Senator James Inhofe strutted into Congress holding up a snowball to disprove climate change. You are the people who jailed Galileo, who killed Socrates, and who delayed the publication of Origin of the Species for more than twenty years. You brought us McCarthyism, when liberals were more hip on Lennonism. You remain the champions of the less desirable aspects of the status quo. You won’t even eat crow for Jim Crow.  Actually finding an issue wherein you were vindicated is harder than, well, this comes to mind: 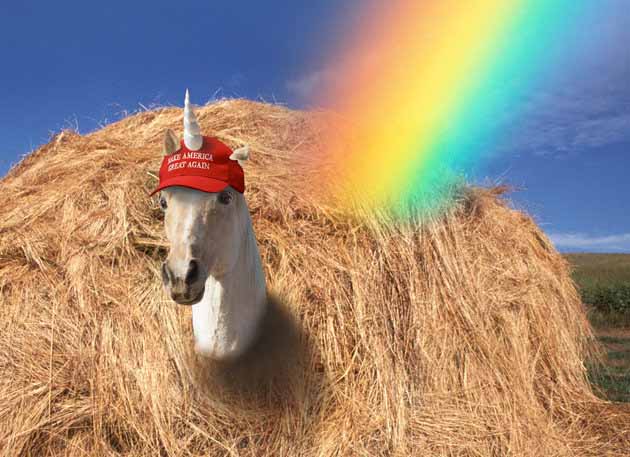 *Image courtesy of the Huffinton Post, uh, sort of.

Conservative idealization can be summed up with Ayn Rand and the so-called Gilded Age (aka, the Industrial Revolution). Their efforts even today to end unions and create right-to-work states are evidence of this misguided nostalgia. They think barons and tycoons will treat the workers better this round, but only because they plan to be the tycoons. Are tycoons the ones that develop in the north Atlantic or the ….anyway, we know how workers were treated before liberal regulations were installed. With their piss poor prognostication skill, how do they remain so confident about anything? If I botched everything I’d take a fiver now …you know, to mull, meditate, and reflect. Maybe even read some of the more talented romantics like the transcendentalists. Walden Ponder?
There is no returning to the Age of Industrialization. Amen. Rampant consumerism will not be the economic model for much longer, regardless of my own views on capitalism or its merits. This is the reality of the near future and yet not a Republican on Earth seems capable of grasping this fact. We need to shift toward sustainability with or without your blessing. Keep looking for those magical non-existent moments from the past to support your poor decisions, but as far as I’m concerned you have nothing to be proud of, period. As you devolve into angry toddlers it’s hard to see how your score will improve. Your perceived achievements are as hollow as your candidates. They are not derived from the actual pages of history, but from an alternate fantasy of fairies and folklore. Trumplestiltskin? Oh, that’s right, you hate fairies. Never mind. What can you expect from a basket of deplorables? More of the same is on the menu until Republicans take a long hard look a themselves. I do appreciate Damon Linker’s take:

Just like Muslim radicalization, we need to avoid the Republican version. How to do this? No idea. John McLaughlin of The McLaughlin Group died last week. Those shows back in the day were very different beasts. I couldn’t tell who was from what party. It was a battle of ideas and, first and foremost, everyone had America’s best interests in mind. We have nothing like that today, on either side, and I fear at this rate we never will.