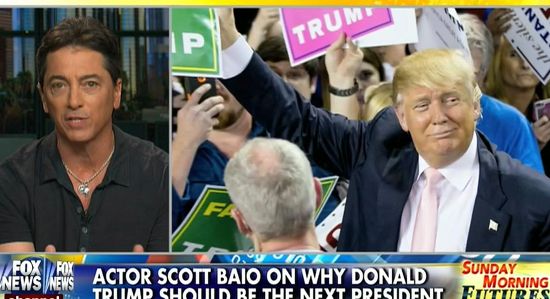 Holy crap! I tried to watch the Republican convention, operative word tried. It’s like that commercial, wherein no one wants to call the insurance guy, so they pretend to be doing chores. Oh, Christie’s speaking? I have to sharpen those pencils in the bottom drawer. I haven’t used a pencil since the Reagan years, but you never know. Oh, Ernst is on? I’m going to take out the garbage, or make some garbage so I can then take it out. I only made it ten seconds into Giuliani’s screech, before I was deciding which items in the freezer could be thrown out during McConnell. Who could forget Rudy Giuliani? …you know, the guy best known for wandering the streets on 9/11 (but only because he was stupid enough to put his command center in Tower Two). And when I say 9/11, I mean Benghazi. You may not be aware, but the country is still recovering from Benghazi. The GOP is like some Munchausen’s sufferer with a head injury. Stop dragging America into the emergency room, Republicans! I know it’s covered under Obamacare now, but it’s still a dick move. Every time I heard the word Benghazi, I went somewhere in my mind… to Benghazi actually, which seemed a much more stable place than the Republican National Convention.

Don’t worry, folks, I will cover the shit show on the left in my next article.

And how about those celebrities, folks? I haven’t seen that much star power since SpongeBob’s friend Patrick knocked out Larry the Lobster. Essentially 75% of the BS spewed over the course of this week-long dolt-fest can be linked to three basic misconceptions.

1.  We are steadily defeating ISIS in Syria and Iraq.

2. The economy is doing OK.

3. Besides this server-thing, the Benghazi hearings found no wrong doing.

These three simple facts invalidate most of the RNC’s false-fest. They are selling the narrative that the U.S. is becoming unglued. You people are all sniffing glue, so let’s give them partial credit. Juan Cole covers some actual national stats, here. It’s amazing to me how half our country is still lost in the fog of some Libyan compound. The remaining items discussed during the RNC were contingent upon a kind of Bush-related amnesia. To understand where they’re coming from you must first:

*Never forget how Hillary Clinton created Al-Qaeda in her spare time while a NY Senator.

I don’t really want to go over these three misconceptions again, but if you think our economy is horrible, ISIS is close to a Caliphate, and Benghazi ended America, then you can turn off Glenn Beck Radio any time now. You should also probably climb out of your bunker and go get some Fresh Air (with Terry Gross).

I agree that some things have gone wrong in the Middle East over the last eight years. Here’s my shocked face. What should Obama have done to quell the Arab Spring? Oh, that’s right, you don’t know either. Did you know it might even be worse when we defeat ISIS militarily? Of course not, you’re Republicans. All of Obama’s decision were hard, post Iraq. Oh, and domestically we’re doing just fine, All Things Considered (with Robert Siegel).

I STILL don’t understand how the Summer of Lovers transformed into today’s sociopathic Foxeteers. Made of Woodstock? Oh, how the smelly have fallen. Meanwhile, more and more folks are blaming Obama for Trump. Really?! I realize they blame him for everything, except the one thing he’s actually responsible for: our stable and growing economy. I haven’t seen less actual substance since Spielberg’s depiction of those Nazi’s opening the Ark of the Covenant.

And Melt Man with the power to MELT!

The premise that Trump is the fault of liberals is unhinged. It’s unhinged even by the GOP’s usual unhinged unhingedness. Make up a bunch of shit, get really mad about said shit, and then blame the black guy that you nominated a sociopathic strong man?! Really? How does anyone still follow the twists and turns of all those glorious turd-nuggets sliding down Bullshit Mountain? I can only imagine how it feels to be a Republican in 2016: scared, confused, and poised to hand over the last of our rights to a tyrant… in the name of freedom.

“The party of Reagan is now in rigor mortis.”