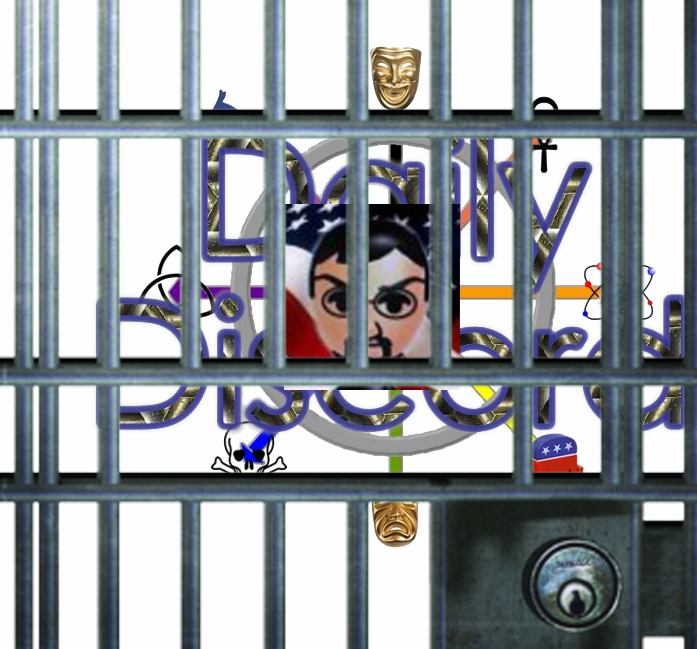 Today, the Land of Social Media Censorship—which is also the worst theme park ever—has taken a turn for the worse. President Trump’s recent ban from Twitter on the way out has birther’d a slew of social media rules of engagement, or at least a new emphasis on enforcing terms and conditions of use.  As a result, a friend of mine is serving a 12-day Twitter jail sentence, while still another was relegated to 30-day stint behind enemy lines in fascist-controlled Zuckerberg. Both incidents were rather tame, unless schadenfreude is now a crime. My friend Dan’s comment involved wishing Mike Pence an untimely demise, not sure of the exact details, but Dan does tend to get rather colorful with his comments. It’s Okay, he’s British. To quote Douglas Adams, he’s mostly harmless. Meanwhile, another acquaintance abused social media by hoping Ted Cruz’s recent seditious antics landed him in some Texas jail in which, as karma would dictate, he’d eventually be “raped by a cactus.” Now I understand about specific threats, but I am not sure this is what anyone would consider actionable intelligence. Granted, there are a lot of indigenous cacti in the region in question, but then his intentions would need to be somehow relayed to a plant in the succulent family, who would then agree to carry out this heinous act. [The following ‘prison succulent’ joke was removed by WordPress.] In other words, there’s a very low percentage of pulling this off. Granted, if someone ever managed, Ted would be doing some pulling off of his own. On a side note, if he loses his job in the Senate, it would be a real shame if he wouldn’t qualify for Obamacare.

Millions have been logged off social media for statements deemed offensive. My friend and blogvesary is right about one thing, any form of censorship is a scary step along the freedom trail. I understand the need for more rules on social media platforms when one political party uses such platforms to stage their recent dimsurrection, but I think any encroachment on our 1st Amendment is still fraught with peril.

This is why my “answer” was not to ban or issue virtual timeouts for offenders, but rather go with the warning label option for potentially damaging content. Full article, here. Yes, this comes with some issues: who watches the watchmen? and the associated logistical problem, but that’s where we’re at, kids. Either way, I’m not one to champion the silencing of the lames. Coup attempts and viable threats, sure, but anything else should be permissible. As I mentioned before, the platform has some rights here but they need to tread carefully. If my friend could put down his QAnon dispatches long enough, he could actually help me figure this one out.

It’s funny how republicans love their freedom, yet they are the ones who time-after-time beat the shit of our rights to the point where rules must be imposed. Coincidence? I don’t think so. The gateway to fascism is much less likely to spring from a safe space than the GOP’s stated and publishes platform. For references see Dick Cheney, Donald Trump and several other dicks. Reminds me of my article, Republicans Love Their Country Like a DV Perp Loves His Girlfriend. It is a bit abusive, isn’t it?

Look, if you like the electoral college don’t use it to elect the two most incurious presidents this country has ever seen. And if you like capitalism as a model, stop playing roadkill with huge swaths of our society as you grease the wheels further for vulture capitalism. Similarly, if you love the 1st amendment, to save it why not start by utilizing your right to remain silent? Some self-policing would be nice, wouldn’t it? I pointed out the problem of lack of republican gatekeepers on their own hate threads a decade ago, here. It hasn’t gotten any better. You might think this is anecdotal, sure, but I have been reviewing such threads for over a decade and I can tell you, in general liberal comment threads seem to have gatekeepers and, in general, the rightwing equivalent simply does not.

Labels seem a viable solution to this issue. My collective work, for example, should be listed as either ‘satire’ or ‘brilliant.’ *cough* I mean, ‘opinion’. Other countries apparently allow much less shenanigans in this interweb and for that we should be proud of our freedom of speech, but it has gotten us into a bit of pickle, hasn’t it?

Silicon Valley presumably uses key words to label or root out offenders, so if I said “Luts Chute Trump in the Arss,” I’m probably safe, but is that really the point? Social platforms used to rely on people reporting a given post. Why not simply make it easier/encourage/incentivize/support more reporting? Then the “offensive post” gets it’s day in virtual court and they don’t have to worry about policing the other 99% of the rants out there. If you feel threatened or wronged, report the damn thing, otherwise let sleeping blogs lie.

I have written thousands of pages here on the Discord and certainly some go over the line, so to speak. 99.9% of the time I am calling for a peaceful solution to our issue but my worst comments? Hmmm. I don’t know what the top ten worst ones might be, but after two decades I’m sure there’s a few doozies. I do remember one recent comment: “I am comfortable calling myself a dissident online, because I’m reasonably sure the word is not part of our president’s vast lexicon.” It’s a joke, but there’s a little truth in there, for sure. Christopher Hitchens once said the designation of dissident “is earned, not claimed”, so, uhh, hmmm. Well, moving along…

At some point I would proud-boyly stand against an authoritarian president. We came awfully close under Trump, didn’t we? How far would I have gone with four more years to the backdrop of a mad man dismantling our constitution? After all, I have discussed the fascist-shift from the right in great detail here on The Discord, and I am not going to sit idly by as we take a few more ideological goosesteps despotwards. Why should I? F the Nazis. And, intercourse the penguin, for that matter.

Wow. I thought for sure Winslow would censor that one. Well done! Thank you, Mr. Winslow! Let’s hope this marks a new beginning of—