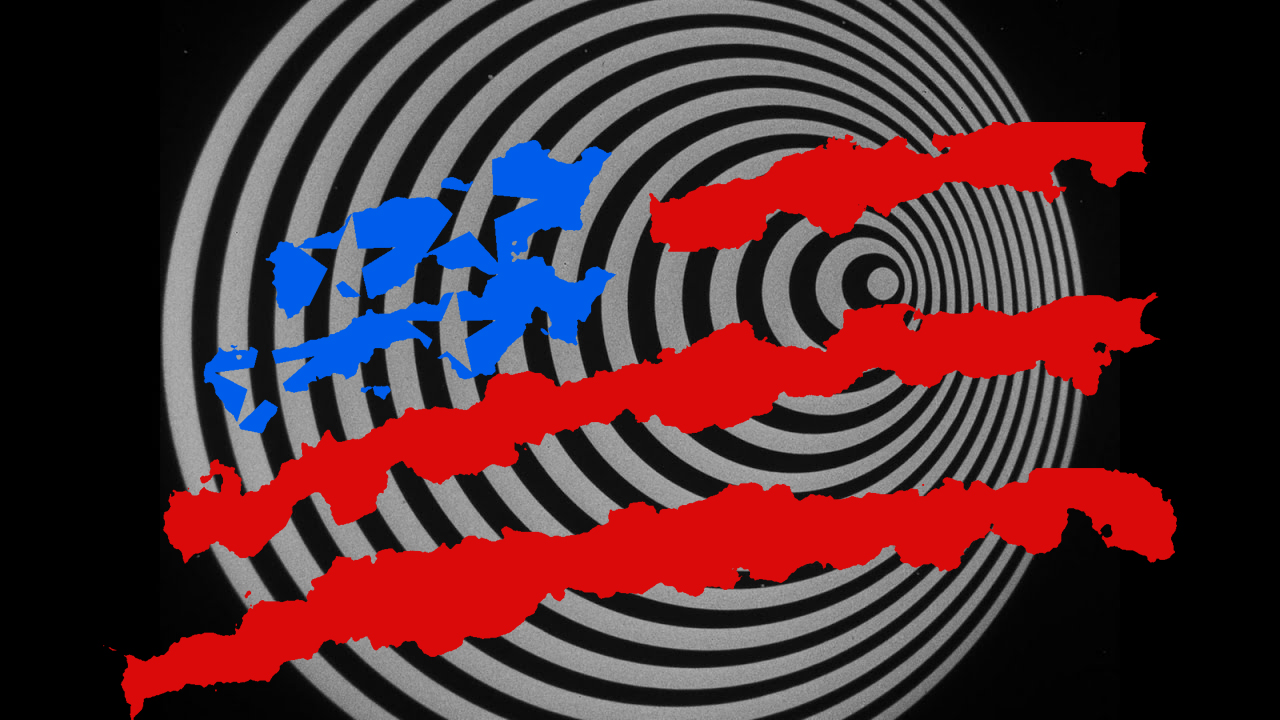 Happy codependence day! Yes, in 2020 we all have an unhealthy and abusive relationship with our country. While some of us are active enablers of encroaching authoritarianism, still others are trying to call 911 from their Seattle CHOP-zones. Neither makes a ton of sense, but what I want to know is this: how have those among us actively supporting tyrants been awarded a monopoly on patriotism? Is the problem really the folks tearing down monuments or the ones tearing down our institutions? I am patriotic, at least I tend to be when competent people are running our country, but a blind allegiance to any country is not nationalism, it’s dangerous. My friend and blogvesary touted his love of country over this independence weekend on FB, which immediately casts all the progressives in the comment thread as unpatriotic. This is interesting when, at least politically, my friend’s views are like if Neville Chamberlain had his spine and balls removed before being placed on a Soma Quualude IV drip. Supporting the worst president in this country’s history, a man who’s actively flexing his autocratic muscles, is not patriotism. Actively contributing to America’s decline via rallies, Mt. Rushmore, or megachurch gatherings does not represent patriotism in any way shape or forum. And my friend’s message of love is really a cover for an endless rightwing enabling campaign, marked by blind spots, cognitive distortions, biases, and an almost fanatical devotion to the dope.

[Spanish Inquisition joke removed and used as a playbook by the DOJ.]

How does a supposed free thinker with clear religious sensiblities unknowingly support the rise of a dictator? Trump is old, incompetent, and has lost most of his hold on the military, so we may dodge this particular bully-bullet, but let’s be clear: the Trump base and the GOP would allow him to end our checks and balance and effectively seize full control on the flimsiest of narratives. Anything Trump invents would make this move ‘the next logical step.’ There’s no other conclusion one can reach when watching the utter supplication of the Foxeteers during the rise of a strong man. History repeats itself as the German Catholics and Protestants all fell in line with the Nazis on the lead up to Hitler’s reign. The Holocaust Museum cites these societal ingredients that led to their fascist soup:

A backlash against the Weimar Republic (‘a time marked by new social freedoms and vibrant artistic movements and the political,’ damn bohemians), economic, and social changes.

A rising resentment toward the international community.

Sound familiar? So the religious folks got spooked and fled to the more structured and controlled environment offered by the Nazis.

“After 1945, the silence of the church leadership and the widespread complicity of ‘ordinary Christians’ compelled leaders of both churches to address issues of guilt and complicity during the Holocaust.”

Or, the UK Sunday Times:

“The bishops may not have shared the Nazis’ justification for the war on the grounds of racial ideology, but their words and their images gave succor both to soldiers and the regime prosecuting the war, as they lent the war an additional sense of purpose.”

Now the underpinnings of Nazism doesn’t necessarily make for the current republican scheissgeist equivalent, but there’s a certain palpable complictness by Fox & Friends during the rise of Trump. Sure certain religious leaders are breaking from the president, but most are holding the line even now. He’s a despot, but he’s our despot. It’s not hard to imagine the next step in November, when Trump says, “They stole the election! Your country needs you, I need you!”

Anything would be better than adopting policies that work in other countries, apparently even open fascism. Sadly, I spent a few minutes of my Independence Day arguing with a so-called patriot on the book of faces. I got marginally sucked into my friend’s dark world after trying only to address my blogvesary. I’m trying to be supportive of his triumphant return to social media, but then I got a surprise attack from port in one of his comment threads. Here’s how I wanted to answer:

Travel abroad to gain some perspective? Umm, perhaps you’re not aware of the travel ban for ‘Muricans.

Join the military? Only if the intelligence community sends me the daily briefings, because someone should probably read them.

With my ideology I should move to Canada? Again, Americans are not welcome abroad or next door, but otherwise wonderful suggestions.

Who would allow their children to join a military wherein the commander in chief is unwilling or unable to read a short intelligence briefing each morning? Seems more pathologic than patriotic. How’s being wrong all the time a key to being a good citizen? How does my friend, a self-proclaimed truth seeker manage to get it so wrong all the time? He’s a savvy dude who crafts well thought out essays, but then his conclusions invariably come courtesy of a pack of pre-sniffed Trump Sharpies.

I came across this quote that reminded me of his faith-filled, critical thinking brand of truthiness quest:

My friend has a clear message: don’t fall into groupthink, and by no means is he even .0001% Nazi, but I don’t understand the juxtaposition of his blind spot for the most dangerous group thinkers of the modern age, aka the political elephants in the room. The combination of the might of this country and the ignorance of this faction makes them arguably the most dangerous in 2020. He defends them with little acknowledgment of where his voting choices will likely rank, historically, or even the consequences of placing such fools in positions of power in the first place.

If the GOP were Godzilla, this legendary beast is overall deemed a force of good that rises up to defend mankind against a number of grave and horrible threats. Pokey would cover these heroic moments in detail, but would kind of forget the whole part about his tendency to roam into Tokyo Bay every once in a while and raze the city. And there are no good parts to the republican party, in fact, they are the other monsters.

Thinking for one’s self and looking at the problem from a fresh perspective is important, but how do each of his journeys into originality end with the same tired and fabricated Fox News talking point?

I think I have some clues. Perhaps Pokey thinks of himself as the friendly neighborhood Pokeysttivah, returning from Christ consciousness to the trenches to build a just and noble rightwing level of consciousness? Is that your game? How does self-mastery and attention to attention end in blatant Trump-enabler? My prognostic prowess is typically dead on. We’ve debated for twenty years, not twenty minutes, so where is your list of warnings that came to fruition?

With his background in philosophy, Pokey’s always shooting for some version of the dialectical debate, rooted in Socrates and Plato, or that need to build any argument through a dialectic back and forth—agreeing on each tenant, belief, and point before moving to the next deeper concept. But he adds a dash of Hegel into the mix, a belief that society itself can benefit from a similar process. He uses a problem-reaction-solution model wherein conservative/traditional concepts must be agreed upon before we delve into anything remotely more complex, aka liberal. This is the heart of Pokeism. He can deconstruct liberalism, which to him isn’t grounded in anything meaningful and is thus lacking a firm foundation. He likes the simpler peeps with their concrete ideas about life, the universe, and everything. Let’s start with a good sacred text, the Bible, and some important founding documents, like the constitution, and let’s have a healthy fear of anything shifting too quickly Bernieward. This is not too dissimilar from Ken Wilber’s criticism of liberals from his Post-Truth World, wherein he blames liberals for a lack of leadership in charting a clear course into the next level of consciousness.

Wilber’s beef stems, not just from liberalism’s tendency to rail against the “monotheistic universality” inherent in the ethnocentric/republican/amber level of thought, but how parts of progressivism have devolved into an overemphasis on multiculturalism and a dead-end moral relativism. And the danger of green, far left consciousness is spurring a new “refragmented tribalism” with its intolerant revolution on intolerance. Both Pokey and I echoed some of these concerns over the years, but to be crass for a moment and speak from a purely political perspective, I don’t give a rat’s ass where individual republicans may be at with their own evolution of consciousness, or even their moral/social development. What I have honed in on is the actual political scorecard, which, in short, can be summed up as liberals tend to elect pragmatists and conservatives tend to elect assholes. It’s as simple as …well, Trump’s base.

Dubya may have been a compassionate conservative with some newly blossoming world-centric tendencies, but his intellect was a vulnerability and his leadership was ultimately overshadowed by someone clearly amber/ethnocentric/fascist, aka his own veep. Fast forward to today and you’d have to go way back to find where and when Trump represents the leading edge of human consciousness. I’m actually thinking around when we moved from a neural net to more of a primitive neural cord, sometime amidst the early Precambrian era. There’s a yuge disparity here so why do you insist on ignoring it?

If you are being drawn to the truth, what in your God’s name does that have to do with Bush and Trump? What does it have to do with autocracy, hegemony, despotism, authoritarianism, nepotism, narcissism, and greed? These are the synonyms for your political party, not whatever the hell you idealize it to be. It’s all delusion. Or a Slate article today: Liberals around the world have let right-wing authoritarians claim patriotism as their own, with disastrous consequences. It’s time to take it back.

Forget a dialectic approach to defining basic truths, forget consciousness theory, forget Christ consciousness and Buddha consciousness for one minute and think purely political. There’s a score in that department in 2020 and for you and your ilk it’s a damning one.

What part of this administration are you so proud of on this independence day, my friend? The systematic dismantling of the following: the Department of Justice? Our consumer protections? Our environmental protections? The oversight panel that monitored Trump’s 2-trillion stimulus package? Our compliance, whistleblower, and IG network? The separation of church and state? Our checks & balances via the marginalization of Congress and the purging of judges, a third judge was just removed today.

Or are you proud of the coming collapse of the US dollar as the world currency? The next great depression? The trillion that disappeared before the collapse? The mishandling of the pandemic, aka the worst response on the planet? Our country’s diminished role in the world? Our country’s diminished respect in general? Our stone-like drop in the ranking in everything from healthcare, education, freedoms, happiness, to overall quality of life? Today, the Trumpinator struck another blow to preexisting conditions while green-lighting vulturistic health plans, here.

What faction of your party is your favorite? The criminal syndicate elements aka Trump as crime boss? The currently marginalized warmonger faction? The authoritarian enablers like William Barr? The fascist alt-right faction like Bannon and Miller? I know you believe you are part of some imaginary other-group of republicans, but who cares if the people you elect clearly fall into one or more of these aforementioned deplorable categories? We can’t fix this in 2020 and, again, that was my prediction, not yours.