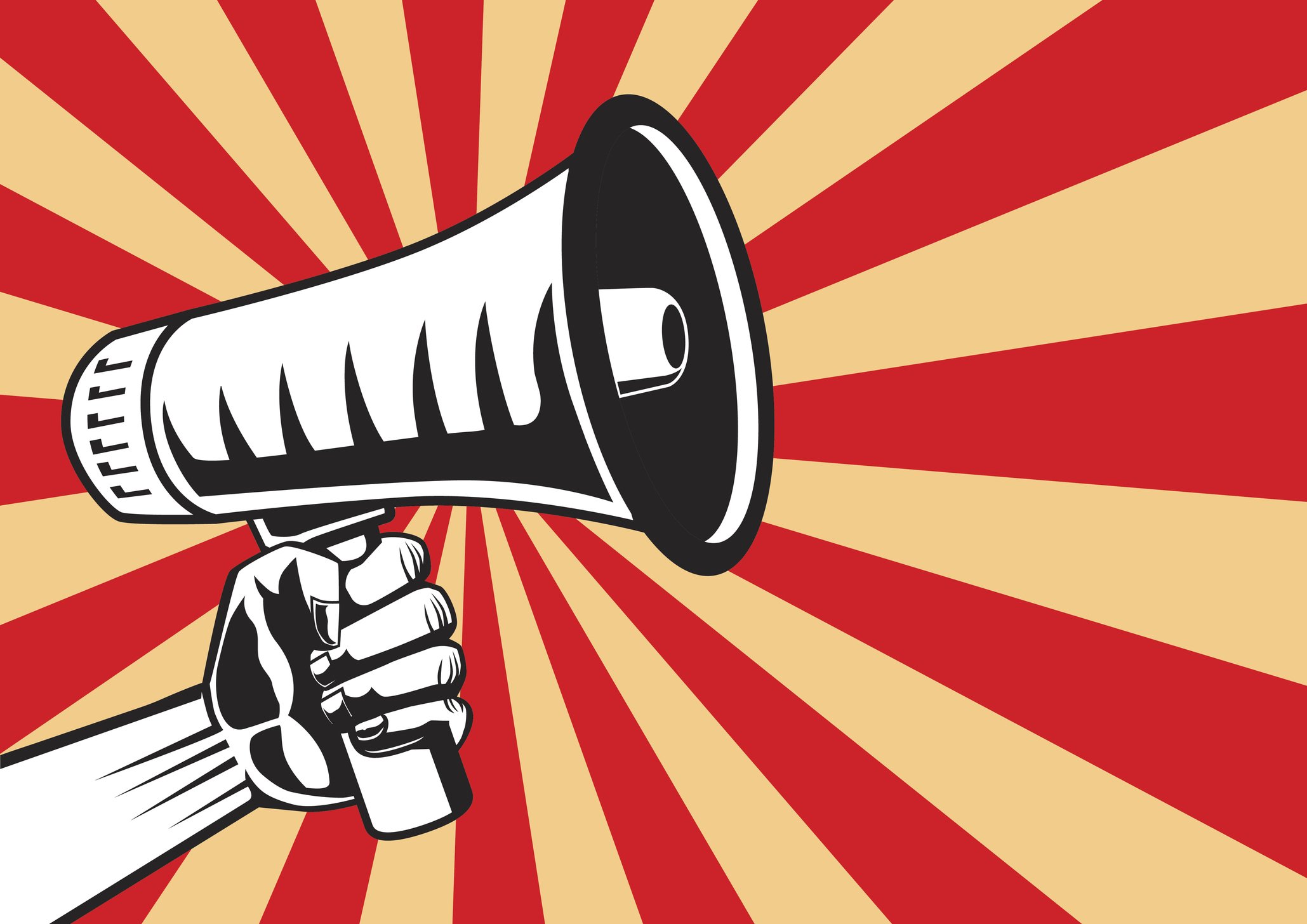 Republicans don’t give a damn about free speech; they only want to defend their own bullshit. They’re intent on dismantling our Constitution in the name of greed, and if a side effect of this post-truth world allows for a criminal kingpin to occupy the oval office indefinitely, cest le vie. Caveat emperor? Defending the republican’s right to lie is where the rightwing allegiance to our first amendment begins and ends. They’re not constitutionalists; they’re snake oil salesmen. The GOP is fixated on suppressing voter turnout, keeping America white, expanding the militarized-industrialized complex, and accelerating the disparity of wealth. And amidst that busy schedule, they found the time to dismantle our 1st Amendment. My friend and blogvesary, the Pokester, is pointing to the liberal attacks on our first amendment and, as usual, ignoring the elephant in the room. Wake up! No, really, if you’re supporting a Trump-redo you’ve obviously sustained a serious head injury and if you fall asleep you could suffer a cerebral hemorrhage.

The republicans take on every issue is somewhat nauseating and our freedom of speech is no different. They want to use it to protect hate speech, defend authoritarianism, propel propaganda, spread their religiosity, sell their snake oils, champion fake news, and endanger people’s lives with false information. After all, uttering lies is the wind beneath their cheeks.

“I may not agree with what you say, but I will defend your right to— [clutches chest and keels over due to false medical information].”

Lying is protected, but the truth? Yeah, that’s gonna cost ya. We haven’t reached Putin levels of controlling bad press yet, but it’s not for lack of spying. Freedom of the press is a hallmark of the 1st Amendment, but even that isn’t sacred under Drumpf: say what you want, but please know that covering me in a negative light will pique the interest of our AG. Last week Trump called for the firing of a Fox News reporter for standing by that Atlantic piece on how Trump referred to dead soldiers as “losers” and “suckers.” If you don’t think the press is under attack in 2020, maybe Trump was referring to you?

Another key component of the 1st Amendment is the right to assemble, peaceably. Unless of course, Trump needs a photo op, in which case lawful quickly turns awful. That protest in Lafayette Square, the one cleared with tear gas—excuse me, the generic version of tear gas—was such a lawful assembly. They probably forgot to mention that on Fixed News. Our right to protest is clearly under siege in 2020; good thing a known fascist isn’t seeking a second term or we could be in some really deep schitznik.

“On May 28, Donald Trump demanded the First Amendment right of free speech for himself on privately owned social media, and then, four days later, declared war on the people, gathered on public property, as they sought, in the words of the amendment itself, ‘to assemble, and to petition the Government for a redress of grievances.’”

According to The Atlantic, Trump is also paving the way to sue and destroy all those who organize protests against him …just as our forefathers litigated, I mean intended. But there are also more subtle attacks occurring on old number one, which under Trump is starting to smell more like number two.

The Atlantic hones in on the president’s bizarre interpretation of our 1st Amendment, which they claim started with Sarah Palin’s take: I get to talk and I should not be ridiculed for the words that come outta my mouth. So she attempted to shift free speech toward an immunity from criticism from said speaking, which was never the original intent. Trump, who can smell bullshit from several campaigns away, wants to build on that theme. Trump’s recent attempt to ban on TikTok and WeChat, two Chinese companies, is arguably one such overstep. The right suppresses free speech when it suits them, especially when they think they can earn a buck or, in this case, seek revenge. Trump is labeling TikTok and WeChat a national security risk and banning them. Cyber experts are calling the risk predominately theoretical. So a real national security threat is weighing in on some less obvious varieties.

Forbes uncovered the real reason: these two apps were behind the purchasing of a bunch of fake rally tickets, aka a ploy that ultimately hurt Trump’s Tulsa rally reboot.

As for the constitutionality of Trump’s attempted ban, Kurt Opsahl, Electronic Frontier Foundation, said, “As courts have established, code is speech, so any law trying to ban software would raise First Amendment issues.” —Newsweek.

Additionally, when Trump blatantly lied about voter mail-in danger, Twitter had the right to censor but rather chose a presumably safer middle ground:

“Twitter did not ban Trump from the platform, or censor his tweet, although it would have been fully within its rights to do so, and in accordance with its own terms of service. It merely appended additional context showing that the president’s claim was false.” —The Atlantic:

So, of course, because it’s reasonable, Trump is determined to end it with an executive order. Shock emoji. According to Time Magazine this move:

“…threatens to undermine one of the most important statutory protections of free speech in American law … through his executive order, Trump is empowering attacks on citizen speech and doing so by expanding the reach of the federal bureaucracy … Trump’s executive order jump-starts a process that could well put citizen choices under a politically-motivated government microscope. He’s not just defying Congress, he’s endangering the Constitution.”

My friend lives in the land of false-equivalency. If there are anecdotal attacks on free speech, he will focus on those alone, while missing the whole lynchpin-of-the-amendment-crumbling thing. He’s lost in the minutia and always has been. Basically, it’s a hodgepodge of liberals who are easily offended vs a series of executive orders and actions that could well undermine the spirit of our 1st Amendment itself. You can lead a Gumby’s horse to water but you can’t make him think.

Republicanism will eventually be synonymous with lying and should come with a warning label. Say what you want; it’s covered under the 1st Amendment, but just point out either Known Republican Source or Damaging to Public Discourse. I realize we’re a long way off from labeling republican comments mistruths, but why is that exactly? I have been sounding the alarm for decades. Shouldn’t 2020 come with some hindsight? You have the right to lie, but the platform can immediately point that out as part of their own free speech. It’s not just about the republican’s freedom to misinform, others clearly have equal rights under the constitution to call bullshit, period.

Granted, this comes with its own who watches the Watchmen considerations, aka who fact checks the fact-checkers, but it’s better than blocking free speech, no matter how conservative. The platform/company has rights and has some liability with regards to content appearing on their forums and the individual has rights, so striking a balance is key. But when you get to Trump levels of misinformation, aka comments that endanger the general public, I say post away but add that warning label.

What Pokey is correct about, but it’s hardly news, is how liberals are rendering all communication impossible by stifling language and usage in general. Soon we will see sites deemed ‘safe blogs’ that will agonize moreover not offending anyone and then providing relevant information. Worse still, the liberal ideology is only slightly savvier than republicanism, so will they drop to republican levels of misinformation just by pigeonholing themselves? Wait, that’s offensive to pigeons! Strike that remark! And my Bowling for Columinbidae joke.

I did an experiment last year and posted some accurate, but anti-liberal posts, one of them: It’s Hard To Plot A Revolution From A ‘Safe Space. And some “fans” checked out. I lost about 25 peeps in a week or so, which might not sound like a lot, but it’s a noticeable drop in FB-land. Another point, those articles weren’t even clicked on, so people unliked The ‘Cord based on the headline & the teaser only.

Sure understanding our racial undertones is important, but if the pendulum swings too far it is not only damaging to our freedom of speech but our ability to articulate our arguments and share information in general.

NY Magazine’s recent ousting of conservative columnist Andrew Sullivan is the latest leftian purge, or as Andrew called it: “woke McCarthyism.” I don’t want to dismiss the horrors of the left in 2020, but we are very near a revolution and an openly authoritarian executive branch, so pick a side. Are you ANTIFA, or are you a fascist? It’s a simple distinction, so don’t overcomplicate it.

Republicans: whatever you say, no matter how damning or evil is worthy re-election red meat.

Yeah, this is a bad portent for the future. The right is holding ranks, while liberals are hosting the equivalent of a gender reveal party in the Southern California foothills.

[The future is alt-bright by me joke removed by Madeline Albright.]