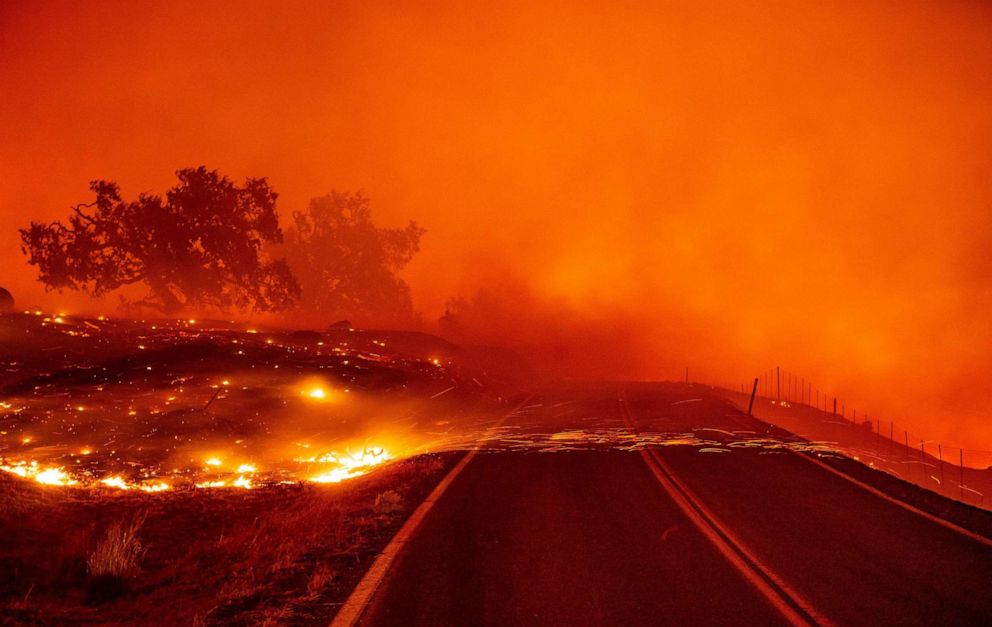 California Screaming—In a phone call many are calling “dumb,” President Trump told the Governor of CA that no federal funding would be available to fight fires for “Libsylvania Central,” unless Governor Gavin Newsom could help him come up with some snappy nicknames for the current Democratic front-runner, Elizabeth Warren. The Governor’s office has yet to comment, but claims he has come up with something in the ‘naughty librarian’ genre that he’s quite proud of. Those close to the governor believe he will not submit to this extortion, but he really wants to share the name with the media for comedic purposes.

Trump told reporters today, “I am allowing some federal resources to help save the Reagan Library, because that’s an important national park. I think the original Bedtime for Bonzo is there, a national treasure. The rest of California can look like the Towering Inferno meets Richard Pryor’s face for all I care.”

Those close to the president say he’s seething that Governor Newsom is withholding the witty nickname and is floating the use of an executive order to force him to release it, citing national security issues.