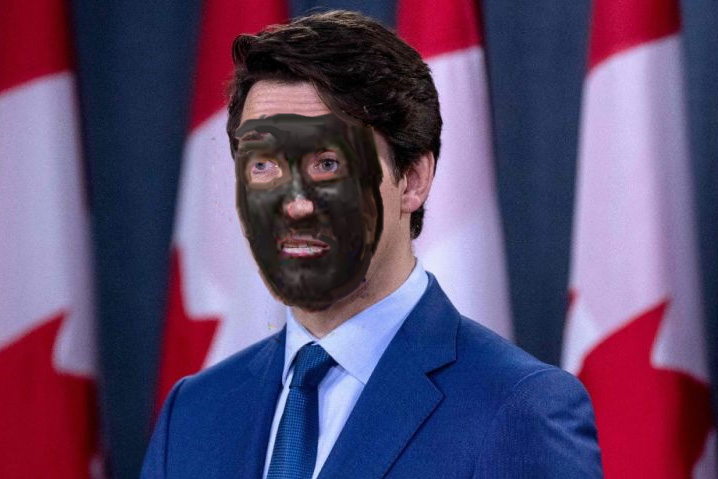 In a reversal many are calling an about blackface, the Prime Minister of Canada Justin Trudeau donned his God-given skinnage and proceeded to apologize to Caucasians everywhere for wearing whiteface for the majority of his tenor in office. Conservatives and populists are calling his actions reverse racism, contra-skindicated, or, at the very least, an inappropriate skinverse relationship. Polls suggest, as a black man, Trudeau has increased his chances of maintaining the primeministership expo-epidermanentially. Yeah, I gotta get a day job.

Trudeau later told the press, “I really thought if I acted like a cool white person, which is almost unheard of these days, I could help that ailing race regain some scant credibilty . I was trying to do the right thing for whitey …as a black man who cares.” The Prime Minister then finished with a joke he’s been perfecting since grade school, “Trude-dat.”

Those close to Trudeau claim, “He’s still working on that.”