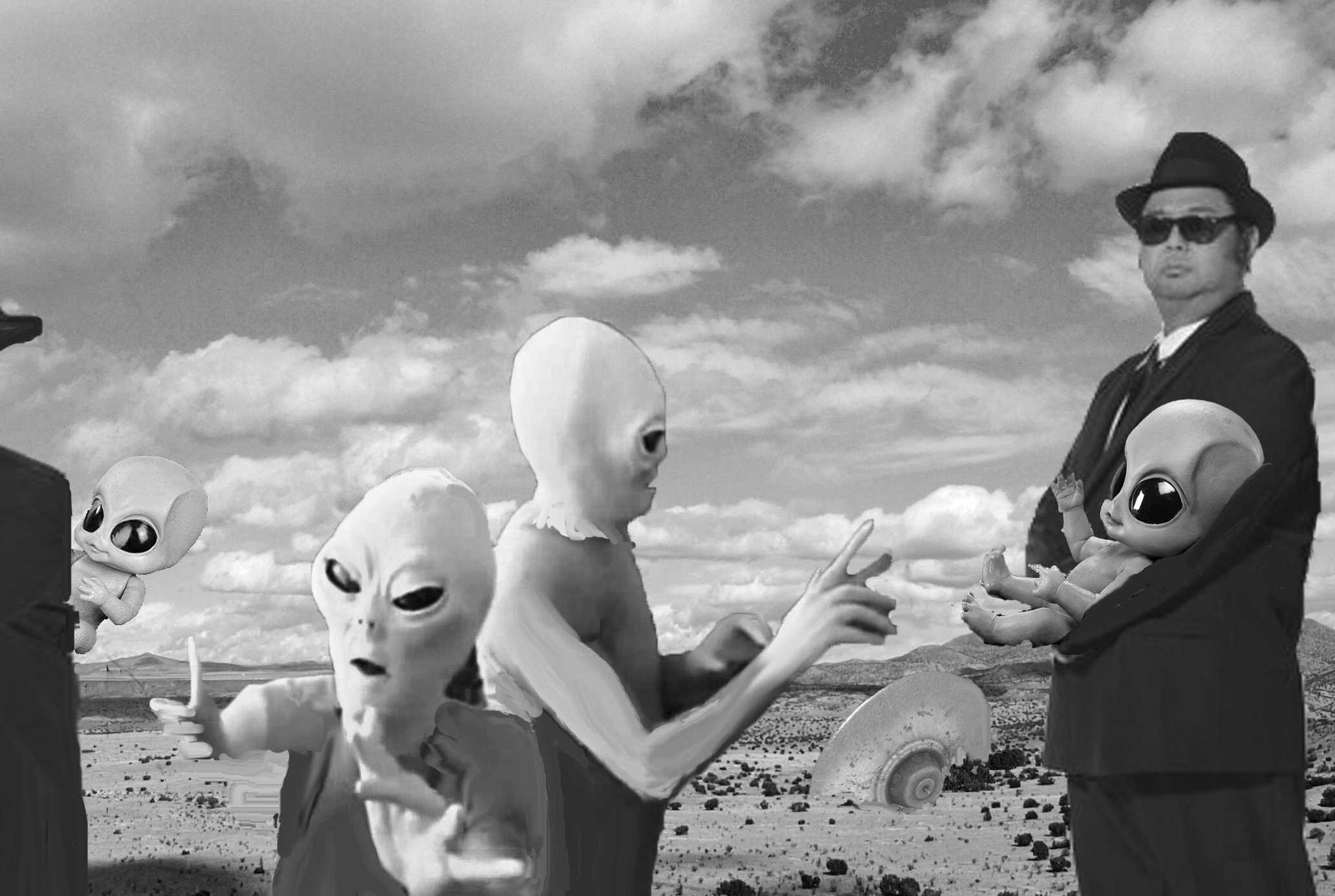 Roswell, NM—The current governor of New Mexico, Michelle Lujan Grisham, is under fire for actions taken by her office many decades earlier when a UFO crash landed in the desert northwest of Roswell in 1947. There are also reports hovering around this story that the alien children were kept in cages and received poor medical care, which may be attributed to their reptilian circulatory system and almost machine-like neurophysiology.

The head of ICE is defending the actions of the MIBs. “The parents of the Roswell aliens claimed asylum for abuses that occurred on Alderaan. Do you know how long that case was going to be held up in the courts? Our red tap would need warp capabilities just to process that shit. Look, when we let alien aliens loose before their court hearings, they have these beacon things to call their mother ships, so they’re long gone …like really long gone. The Greys are never going to show up in court, which ends up being a waste of taxpayer dollars.”

President Trump added, “Grey aliens and their reptilian cousins, those reptawhatsas, need to fly back to whatever shithole planetary system they came from. There are huge caravans of aliens heading to this planet, right now, or what our acting-acting Secretary of Defense, Bob or something, is calling ‘an invasion force.’ I don’t want war with the aliens. I want them to stay at my hotels and then I want to find a way to get the American taxpayer to pay for it.”

A survivor of the ’47 crash, Captain Regelus of Tau Ceti V, told reporters, “Those MIBs were total douchebags! Next time I’m zipping around in my new Quantum Infinium I’m going the full abduction scenario on those assholes. I just got those bigger probes delivered from Amazon Prime. Bezos is so much like us. Great guy. We will eat him last.”

[One small step to serve mankind joke burned up on reentry.]