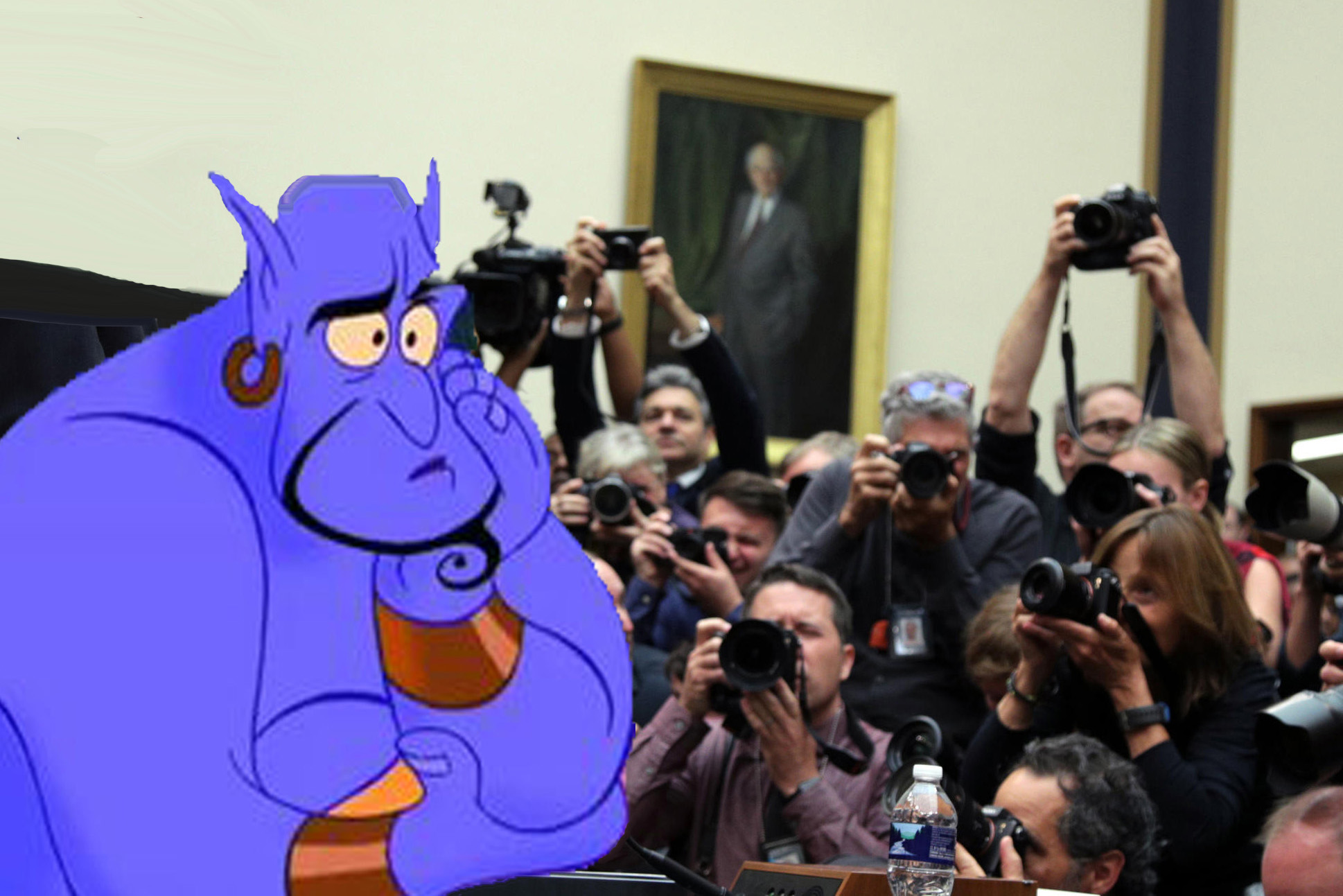 South Agrabah—In another stunning abuse of power, a second released transcript shows President Trump demanding one more wish from Aladdin’s genie. According to the transcript, the president said, “I want another wish! This is treason, because I get a third wish!! I’m signing an executive order for another wish, right now!!! For my next wish, I want Prince Aladdin to grant me permission to build a Trump Tower in Agrabah.” The genie added under oath, “A world leader should be able to count to three. I told him, I said, you have three wishes, Mr. President, and one of them can’t be to wish for more wishes. He proceeded to wish that Biden would make more gaffes on the campaign trail, which was granted …for what it’s worth. He used his second wish to have his last tweet—the one he just hit send on while we were talking together—shifted directly to the WH private server. And for his third wish he wanted that Hillary IT guy to wipe the whole drive clean. He claims that was two parts of the same wish, but I called bleach bot. I mean, bullshit.”

When the genie failed to grant the president’s fourth wish, Trump became enraged and shouted, “Someone knock on Giuliani’s coffin! My lawyer is going to sue your blue ass into the red!! And then my AG is going to take away all of your travel privileges; no more magic carpets rides for you, Mister! Then I’m going to stuff you back into that lamp and shove it up your own ass!!”

The genie then laughed while recounting the conversation, “Does he even know what he’s saying anymore? But I will say, we were both very animated.” The genie continued to calmly answer questions at today’s congressional hearing. At one point he did become angry and turned Senator Lindsey Graham into a worm, but then thought the move was “redundant,” so he turned him back again into his normal wormyness.

A Special Counsel has been assigned to determine if the president can, in fact, count to three. The president is already calling this appointment: “A Wish Hunt!!!”